The Goo Goo Dolls commercial success came with their sixth studio album, Dizzy Up The Girl, which produced five hit songs, and two number one singles including “Dizzy,” “Slide,” “Black Balloon,” “Broadway,” and from the blockbuster movie, City of Angels, “Iris.”

When American Songwriter sat down with Rzeznik and Takac, we found that each artist approaches his craft differently. Rzeznik is the “hit” maker, and Takac still creates the same heavy-flavored tunes that their fierce cult following has come to rely on.

What is the most fun song you have ever written?

Rzeznik: “Big Machine.” Before I wrote the lyrics for it, I enjoyed listening to the music. It’s really weird.

What is the hardest song you have ever written?

Takac: The hardest song I ever wrote I haven’t been able to finish because it was too damn hard. You know, I have tapes and tapes of songs that I have written that so hard that I can’t finish them. Sometimes I think, if it’s that hard, them maybe I need to move on, and that’s generally what I do.

What song are you most proud of?

Rzeznik: I’m proud of all my songs, but I’m proud of “Iris” because it became such a monstrous hit, and I’m proud of “Slide” because everybody was saying that it was such a happy song. Did you really listen to the lyrics – it’s talking as morbid as hell! It made me proud, because I can be that clever! I’m proud of “Sympathy” because it’s the most honest, autobiographical thing that I ever wrote. I am proud that I kept it simple on the record. It could have easily turned into an overblown ballad but I thought it would take away from the real meaning of the song.

What was the easiest song you ever wrote?

Your band is known for its live performances. Do you write songs that you know will work well with your live show?

Takac: I never thought about that, but, God, I hope so! I guess I need to think about that more! I think it all figures in, because you know eventually that you’re going to have to walk in front of a bunch of people, and play these songs, so I’m sure at some point your psyche says, “Okay, well I know what people like, because I have been watching them for a long time.”

What was the songwriting process for writing Gutterflower? What mind set were you in – what were you thinking and did it translate to the record?

Rzeznik: I just sat down and played my guitar for fun. I try to love the instrument, and try to feel what playing the guitar did for me at my worst moments. There’s a lot of freedom in that, and then, all of a sudden – bammo – you come across something. And then you have to chase it and it’s work. The spark of inspiration is a nanosecond and you have to have your eyes open for it. Then you bring out the hammer and nails and start crafting the song.

Do you have a songwriting process, and if so, what does it entail?

Takac: It entails jamming around on whatever instrument I am using at that minute, and when something sparks, the work begins. But without that flash of inspiration you would have nothing! You sit there and work at it and work at it until “Poof!” it happens and then there you are and then you’re like “Wow! This is good!” or “I’m not sure, but I’ll know tomorrow when I’m sober.” Sober not from dugs or liquor, but from the fact that you know you’ve done something good!

What song or album truly inspired you to become a songwriter as opposed to just being in a band?

Rzeznik: When I heard the music from Tim (The Replacements, 1985), I said, “I feel what this guy feels!” When you’re young, “Oh yeah, I’m going to mimic him,” and that’s what we did! That’s all we did! That’s all I wanted to be. I wanted to be a combination of Tom Petty, Bob Mould, and Paul Westerberg. I have afforded the luxury to move past my influences a little bit. Those were the people that taught me: those were my mentors, whether they knew it or not. I always showed them the respect, which is due, and my heart; Westerberg had a hundred miles worth of soul!

What kind of advice would you give an aspiring songwriter just starting out?

Takac: Make sure you like what you’re writing, because it might become a hit and you’ll have to play it 500 times. 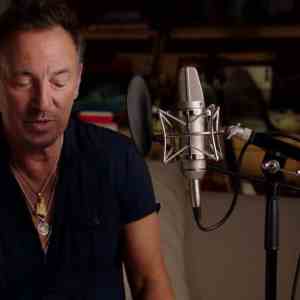 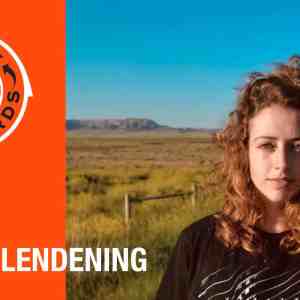