2020 will mark the 100th Anniversary of the ratification of the 19th Amendment, when American women wrestled their right to vote from a Constitution historically reticent to grant the equality it precisely extolled.  Research shows this album might be the first effort by a male artist to record a collection of women’s songs.  Though its intent was not to earn that distinction.  Instead, this record, Grant’s 10th, was made in recognition of the courage and fortitude of those brave women, as well as the continuing struggle for women’s equal protections under the law.

It started, of course, with a song; it evolved into something of an experiment, and then wound up being an improbable album with an uncomfortably loaded title which I would release in an improbable year:  the 100th anniversary of the passage of the 19th Amendment, when women got the right to vote.

“Bad Wife” is a personal collection of songs I gathered from the road, where I heard friends of mine—all of whom happened to be women—sing them in live settings.

The album is not so much a tribute to women on whole, as it is my attempt, however lame, at an expression of solidarity with the women artists who slug down the same darkened roads that I do, but with the additional obstacles of chauvinism, sexism and discrimination.

Yes, this gig, this way of life, is way more difficult for women than it is for men.  That’s just a fact so plain it doesn’t even warrant me trying to argue it here. (But…just compare the number of Steve Earle to the number of EmmyLous on festival rosters in the folk/roots/Americana genres.)

The song that was the seed of the record was “Iris,” written by Wild Ponies bassist and lead singer, Telisha Williams.  I first heard it in 2012, at the Monticello Opry House in Monticello, Florida. The song was an Appalachian-tinged remembrance of Telisha’s tobacco-chewing, pistol-toting native American grandmother

Springsteen said once that he didn’t become a writer until he learned to ‘sing in his father’s shoes.’   What he was getting at, of course, was that empathy is the transport vehicle into true artistry. In a variant of that paradox, I had written songs from others’ perspectives, but I had never really sung other people’s songs.  The first fifty songs I learned, in fact, were my own. But I began to wonder that day what it would be like to inhabit that song of Telisha’s, to become, as it were, her, and to bear the wound of the now-adult five year old girl whose grandmother had never hugged her, or even really acknowledged her presence.  That song stuck in my chest like a Narcan needle.

I began trying to find the nerves of “Iris,” and the experiment thus began in earnest. Other songs soon bumped into me during various festivals and co-bills, and stuck to the fabric of my emerging endeavor.  When I heard Carrie Elkin sing “When the lights are out, I need a man to touch” in a Kansas City hotel room, I wondered: can I do that?  Without changing pronouns?”  Could I sing the harsh refrain “I’m just a bad wife!” from Ali Holder’s bipolar dystopic?   Could I tell the story of Dayna Kurtz’ exotic, Marquezian dream, “Venezuela?” Was I on a fool’s errand?

The challenge on most of the songs was not to sing them as though I were a woman, but as though I understood what being a woman was like.  In other words: back to Bruce Springsteen’s revelation about empathy.

The songs continued to gather in a clutch of unknowingness about whether I could or would really record an album.  In many ways it was a peculiar list. You would have thought that there would have been a least ONE feminist anthem in the bunch, but there was nothing close to it.  Even the love in the love songs wasn’t really the subject of the songs as much as it was the backdrop to them. The only thing that explains why any of the songs are on the record is how each of them made me feel when I heard them sung live, and by the women who wrote them.  And the experiment that became this record was nothing more than my trying to connect to the chemistry of those feelings. 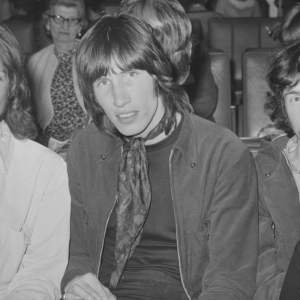 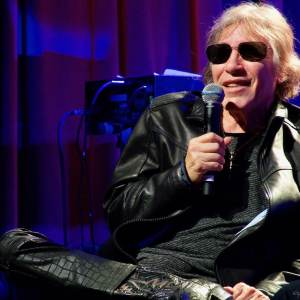