Part 1 of a new series

Anytime you speak to an expert about what they consider the greatest work of their field – whether a chef, architect, surgeon or songwriter – you gain real insight into the aspects of the work that come from the inside. When viewing a building, architects necessarily take in the totality of considerations that went into the design, both practical and aesthetic. Much of which would never occur to those of us who know only finished buildings.

The same goes to making a meal, flying a plane, brain surgery, and yes, writing a song. The kind of songs a songwriter ultimately writes is shaped by many things, but none quite as much as their judgement of existing songs, both positive and negative.

Which is why over the years we have asked great songwriters about songs they feel are great, and why. It’s fun to find out, but also edifying, in that it reveals how that songwriter’s personal aesthetic has been shaped. Carole King, for example, delighted at the brilliant chords used by Richard Rodgers to accompany his glorious melodies; her answer was focused mostly on the music.

With Randy Newman, his focus has been primarily lyrical. He appreciates a “good tune,” as he said. and has praised adventurous uses of dissonance by Prince and others. He’s also praised Paul Simon for his energy and dilgence in keeping his songs musically fresh. But he said that though he loved the music and sonics of Graceland, but found the lyrics tough to understand. He’s not a fan of abstract lyrics in general, preferring songs which paint a specific scene, or tell a clear story. It’s an aesthetic which reflects his own songwriting pathway, which is oftyen more novelistic and narrative than it is poetic.

Ironically, many people consider his song “I Think It’s Gonna Rain Today,” one of his most abstract lyrics, to be their favorite. But it is an exception in his work – a beautiful one, of course – but not his ideal of what a song can do.

As examples of that ideal, he named two which exemplify this clarity: “Dock of the Bay,” by Otis Redding and Steve Cropper, which tells a straight-ahead story appointed by natural imagery. And “Vincent,” by Don McLean, about Van Gogh.

“I mean,” Randy said, “there it is. [Don McLean’s] talking about the guy (Van Gogh). It’s a beautiful goddamn song. Bad arrangement, though. Strings are bad. I’d like to change them. But there it is. It’s great.”

But one song, he said, stood out over the rest, “The Needle and the Damage Done,” by Neil Young. Written in 1972 as a response to the heroin overdose which killed his friend Danny Whitten of Crazy Horse, it was included on Neil’s 1975 album Harvest.

RANDY NEWMAN: “Neil Young is a great writer, a great writer. He’s very good about nature writing. He’s like a little baby; he’ll rhyme the first things he thinks of. But it will all work out.

“The Needle and the Damage Done’ moves me every time I hear it, no matter how many times I hear it. I love the tune and the whole attitude of it. Of course, we all know somebody who has died of an overdose, so it has that content, which is powerful. But more than that, the song really holds up incredibly well.

“Neil Young might very well be the best writer this music has produced, and I like many of his songs very much, including Rust Never Sleeps –`My My Hey Hey’ – especially the live version of that. But this would be his best song.”

“The Needle and the Damage Done”
by Neil Young

I caught you knockin’ at my cellar door
I love you, baby, can I have some more?
Ooh, ooh, the damage done

I hit the city and I lost my band
I watched the needle take another man
Gone, gone, the damage done 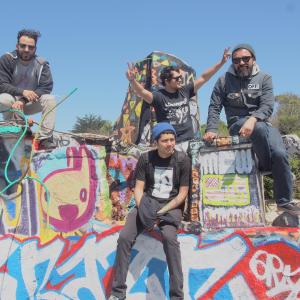 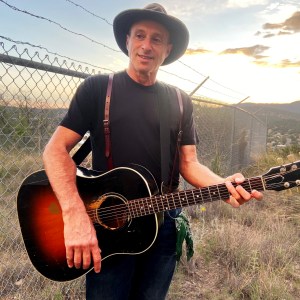