Griffin Robillard is a perfect example of why you should listen to your father. Well, at least your father’s record collection.

“Growing up in Salt Lake City, I had a pretty eclectic musical education. I listened to everything from Jackson Browne and Crosby, Still, Nash and Young to Led Zeppelin. All because my dad had such a great bunch of albums.”

Throw in wild cards like Leonard Cohen and The Arctic Monkeys and there you have the young songwriter (now living in Boston) and his far-ranging tastes. What makes his musical upbringing even more amazing is that his feature-length debut, Cracks in the Ceiling, as varied as it is, doesn’t sound like any of these storied folks. It sounds like, well, Griffin Robillard.

First of all, there’s the wonderfully widescreen production on the disc. The title track features everything from a slow Hip Hop beat, to a symphony of synths and Robillard’s deep, slightly-creepy-but-inviting Bryan Ferry-ish voice. “Ghost,” has a groovy guitar hook, a swinging ragtime piano and British Glam enough to spare. Plus tantalizing lyrics like “Do you believe in the morning bell?/Things you can see but never ever tell?” “Reel To Reel,” has a touch of the gently bouncy syncopation and melodic melancholy of an old Harry Nilsson ballad. We are very far from Leonard Cohen here, people.

Although listening to Robillard tell it, the disc might have been a more bare bones sound-had he not had such a sympathetic and creative producer and engineer helping him flesh things out.

“The demos I made of the new songs were good, but very spare. I knew I had something there, but not in the form it was in. Luckily I could turn to Jon Niess, who’s a great producer and a family friend, who seemed to know what sort of soundscapes I was looking for. I wanted to make it sound something like a fully-produced David Bowie or Roxy Music album. And I think that’s what I came out with. Also, my engineer, Charlie Kramsky, who’s worked with Elvis Costello and Paul McCartney, gets a lot of credit too; he helped capture the big, off-beat noises I wanted to offset the tunes.”

The disc does sound large, multi-hued, carefully-crafted. According to its maker, ‘Cracks,’ was made, painstakingly, over several months in Austin, where the recording studio (Austin Signal Studios) is situated and the auteur’s band resides as well. Then there was the matter of sequencing. Which in these slapdash days of downloads and an epidemic of ADHD across the land, was a matter of grave importance to Griffin Robillard.

“It took me a month or two to get the tracks in the order I wanted them,” he says. “I actually sequenced the whole thing like it was a vinyl album. You know, with a Side One and Side Two. I know there are nine songs and the disc is forty-four minutes long, too long for an LP, but I love albums. So I wanted the listener to have the experience you get when you hear a real record. Except, here you don’t have to get up and change sides.”

Now that he’s done with recording for the time being, Robillard is itching to get out on the road and play the tunes from Cracks in the Ceiling live for actual humans.

“I start on September 17th and I have a bunch of dates to promote the record. Having spent so much time in the studio, I think it’s gonna be great to get out there and perform these new songs from start to finish with the band. I’ve always really enjoyed playing live. And it’s going to be fun to do all these new tunes for an audience. I think they will go down well. At the very least, I won’t have to worry about two things. No retakes and no worries about how to sequence the songs. That puts me way ahead of the game.” 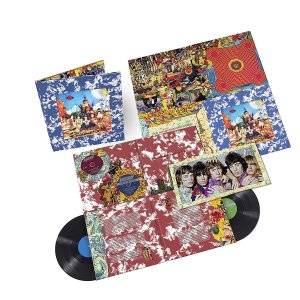 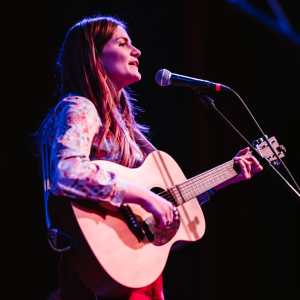