“I’ve got ants in my pants for twenty dollars.” Those are the only words — the entire chorus, in fact — that I can remember to the first song I ever wrote as a 4 year old. We lived in a traditional farm house on 1440 acres of land 17.5 miles from La Crete, Alberta (13 miles of pavement and 4.5 miles of gravel). We didn’t own a TV and our nearest radio station was an AM station 200 miles south of us with a weak signal. So we provided our own entertainment. I’d stand on my stage (a footstool in front of our couch) and my three older sisters would be the enthusiastic audience.

Because of our remote location (directly east of Juneau, Alaska) and our Mennonite upbringing, pop culture was lost on us. Even in the ’90s we were listening to records (Ricky Skaggs, Buck Owens, Everly Brothers) and the occasional 8 track. Looking back now I realize it’s strange to have to drive over a frozen river to get home. I know it’s not normal to be five hours away from the nearest McDonalds or Wal-Mart. I am thrilled that after moving to Nashville I no longer drive eight hours to get to the airport. In 2007 at an artist retreat in Winthrop, Washington I heard and discovered the music of Michael Jackson for the first time. This year while on radio tour we were introduced to a song we were told “everybody has heard” called “Stairway To Heaven.” But all of that shaped who I am and what I write. Bluegrass and country gospel hymns are so deeply rooted in me that I can’t hardly think of new melodies and ideas without referencing some old song that my peers have probably never heard of. The irony is that every single day in Nashville my co-writers reference massively famous bands I’ve never heard of and the cycle continues.

I never remember feeling isolated as a child. We had friends that we loved. We played outside. We hung out together as a family of six kids. We played guitars. We sang. We wrote songs. The only massive difference between our childhood and most others is that all our entertainment had to be created.  We loved sports, but we couldn’t watch them on Tv. So we played them. We loved music so we made it.

Thankfully the same concept applied to food. We lived in the middle of nowhere and never went to restaurants. But Mom and my sisters made everything from scratch. Our family has a term “boughten buns.” (Buns that were purchased). After growing up with fresh bread and rolls etc I remember the first time a friend at school gave me a bite of his sandwich. It was not home made. I asked my Mom to make sure I never had to eat boughten buns again.

I remember moving to Nashville and hearing about eating organic and paying extra for it. The more questions I asked about it the more I realized I’d ate organic all my life. We just never called it that. We called it eating.

I’d like to say that my writing has always been organic too but that would be stretching the truth. There were a few years when we were sort of embarrassed of our upbringing and lack of knowledge of the constant pop-culture references thrown around in the studio. I’ve faked my way through way more meetings and co-writes than I care to admit. Nodding as if I knew what people meant when they referenced Pink Floyd or Meatloaf or Led Zeppelin. There was a period of time not too long ago where I tried to write songs that sounded like what was on the radio. There was nothing authentic or organic about my writing. I was just trying to fit in.

Just over a year ago Curtis and I made a conscious decision to quit chasing what was out there and just make the same style of music we’d been singing since we were old enough to talk. If you listen to “Make You Mine” it’s not hard to hear the Ricky Skaggs and gospel influence. My friend, co-writer and producer Seth Mosley had such patience and expertise in letting me bring him old-school melodies and lyrics and transforming them into something people can relate to in the modern era. My neighbor and buddy Ben Stennis who co-wrote six songs on this record respects and understands my background but also ensures that the language and vibe in my songs can be embraced by people who grew up with what I now refer to as a normal childhood.

For years in Nashville I’d been going to Music Row and writing at a studio or writing room downtown. Not a single song I wrote on the Dear Life album came about that way.

I bought an old circa 1900s farmhouse in Columbia, Tennessee. We use it as a creative space. My neighbor has his horses on my land and I drive my dirtbike to the writing sessions. I may be in a big city now but something about going to the farm house feels familiar.

People have cool words for our music now. Retro, progressive, Americana, pop grass. I honestly don’t care what you call it. I just know it’s real it’s true and it feels like home. 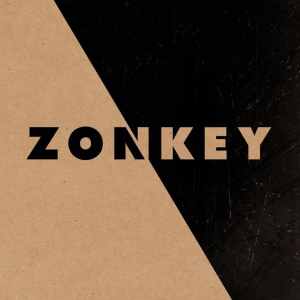 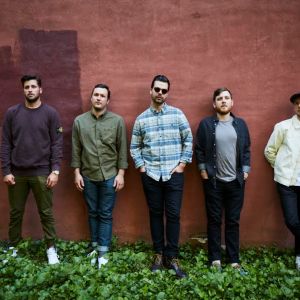