James Rotondi is a songwriter, multi-instrumentalist and writer currently based in New York City. His career includes stints with Air, Mike Patton’s Mr. Bungle and Trilon. His current project is his own Roto’s Magic Act, a neo-classic rock act. This is the first installment of his four-part series called “How To Write A Song A Week.”

Part One: Fear Takes A Holiday

The answer to the open question, “How to Write A Song A Week,” is fairly simple: you sit your ass down and write one song every week.

Ah, but there’s the thing—how do you get yourself to sit down and write that song, what with all the myriad things you have to do, like making money and cleaning the kitchen floor? And just as crucially, why even try to force yourself to write? After all, great songs come as terrific flashes of inspiration from the creative thundercloud, right? Surely, one can’t simply decide to sit down and write a great song. . .

No, you cannot decide to sit down and write a great song. But you can decide to sit down and write a song, any song, no matter how goofy, transparent, cliché-ridden, or half-assed it may be, and regardless of what that less-than-perfect song will say about you as a human being when you’re done with it. (But Mom said I was “special”!) Of course, you do need some motivation to willingly push yourself into this wobbly, woozy territory of the “okay songwriter,” and there is only one sure-fire force that is guaranteed to make you do it.

That, at least, is it how it worked for me, when I was invited to join an already-in-progress songwriting club, led by Austin, TX singer-songwriter Bob Schneider, and featuring a few dozen hard-working, career songwriters, including Casey McPherson, Ari Hest, Jason Mraz, Andrea Perry, and many others. The set-up was simple, quite similar to what the great Pat Pattinson has suggested in his essential book Write Better Lyrics [Writer’s Digest Books]. Every member of the group has to hand in a finished song every Friday by midnight, using a new weekly phrase (typically suggested by Bob) somewhere in the lyrics; the songs could be simple acoustic guitar and vocal takes done into a hand-held recorder, even an iPhone, or fully fleshed-out tracks produced in a platform like Pro Tools or Logic, or a band performance, but they absolutely needed to be submitted to the entire group by that midnight deadline, or—and here’s where the fear came in—you were unceremoniously dumped out of the group. (A first infraction might be overlooked, but even then, you didn’t want to push your luck.)

It would be a bit like finally getting to sit with the cool kids in eighth grade, only to be informed that since you failed to wear the right jeans last Friday, you were suddenly being shunned, left to languish at the nerdy table for eternity. (Yes, I know most of us songwriters ARE nerds, but you get the point…) The fear of getting in only to be cast out was a surprisingly strong motivator, as was the challenge of it, and the realization that one had a strong mandate to raise one’s game as a songwriter, while being inspired by the work of peers who made you feel both chastened and excited to be one among many. And while commentary and criticism were not necessarily encouraged, it invariably felt good to get some appropbation for your work, and to share your enthusiasm for the work of your fellow writers. Many were the weekends I sat utterly gobsmacked by the brillliance of a Clint Wells, Bruce Hughes, Laura Warshauer, Matthew Patrick Davis, or, perhaps especially, Bob Schneider himself.

Indeed, the combination of accountability, friendly competition and inspiration, and being part of a whirlwind of creative energy meant that after a few years in the club, I had close to 150 new songs. Sure, some of them were more ditties than songs, some more developed or produced than others, and some more in keeping with a given project or another, but, like exercising any muscle, the experience had made me “songwriting fit,” with the added benefit of creating a stockpile of material that I could put to work toward my next album, Into the Unknown. Which is exactly what I did; indeed, every single song on Into the Unknown, began life in the song club—sometimes called the “song machine”—and was then further refined, edited and augmented as I approached rehearsing and tracking. The 14 songs I settled on were simply what I felt were the strongest ones, and the most cohesive ones thematically and stylistically, that I’d written. It was hard not to remember two old music-biz saws; the one about Lennon & McCartney writing dozens and dozens of tunes before thinking any were good enough to record; and the old adage from recording studio culture that there are always enough good players, and rarely enough good songs.

The other little joy that emerged was that other songwriters in the group invariably released their song-club songs, too, sometimes with the exact same titles, as happened with me and the delightful Andrea Perry using the phrase “Happier Than Ever.” Hers appears on her recent album, Four. Give a listen to both our eventual album versions for a look into how two songwriters, members of a kind of creative crucible together, can find both commonality and individual character out of similar raw materials. Next time we’ll go deeper into setting yourself up to capture that great song idea when inspiration strikes. Actually, screw that—let’s just make sure we’re set up to record and capture a totally mediocre song when it’s 11:59 PM and you’re haven’t done a damn thing yet, and you’re about to be hideously embarrassed in front of a large group of fellow writers. Feeling motivated yet? Thought so. . . 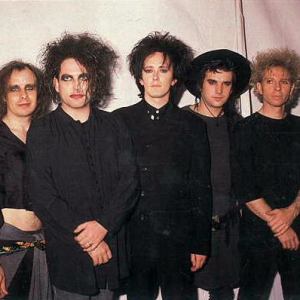 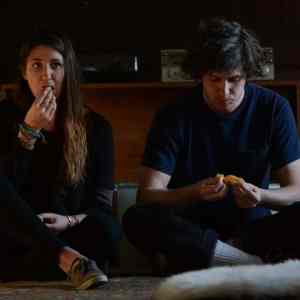