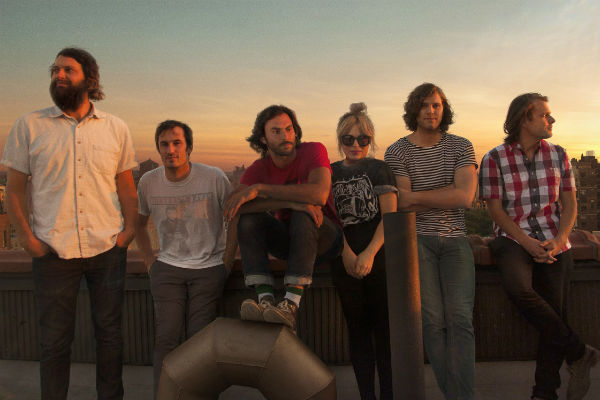 In 2009, Seattle folk-rock band The Head and the Heart self-released their debut album with modest expectations. A year later, it was picked up by Sub Pop, and quickly became one of the label’s all-time best sellers. We talked to Jonathan Russell and Josiah Johnson about their new record Let’s Be Still, the road to the top and more.

You met each other at an open mic. Which one was it?

Jonathan: It’s called Conor Byrne. It’s in Ballard, a super blue-collar part of Seattle. It’s a typical Irish pub, five beers on tap. The cool thing about it was they had a built-in stage, an upright piano, and a good enough PA system, and they had an open mic that got these incredible veteran songwriters. I felt super intimidated the first time I ever went there, because they’re guys playing original songs in their 50s and 60s, and they were really good. And just like any other open mic, there was also, “This is my first time, this is my second song.” But if you were there as a songwriter who was trying to take your shit seriously, it was intimidating – but in a very good, healthy, competitive way.

Josiah: There were a lot of people there that were good that you’d never heard of, but also the band the Moondoggies, Kevin Murphy, and Damien Jurado, who is a legend.

How much promotion did you do for your record before getting involved with Sub Pop?

Josiah: We recorded it dirt cheap, and there was no plan or business model for it. It was just: we have songs; we want people to listen to them if they like them, and we want to play shows. Plenty of people do that and self-release, but not a lot of them get to take it to this next level.

Your singles sound very radio-friendly in retrospect. Was that planned?

Jonathan: Radio seemed so far out of the reach of what we were able to accomplish at that point. Those songs were meant to just get us a demo so that we could start booking our own shows. And then we realized it started to actually become pretty damn good for a demo, and we wrote a couple more songs and recorded those, too, and we were like “Shoot, we have nine songs, let’s just call it a record and put it out and see what happens.” “Lost In My Mind” was one of my favorite songs on the record, but for everyone else in the band, it was like option four as far as a single. But for some reason, my mom was like, “That’s it, that’s the song!” I said, I think you’re just biased because you know it’s about your two sons. But then after talking to Sub Pop and our radio guy, who throws out suggestions, we were like “Well, yeah, all right, let’s try that.”

Some of the songs on the new record are about life after the first one.

Jonathan: “34” is about somebody who’s just sort of exhausted and reflecting back on the whirlwind that just happened, and the frustrations that come along with it. “Homecoming Heroes” is another one that’s a direct response to a lot of the backlash a band tends to get once they get big enough to leave the pond. There always seems to be backlash from people who start supporting you when you’re small-time and everyone’s still in the same swimming hole together.

Do you both approach writing in the same way?

Josiah: Jonathan’s a songwriter’s songwriter. He writes songs and he refines them and it’s like a craft to him. I’ve always written songs to just vomit out things in my brain that I can’t express any other way. I feel like every time I write a song it’s like a beautiful happy accident, whereas there’s a method to his madness. I admire the way that he does it, but that’s not how I started writing songs, and so I can’t do it his way. It’s the same way like if you’re a band and you want to replicate success – I can’t sit down and craft over it because then the songs don’t come from a place that means anything to me. The only time the song means anything to me is when I needed to write it for some reason.

Josiah: The three songwriters that sing, Jon, Charity and I are generally more emotional and the rhythm section is generally more analytical. It seems to split up that way in the band, which makes sense.

Who are some of your musical heroes?

Josiah: Thom Yorke is my biggest one – I love his ability to continually reinvent what he’s doing and the structure of his songs. And I think they get lost in the sound or the midst of the band Radiohead, but if you peel it back, he’s been an incredibly continuing-to-evolve songwriter in all of that. Ryan Adams is another. He knows how to say everything in this really straightforward but cutting way. He’s written some songs that I wish I had written because I feel like they were written about exactly what I was going through. There’s that kind of songwriting idol where you just wish that you had created some of their catalog. 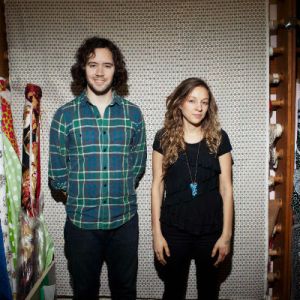 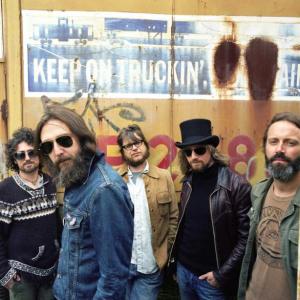