I’m running from you / I am running from me, crows Nandi Rose. It’s a pulverizing lyric, its simplicity, the wooden handle to her vocals─a carbon-steel head to crush the listener to metaphorical pulp. “Sourdough” is one of many pulsing pillars to her fifth studio record, Mythopoetics, under the Half Waif moniker. 11 other songs manage to operate in similar fashion, often sharp and jagged as a bristle brush or deceptive with calmer waves, insidiously slithering into the eardrums. In either case, Rose has arrived with the album of her career.

It was late 2019 when she began to notice harmful patterns within her family repeating themselves, and she was then forced to look a little closer. “It was a hard time,” she admits, “and I’m grateful that I had songwriting as an outlet to explore those ideas and try to move through it and say, ‘I don’t want this to be part of my story. I don’t want to have to carry on some of these patterns. Let me be the one to break it.’

“A lot of families can relate to cycles of addiction and depression, which are prevalent in my dad’s side of the family. And there are stories that I’ve heard from childhood of people in my family and grandparents and having to kind of look at those things in myself,” Rose tells American Songwriter over a recent Zoom call. “Thankfully, I can say I don’t struggle with addiction myself, and I’ve never been clinically depressed. But of course, there are those tendencies towards self destructive behavior, especially when you’re going through a hard time. So I found myself in this really interesting position where I was navigating and helping someone close to me through addiction and getting sober.”

Through frequent self-evaluation, Rose strives for serenity in all areas of her life. “That’ll probably be lifelong, but that’s what the songwriting process, in general, is like for me. It’s a vehicle to excavate some of those thornier emotions and experiences in an effort to live my life with more clarity, joy, and levity.”

Typically training her attention on writing a new record, in a methodical manner, Mythopoetics actually “snuck up on me,” she adds, noting it took root even before her last record, The Caretaker (2020) was even complete. But so goes the life of a songwriter; inspiration is omnipresent, striking when you need it most.

While in the throes of writing, 2020 came in like a wrecking ball, and soon, Rose had other things with which to contend. “This time revealed these patterns in society that we have fallen into─that are extremely disruptive. Seeing what’s happening to the climate, capitalism, and racial injustice in this country; those were things that were really brought to the forefront during the pandemic and [added] new meaning to the record for me.”

Mythopoetics (produced with Zubin Hensler) also benefited from musical exploration, playfully towing the lines between indie and synth-pop─dazzling distortions of Rose’s previous work and further pushing against genre expectations. “We really set out to make a record that focused on teasing out as many textures as we could from our acoustic instruments. We imagined it being mostly a piano record,” she recalls. Initially, the seed of her creativity sprouted into making “beats from a piano,” but that quickly proved “too limiting” to the scope of the record, even if they didn’t quite pick up on those hushed whispers at first. “So our motto became ‘no rules, only guidelines.’”

Two songs, “Sourdough” and “Powder,” were even recorded live, something Rose had never done before on a record. “We really let those takes breathe and live in the space of that room. Originally, we wanted that to be the vibe of the record. But then, I guess we got too excited about bringing in some pop songs. It’s very much not a piano record,” she laughs. “But again, no rules, only guidelines. So we let those initial ideas live on in the record with the first [‘Fabric’], sixth [‘Sourdough’], and 12th [‘Powder’] tracks ─ so beginning, middle and end.

“You can still hear those original ideas, but we did broaden the soundscape to bring in some more electronic sounds. I think affecting the trumpet [with tin foil] and doing some extended techniques where we were inside the piano, kind of massaging the strings that─ ethos carried over into the rest of the project,” Rose continues. “We were very extra mental in our approach to the sounds, and it was a fun challenge and a real conscious effort to make this just the two of us on this record.”

“Horse Racing,” the set’s most textured, works brittle lyrics against clattering crunches and warped rhythms, jumping off “History of Touches” by Björk as a stylistic reference point. “With the opening sound, I was thinking a lot about wanting a sound that felt like a scintillating crystal cave,” she describes, “something crystalline that was eroding but refracting the light at the same time. So, it’s full of light but geologically decaying.

“We ended up layering that opening this plugin called Lossy, which degrades the quality, and we did like seven different Lossy settings and merged them together. Then, it explodes into more of a pop song,” she adds, “and I really wanted to try to get away from having synth pads outlining all of the chorus. It then became this more disjointed juxtaposition between the horn synth sound and deep bass.”

I would share my own blood, if it’d help the ones I love, she exhales over piano with “Sourdough,” quite “an anomaly of songwriting for me,” she says. “I wrote the entire song in the car when I was driving. That’s not how I write at all, but for whatever reason, that song came out. It was just very clear what I was singing about and what I wanted to say. There is this impulse to blame other people when something isn’t going right. “I hope in looking at those parts of myself, I can heal them in order to be a better friend, a better daughter, a better partner─and just be a more enlightened human.”

Later, “Midnight Asks” draws its inspiration from being in the car, as well — but this time, it’s late at night, and she’s near death (sort of). How many, how many drives / Have I made through the dark? / How many, how many times… / Eyes on the sides of the road / I don’t wanna die tonight, she sings, out of breath.

“I didn’t write the entire song in the car,” she says with a little chuckle, “but I did write that line in the car because I was driving home. It was at night and I live in the country, and there were a lot of deer. I could see their eyes on the side of the road, and it was really scary. I was like, ‘I don’t want to die tonight.’ It does have a literal meaning, grounded in my actual experience of driving and not wanting to die on the road by a deer hitting me. But I think more generally that line fits into the greater feeling of the record.”

Mythopoetics carries quite a heavy load, with an undercurrent “of mortality and watching someone that I love fade away” coursing underneath. “That feeling, whether expressed literally or through the music, permeates this album for me and hurtling towards something that is inevitable,” she says, piecing together some of her biggest fears in life.

With “Orange Blossoms,” she buries her vocals into a bedrock of vulnerability and that itching, overwhelming sensation of “getting older and watching my parents get older,” she says. While I can, I will carry my own bags / And I will call my father when I know that he’s alone, she heaves like a tortured spirit clad in chains.

“When I was in my 20s, it was so much about building my life and my career and my relationship. Being in my 30s now, it does feel like something has switched, where I’m ascending and kind of settling into this more adult phase of my life,” she says. “I am now going to watch my parents at the end of their journey. So, it’s hard to hold both those things─growth and diminishment.”

Furthermore, Rose began “thinking about how I’m married now. I started writing this record right after my wedding. I was also thinking about the really painful reality of how beautiful it is to be in love and how you’re going to have to lose this person─or they’re going to lose you,” she continues. “That is the way of life, and that is the contract that you sign. That is what you enter into when you love somebody.”

Peace and serenity seem finally achieved with the closing track, “Powder,” pinned with piano and wafting as an ethereal lullaby. The meteor is like a lit cigar / When the moment comes, think I overreact, she sings, nestling closer. Cause nothing will change from looking up.

A tranquil moment, pain still informs Rose’s quivering vocal performance, practically cracking around the edges. The singer-songwriter takes witnessing a falling star and wraps it up with delicacy, profounding tapping into human existence’s natural impermanence. Those intimate moments are monumental to understand life in its purest form.

“This song really feels like the spirit of the record. It captures the essence of the voice and the slightly affected piano with the strings. Zubin, in real time, went inside the piano to touch the strings in certain moments,” she says. “Then, there’s this lonely horn sound that is almost in conversation with the voice. It’s like this call and response. And it just feels like the right representation of the story that I wanted to tell of watching a meteor cross the sky.

“A meteor, this fiery celestial occurrence, reminds you of your tiny place in the grand scheme of things,” she adds. “And then it’s gone─and maybe it leaves a little trail in the sky that tells you this thing was here. This thing happened. But life goes on.”

A poet by nature, ever since she was in third grade, Nandi Rose handles word choices with precision. “More and more, I find myself really interested in the musicality of pure language ─without music,” she says, naming words like “galvanize,” “impetus,” and “evolution” as among her favorites to say.

“Since finishing this record, I really haven’t been writing music. I’ve been writing a lot more poetry and creative writing─in an effort to strip away and get to the essence of something and, first and foremost, be able to imbue words with music. And then the music can kind of be this extension of that. I will say I struggle a lot with lyrics,” she remarks. “I think it’s like the hardest part of writing songs for me, but I’m really excited for whatever I write next. I think I am going to be starting with words a lot more, or at least I’m going to challenge myself to do that. So that it’s less about fitting the words to the cadence, the musical phrasing, and more about the music being an extension of the inherent musicality of the sounds of the words in the mouth and the repetition of consonants and internal rhyme.” 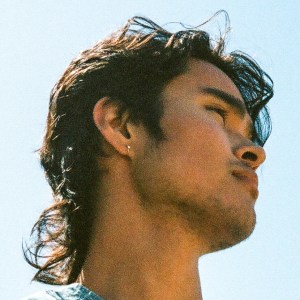 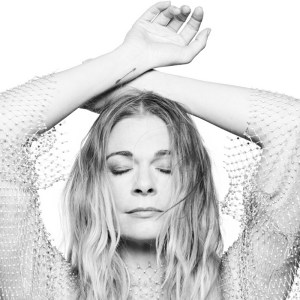