When Leann Rimes first received the demo for “Blue,” now one of the most iconic songs in the country music pantheon, her father threw it in the trash. “I was a very defiant child and sometimes that served me well,” says the country star. “When my dad left one time after he threw [it] in the trash—he was leaving to go somewhere—I went and dug it out, and I listened to it.

“Obviously, I understand why my dad threw it away because the demo was awful. It didn’t sound anything like the song that you hear now,” Rimes continues, “but because of my defiance, I’m like, ‘I’m going to show my dad that this song’s great.’ By the time he got back, I’d put that little Yodel thing in there. Then he was like, ‘Oh, it’s like a different song.'”

With the 25th anniversary of her debut record Blue today (July 9), Rimes stopped by Apple Music’s Essential Album radio show to speak with host Kelleigh Bannen about revisiting some of those early songs now as an adult. “I definitely had a very strong sense of my own artistry, I guess, or what I loved and what moved me as a child from very, very early on. There’s something about [‘Blue’] that’s just so classic,” Rimes shares. “I heard it the other day, twice actually in Montana when I was on vacation. I’m like, ‘This song is haunting me at this moment.’

“I don’t ever really listen to my own music. When I was forced to listen to it by sitting there in the car, I really could appreciate how classic of a record that is. It brought kind of the roots of country music into a genre in the ’90s that was very, very different,” she continues. “That was a very different sound for the time. When I think of country music for myself, there’s so many classic songs that an artist, and that kind of vibe of the genre, that really plays to my heart and so that spoke very, much to who I was as a country music lover.”

Originally, the album’s lead single was set to be “Light in Your Eyes,” alongside a planned music video. “I remember back then, a lot of conversations were had with me about what I really wanted to be a single,” she recalls, “and I don’t remember exactly how ‘Blue’ was chosen, but I think we all kind of had this feeling that it was so different than anything else.”

Another blockbuster single came with “One Way Ticket,” one of the last recorded for the album. “I remember the label saying they wanted something that was more commercial, more of the time at that moment or the sound that was happening,” Rimes offers. “It’s such a fun uplifting song, but it’s interesting because I’ve taken that song now all these years later and re-imagined it in a way that’s like so heartbreaking when you listen to it. It’s a completely different take on it. It’s kind of my adult version. It’s interesting how that song can be kind of taken in two different ways, whether this really uplifting empowerment piece —or still empowering but heartbreaking and knowing the wisdom that is behind it now, of knowing how lonely and tough it can be to really claim yourself in that way of stepping out on your own journey.”

During the in-depth discussion, Rimes also reflects on comparisons to Patsy Cline, singing mature lyrics in “My Baby,” and how Blue laid the foundation for her career. Listen to the entire conversation, debuting at 4 p.m. EST, here. 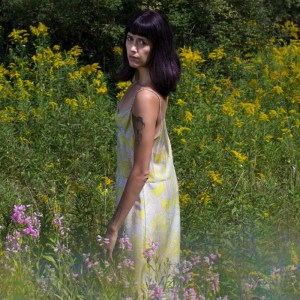 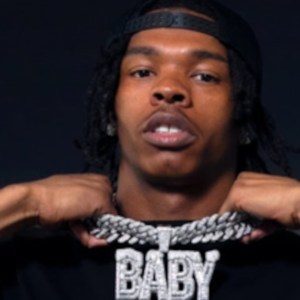