Michael Hardy owes his love of music and immense work ethic to his father. Growing up in Philadelphia, Mississippi, a town with a population slightly less than 7,500 people, he frequently hopped inside his father’s pickup truck and rode to and from the chicken farm, nestled 10 miles away. It was your typical southern small-town way of life, and in those days, home meant something truly special.

Known professionally as HARDY, the singer-songwriter immerses his listeners in the style, emotion and grit of his hometown. He has netted such chart-toppers as Florida Georgia Line’s “Simple” and most recently Blake Shelton’s hit “God’s Country.” Both embody that classic country spirit while pushing the boundaries of modern radio music. He also has countless other cuts to his credit from Morgan Wallen to Thomas Rhett.

Despite his growing success, he always writes from the heart and remains irrefutably connected to his roots. “I know my strengths as a writer, and that type of language is the language I speak the best,” he says in a recent phone conversation. He speaks humbly of his work, awe-struck that this kind of mainstream stardom has come his way. His catalog, though, speaks for itself.

“I try to remember where I came from and how I grew up as much as possible,” he says. “There are a million other towns like Philadelphia, but the more connected you are to those people and speak that language, the more you’re going to resonate with the rest of the world.”

Hardy has most certainly put in the miles to get to this point. Surprisingly, or perhaps not, he was raised on a diet of classic rock – Pink Floyd is his favorite band – and grunge music, an entry point which has allowed a wider view in his songwriting.

“My father would play music constantly and introduced me to rock ‘n’ roll. That made an impression on me early on in my life,” he says. “Every time I listen to rock ‘n’ roll now, I think of home.”

He was 17 years old when he started playing guitar and wrote his first song, but he hadn’t quite caught the Nashville bug. It was his sister, then studying at Belmont University, who urged him to explore the potential of publishing deals. He soon moved to Music City, enrolled at Middle Tennessee State University in the Recording Industry Management program and earned his degree in songwriting.

Eric Church’s “Homeboy,” a hit from 2011’s widely-acclaimed Chief, was a real game-changer.

“I had done some stuff that wasn’t really country. I heard that song, and it changed everything for me,” says Hardy, who fashions his solo work with a similar country-rock swagger. “The way it was written and the way it was produced, it made me feel something. That was a defining moment. I knew I wanted to write that kind of stuff.”

Hardy issued an independent EP, Redneck Recipe, in 2013 and caught the attention of Watsky Music LLC. He signed his first publishing deal right out of college. On his first passes at writing straight country songs, he admits that they “were definitely not the best songs in the world.”

“I think the big thing is they had a hook,” he says. “I remember I wrote a song about how if you know those three country chords, you can get the party started. That’s literally how it all began, and the songs slowly got better and better from there.”

Last fall, Hardy issued the monster-sized record HIXTAPE: Vol. 1. The album’s 17 songs feature everyone from Keith Urban and Lauren Alaina to Joe Diffie and Jake Owen. What is most evident is the strength of both the blue-collar lyrics and hefty hook-ware.

“I can’t write a song if I don’t have some kind of hook figured out,” he says. “I don’t know why that is. That’s just how I learned to write songs. I enjoy developing a hook and making everything point to one statement. That’s everything to me.”

Now hitting the airwaves, “One Beer” came down like a shot in the dark, and when he awoke the next morning, the hook took hold.

“I knew it was something special,” he says. “When those moments happen, you have to write that down.”

The song is co-written with Hillary Lindsey (Carrie Underwood, Little Big Town) and Jake Mitchell (Oak Ridge Boys), and features Alaina and Devin Dawson. While maintaining a steady, radio-friendly beat, the story switches up expectations from a typical drinking song to a heavy message about an unexpected pregnancy.

Elsewhere, Hardy swings big with feel-good choruses on “Something a ‘Lil Stronger” (Mitchell Tenpenny and John Langston) and “No Place Like Hometown” (Keith Urban and Lindsey). The spaces in between are filled with ’90s country heart (“Redneck Tendencies” with Joe Diffie and Trace Adkins), backyard yee-haws (“Boy from the South” with Cole Swindell and Dustin Lynch), and boot-stompin’ show-stoppers (“Turn You Down” with Wallen and Zakk Wylde).

Hardy rides the wave of his first-ever CMA Awards nomination (for “God’s Country”) and his 2019 AIMP Rising Artist-Writer of the Year win to land supporting roles on 2020 tours with Swindell and Thomas Rhett. 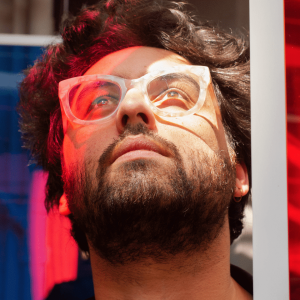 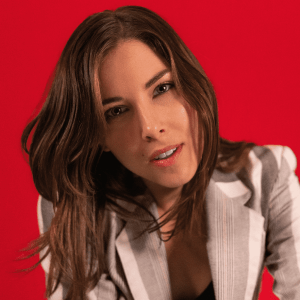