Growing up in the small town of Philadelphia, Mississippi, Michael Hardy was a big baseball star. In fact, when he was just ten years old, his dad hung a mantle on the wall of his bedroom, equipped with wooden divots that would ultimately hold the baseballs Hardy would surely hit out of the park each and every summer.

These days, not much has changed… except for the sport.

Hardy has the makings of a songwriting legend.

But with his new album A Rock, Hardy sets out to prove that he’s not only a superstar writer, co-writing all 12 tracks on the album, but a superstar himself.

The collection, which follows 2019’s Hixtape Vol. 1 and career-launching EPs This Ole Boy and Where to Find Me, has Hardy standing solely in the spotlight, giving his insanely loyal fans a taste of who he is behind the wide-brimmed hat and chunky glasses.

“I put my heart and soul in the lyrics and in my vocals,” he tells American Songwriter about the rock-heavy album, which is set for release September 4. “Every song is a piece of who I am as a person. I think it’s going to shed some new light on some stuff I have to say.”

He pauses, and then he continues.

“Up until now, I’ve had a lot of drinking and partying songs, bit this album has a bunch of stuff that people haven’t heard out of me yet,” says Hardy, whose current single “One Beer” featuring Lauren Alaina & Devin Dawson is on the verge of Top 15 at Country radio. “I’m excited for people to see that side of me.”

Hardy’s knack for weaving words together began all the way back in the first grade, when he received a school assignment to write a poem for his parents.

“My poem was, like, really good,” he laughs. “I mean, my teacher cried. It was a big deal. (Laughs.) I think after that, I realized that I just naturally knew how to rhyme words and stuff. I guess I had a knack for it.”

In 2014, Hardy headed to Nashville, began writing and started getting comfortable with the idea of strictly a career as a songwriter. But then, on a Halloween night just about two years ago, everything changed.

“When I got on that stage that night, it just felt so natural,” Hardy remembers. “I had zero inhibition, even though I thought that I would. Before that performance, I feel like I was a shell of myself. Subconsciously, I guess it had always been in me.”

From that point on, Hardy has been busy dreaming and writing and tucking away a handful of songs to showcase on A Rock. From songs like the sexy “So Close” and the sweet “Boyfriend” to the sincere “Truck” and the downright sad “Give Heaven Some Hell,” Hardy says the ideas just kept flowing…and fast.

“We wrote ‘Hate Your Hometown’ on a Friday and recorded it on Monday, and it ended up to be the last song we put on the album,” says Hardy. “’Hate Your Hometown,’ ‘So Close’ and ‘Ain’t a Bad Day’ was all written smack dab in the middle of the quarantine.”

In fact, while the quarantine seemed to handcuff many of his country music counterparts, it actually ended up igniting Hardy’s creativity more than ever before.

“I was a road dog,” remembers Hardy, who has shared the stage with everyone Thomas Rhett to Cole Swindell. “I’d go a month without writing a single song. But when quarantine happened, I felt like a songwriter again. I have written some of the best stuff in the past month that I have ever written.”

And when he says the best stuff, he also means his most authentic stuff.

“I’m becoming more open to who I truly am and I’m being way more vulnerable when it comes to songs about things like heartbreak and losing a friend and a relationship breaking up,” he says. “But I’m also writing a lot more about love.”

Oh, did we forget to mention?

Hardy is in love.

“I don’t think I have ever been truly, in real love, until her,” Hardy says about girlfriend Caleigh Ryan. “She is a massive part of what this record is and who I am…and who I want to be.” 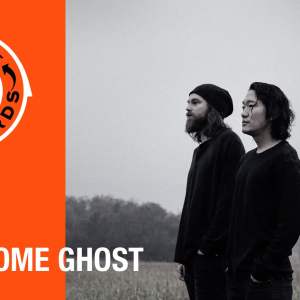 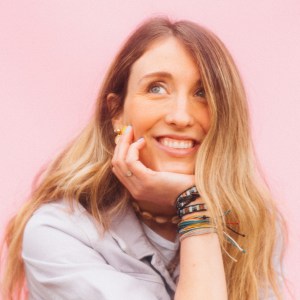