In 2009, Margaret (Maggie) Rose Durante joined the great migration of inspired idealists who flock to Nashville daily, chasing down country music stardom. After earning her chops on the local circuit, the Potomac, Maryland native departed Clemson University for her first record deal with Universal Republic. A few labels, singles, and a name change later, Maggie Rose released her debut full-length country album Cut to Impress in 2013.

Rose shifted with a pop-rock pair of 2016 and 2017 EPs—Variety Show and Dreams > Dollars. Intersecting genres made it difficult to navigate the rigid music business. Still, Rose’s 2018 LP, Change the Whole Thing, saw the artist departing the country sphere. On August 20, 2021, Rose released her new 11-track album, Have A Seat—treading the unmarked path she has forged over the last decade.

Rose set the table for Have A Seat at the iconic FAME Studios in Muscle Shoals, Alabama. “We fell in love with the town, and the energy you feel when you step into Studio A,” she says. “It’s a time capsule of legendary artists who laid down the records that made us want to make music.”

Produced by Ben Tanner of Alabama Shakes, Have A Seat was tracked live in a series of pre-pandemic sessions. The lineup of heavy-hitters includes bassist David Hood of the Swampers. Guitarist Will McFarlane also joined Rose’s longtime bandmates Larry Florman (background vocals/percussion), Alex Haddad (guitars), and Sarah Tomek (drums) of Them Vibes.

The responsive connotation of the gesture, Have A Seat, presents a titular duality. In one sense, the title is an invitation to transcend a polarized era. “I think we can all do better,” says Rose. “And this has been a year of growth and making room for other people and other perspectives. And not demanding that we agree with one another, but at least allowing for that conversation to occur.”

Political turmoil framed this project. Though the album title she says is a “bit of a catch-all,” lyrical iterations of the phrase dictate her hopes for inclusivity. “I don’t think anyone would disagree that it was a contentious time. And I would ignore the elephant if I didn’t write about what was bothering me,” says Rose. “I witnessed hateful rhetoric and people feeling ‘othered’ in a way that was impossible to ignore.”

The opening track, “What Are We Fighting For?” addresses the schism head-on. In a Gospel-styled chorus she admits she doesn’t hold the answers, but her brazen vocal contributions demand more from her country. The lyrics introduce an aching cry for solidarity: I know I don’t know everything / But you’ll never know what I can bring / To the table, if you don’t have a seat with me.

Her B-Side track, “Telephone,” employs a childhood game to capture the dissemination of information when passed through the digital sphere. Rose penned “For Your Consideration” to portray her envisioned future, zooming in on the subjects conversing over a table.

The artist credits her co-writers for substantiating her opinions as both respectful and digestible. “I’m pleased with how we packaged these sentiments without being blatantly obvious. There is an element of timelessness,” Rose says.

From another perspective, Have A Seat evokes power for a breakthrough female artist without label representation. She stopped waiting for her invitation and finally pulled her own chair up to the table of industry gatekeepers.

“Do It,” a rollicking rock anthem, activates the pioneering rebel at the helm of boundless genre exploration. The Blues-tinged “What Makes You Tick” features guitar virtuoso Marcus King, whom Rose describes as “incredibly instrumental” in her career. Untamed, Rose’s soulful vocals take a page from the greats whose enduring hits haunt the halls of FAME.

“Saint” is the album’s only outside cut. Rose received the demo while dealing with a crippling episode of self-doubt. “When I heard that song, it devastated me in the best way possible. I realized my self-expectations to be perfect and please everyone, while also trying to be this irreverent rocker burnt me out. That song led me back in the right direction.”

As a songwriter, Rose strives to help other artists find their voice through her craft. She says, “When I find a song that makes me feel this way, I’m going to give it life. I hope other people honor a song the same way, even if it didn’t come from their pen.”

In sharing her experience with other artists, Rose talked with many who felt a similar pressure to be didactic about their musical identity. “We all want the music to speak for itself,” she shares. “There’s power in saying, ‘This is who I am. And I’ve been here for a long time.’” The artist presented throughout Have A Seat is poised and full of purpose. But Rose’s evolved sound is unrestrained. Upon her arrival, Rose concludes, “I am claiming a seat I believe is rightfully mine, and I want others to do the same.”

Listen to Maggie Rose’s Have A Seat below. 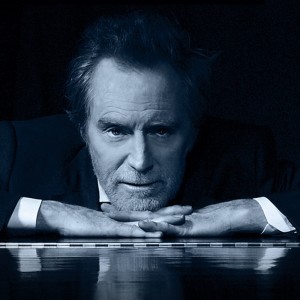 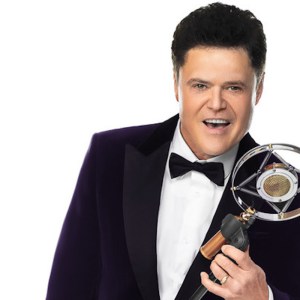