In a moment of splintering divisiveness, soul-rocker Maggie Rose breaks from her often spell-binding storytelling to address the schism head-on with a brave new single, “What Are We Fighting For?” Responding to society’s call-to-arms approach to disagreement, Rose introduces alternative expenditures of energy, urging Honey, won’t you just hear me out / When did it get so loud. The lyric lines address the cloudiness of spewed opinions, offering a hand to guide through the judgement, and surrendering to the unknown.

She repeatedly admits in the Gospel-tinged chorus that she does not hold all of the answers, but her brazen lyrical delivery demands more from her country, calling for solidarity. I know I don’t know everything / But you’ll never know what I can bring / To the table, if you don’t have a seat with me, she poses throughout.

The DC-native knows better than to fuel the fire without offering a resolve. Her impassioned expression winds down into the final verse, when she—with careful optimism—illustrates her imagined socio-polical landscape.

And I’m hoping down the line / With a little grace and a little time / We can stop keeping score / That’s worth fighting for, she laments, before erupting into a shimmering jazz outro.

As for Rose, she’s fighting for, “compassion, empathy, and even excellence within me, my music, and the people and the world around me, but don’t get me wrong—my zeal is not always consistent, and the question itself poses varying challenges from one day to the next. Some days I struggle to simply feel worthy and everything feels heavy and dark. Other days I’m totally fired up and I demand that my worthiness be recognized. Some days I have no will to fight, other days I’m frustrated at the lack of fight I observe around me. However, just asking the question of ourselves everyday is a fight in itself, and the question is one only we alone can ask and answer.”

The soul-rendering track follows last month’s funkier entrance, “Do It.” Combined, the set serves as an unabashed indicator of just what Rose will “bring to the table” on her forthcoming album, Have A Seat.

The album is Rose’s third full-length and was produced by Ben Tanner of Alabama Shakes at the iconic FAME Studios in Muscle Shoals, Alabama. In a series of pre-pandemic sessions, Rose recorded live with a lineup of heavy-hitters that includes bassist David Hood of the Swampers (the group of session musicians who played on records from legends like Aretha Franklin and Etta James) and guitarist Will McFarlane (Bonnie Raitt, Levon Helm), along with her longtime bandmates/collaborators Larry Florman (background vocals/percussion), Alex Haddad (guitars), and Sarah Tomek (drums) of Them Vibes, as well as guests such as Marcus King, among others.

Her new single heralds two upcoming live music events in April. The first is presented by Live For Live Music from Cervantes in Denver, Colorado on April 16, benefiting Sweet Relief—purchase tickets here. On April 28, Rose will host her podcast Salute The Songbirds as a live concert event at City Winery in Nashville. Tickets to the event supporting Women in Music are available here.

Listen to Maggie Rose’s new single, “What Are We Fighting For?” below. Pre-save Have A Seat, due August 20 via Starstruck Records. 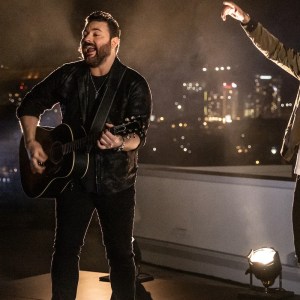 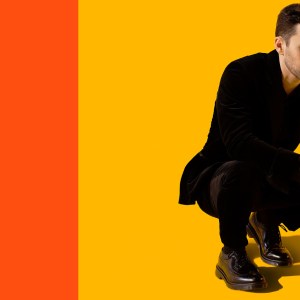