“I probably listened to ‘Barricades of Heaven’ hundreds of times with my Uncle Eric driving around Cincinnati, Ohio,” House tells us. “Imagining Jackson Browne at 16, on his own and trying to find his song, was a heartbreaking and powerful symbol and image that both of us could relate to. For Eric, a businessman in Cincinnati, it was more of a metaphorical image for the way he saw his own life and how he wanted to live it.  For me it was really more literal because I did follow that path.  After an unlikely upbringing I took my guitar and lived out that mythology, on the road just trying to find my own song.

“It really came full circle for me in the studio in Austin recording ‘Barricades Of Heaven’ for a Jackson Browne tribute record because as I played the song down with the band and sang it into the microphone all I could picture were all those times driving around Cincinnati with my uncle knowing the dreams I had in my head and heart to one day make my own music for other people to drive around in the car to and dream their own dreams and live out their own mythologies.”

Pre-order Looking Into You at Amazon. 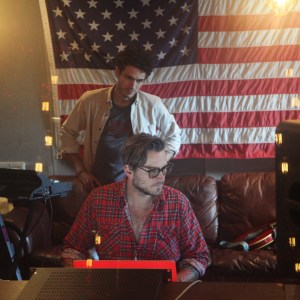 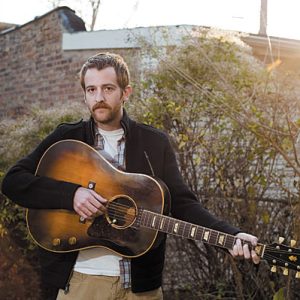