Leon Bentley would have loved the Hot Country Knights.

He would have loved the ‘90s inspired band’s overly starched jeans and the bright red flames going up their button-down shirts and the jewel-encrusted belt buckles hiding just underneath their beat up guitars.

But most of all, he would have loved the music that the group, led by his country music superstar of a son, Dierks Bentley, is currently releasing during the turbulent year that is 2020.

“My dad loved country music and could literally guess the lyrics of a song he had never even heard,” Bentley chuckles of his late father, who passed away back in 2012. “He just loved how the person on the radio was singing about everything he wanted to say back then. He loved the humor of it and he loved the simplicity of it.  And any songwriter knows how hard it is to make something sound…simple.”

But that’s exactly what Bentley, also known as big-haired band leader Douglas (“Doug”) Douglason, accomplishes on the new Hot Country Knights album The K is Silent, set for release this Friday (May 1.) In addition to co-writing over half of the ten slightly salacious cuts on the album, Bentley also produced the whole darn thing.

“This album reminded me just how much fun songwriting could be and just how much fun it was back in the nineties,” Bentley tells American Songwriter, mere days after returning to Nashville following a month-long stay in Colorado. “I truly feel that the younger kids missed out on a time when country music wasn’t all long baggy t-shirts and Michael Jordan shoes and everyone started taking themselves so seriously on and off stage.”

With 90s inspired cuts such as the Restless Heart-esque harmonies of “Mull It Over” to the somewhat uncomfortable sultriness of “You Make It Hard,” one might think that it was just pure fun and games when it came to the songwriting for Hot Country Knights’ debut album, but Bentley begs to differ.

“It was a seriously fun project, but it was serious,” explains Bentley. “We put a lot of time into this. Just because its humorous doesn’t mean it made it easier. It was fun but we had to really dig into the writing. The yin and the yang that existed back then in the writing, like the whole ‘no one in their right mind would have left her’ kind of thing seems corny or silly, but it’s kind of hard to do it right. But when you do it right, it really hooks into ‘ya.”

And yes, on this album, Bentley and his fellow songwriters did ‘do it right.’

“We usually work hard to write contemporary commercial country music because it sounds cool and has a vibe and edge, but this stuff was all about who can make the other guy laugh quicker,” Bentley chuckles.

Many of those laughs came through a series of songwriting sessions, some of which occurred during a three-day writing retreat during Bentley’s Seven Peaks Music Festival last September and some of which came during carefree times on the bus.

Take for example “Kings of Neon”, a song that American Songwriter premieres today (April 28.) “We were looking for that ‘Achy Breaky Heart’ vibe and the basis of ‘Kings of Neon’ gave us that,” Bentley says of the song he co-wrote with Brett Beavers and Chase McGill. “Lines were just popping out when we were writing that one.”

Granted, not everything on this album was meant to be funny.

“The goal was not supposed to make this a parody album,” says Bentley. “The fact is that this is a band that has been around 30 years and they are trying to make it and they think these songs are amazing. To have a few serious songs mixed in is what keeps the album from being too on the nose of being funny.”

But it is… funny.

And the world needs some…funny.

“Of course the Knights are releasing an album during a pandemic,” Bentley laughs.  “Even when they finally got their chance, it never happened. They have contracted every virus and disease out there on the road but they have finally met their match with the coronavirus.”

“But yeah, it hurts a bit. This album has been a dream for years and we have worked so hard on it and to be honest, I’ve tried not to grieve the Knights project,” he says quietly. “But really, people need something to smile about. And I believe this album will give it to them.” 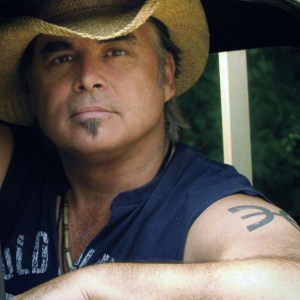 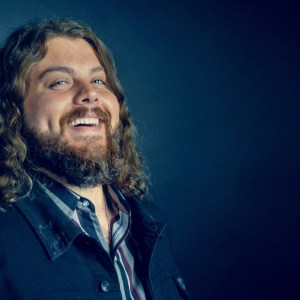