It was a year ago this month that country singer Hal Ketchum’s wife, Andrea, revealed on his Facebook page that Ketchum was suffering from Alzheimer’s and dementia, and would be retiring from performing. Ketchum had been a respected Nashville vocalist and songwriter whose career was first waylaid in the late ‘90s by a spinal disorder that made it necessary for him to re-learn how to walk and play the guitar. And then this announcement came, just after his 65th birthday.

Ketchum’s greatest success was with his album Past the Point of Rescue, which featured “Small Town Saturday Night,” “Five O’Clock World” (the Vogues classic written by his producer, Allen Reynolds), and the title track, which reached #2 on the country charts. “Past the Point of Rescue” was actually written by the esteemed Irish songwriter Mick Hanly, who has recorded several albums in his native country and continues to tour overseas.

In his 2005 book Wish Me Well: Notes on My Sleeve, Hanly recounted how the song made its way from his pen in Ireland to Hal Ketchum. Hanly wrote that, through his friendship with John Prine’s Irish guitarist Philip Donnelly, Hanly met the late Nashville music publisher Terrell Tye, who was Allen Reynolds’ business partner and Hal Ketchum’s girlfriend at the time. Hanly gave her a copy of “Past the Point of Rescue,” which Ketchum then recorded. Via e-mail from Ireland, Hanly talked about how he wrote this classic song of separation and undying love.

“The song was loosely based on the breakup of my first marriage with a lot of sundry observations pulled in to make it as real as I could,” Hanly said. “So like all my songs, it tells a story with a creative license.”

“I know from the original copy of the lyric that the first two verses and chorus came pretty quickly. I don’t know when the third verse was written, but surprisingly, it came up to the bar that I’d set with verses one and two. From the look of the original I’d say it was written in about a half hour. I can’t remember much editing at all. Interestingly, the four or five songs that came before that one were pretty awful!”

“I reckon Hal’s version is the best version out there. He has a beautiful voice. Unfortunately, he doesn’t perform anymore due to illness. The song has been good to me. It allowed me to plough my own furrow for which I’ll be forever grateful. I am surprised that no other major performer has covered the song outside of Mary Black in Ireland, and The Hellbillies in Norway, who also had a major hit with it in Norwegian [with re-written lyrics]. I also reckon I squeezed a lot of good lines into one song.”

In his book, Hanly said that when he first visited Nashville and had that fateful meeting with music publisher Tye, he “didn’t fancy Nashville too much,” though the city has changed dramatically from the Music City he saw in 1991. “I live in a place called Thomastown, County Kilkenny. Unfortunately, getting into the States for Irish musicians has become an expensive nightmare. You have to cough up $5,000 to a lawyer before you can set foot there, so a lot of us don’t bother. The irony is that American musicians are made welcome in Ireland, and we’ll keep it that way.”

“Past the Point of Rescue” was also cut by the pre-Natalie Maines Dixie Chicks on their early album Little Ol’ Cowgirl. 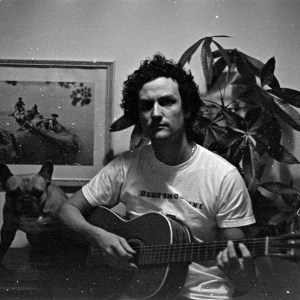 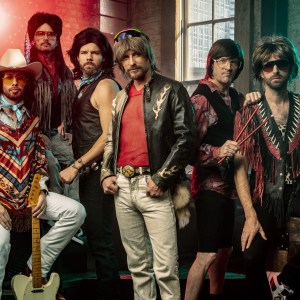