If you were in New York last summer, you probably saw the outdoor advertising around town with Chromeo’s Dave Maklovitch and Patrick Gemayel (aka Dave 1 and P-Thugg). Their mugs were plastered on the sides of buildings and bus stops as part of a marketing campaign for Bushmills Irish Whiskey that was dreamed up by a creative team at Cornerstone Marketing, in New York. The idea was to capture New York friendships.

Oddly enough, it all started with a trip to Ireland. “We got to go to [the Bushmills] distillery in this small town in Ireland, and we just kept coming back to the camaraderie of the people who had worked in the distillery their whole lives,” says Jeff Tammes, Cornerstone’s VP of Lifestyle Marketing.

The Cornerstone team wanted to recreate the spirit of the comaraderie that they witnessed in Ireland, but retell it with contemporary examples. They were initially inspired by the idea of screenwriters, and shows like Seinfeld that took place in New York. “We were focusing on New Yorkers who shape pop culture and tell stories in a variety of ways,” says Tammes.

Jon Cohen and Rob Stone, who also run The FADER music magazine, founded Cornerstone. While music wasn’t the initial focus of the Bushmills campaign, slowly music emerged as the dominant narrative thread. The New York hip-hop record label, Fool’s Gold, who’s Nick Catchdubs had worked with FADER previously, was an easy example. So was DFA, the label co-founded by LCD Soundsystem’s James Murphy that has released music by The Rapture, Hot Chip, LCD, and others.

“DFA is a seminal label shaping culture on a global level – but really it’s just a bunch of friends,” says Tammes.

Then there’s the lovable electro funk duo, Chromeo. Tammes says Dave and P-Thugg appealed to the campaign because the pair has “great energy and are really smart about everything they do.” “We wanted to work with people we felt were credible and we respect what they do,” he adds.

While branding and commercializing music has sometimes been seen as a controversial step for artists, Tammes says they found little resistance. “Everyone felt pretty comfortable with it,” he says.

They decided to call the campaign “Since Way Back” and it launched in late March and early April 2010. Along with the Chromeo posters, Cornerstone developed a series of web videos with each group of old friends talking about their shared experiences. Then, a few months ago animation artist Kate Anderson put her spin on the campaign with an animated update to Chromeo’s “Benchwarmers” video.

Tammes says Cornerstone is now working on a second phase of the campaign. It will continue to be New York-focused but will also introduce new characters. He says music won’t dominate, but he also floats the idea of releasing music – as in the Cornerstone-helmed Green Label Sound singles label for Mountain Dew – or some other kind of tangible creative media from the artists, like video.

Entering a second phase of the campaign shows that the Cornerstone team met their mark with Bushmills – no easy feat for making a meaningful connection between a working class Irish town and New York sophisticates. “We definitely had to spend some time talking about how and why [Chromeo, DFA, and Fool’s Gold] were the right fit,” says Tammes. But, he adds, after the Bushmills team got to meet the guys, “Everything went really well.”

Correction: A previous version of this article stated that Jon Cohen and Rob Stone started The FADER magazine prior to Cornerstone. Cohen and Stone partnered at Cornerstone in 1997 and launched The FADER in 1998. 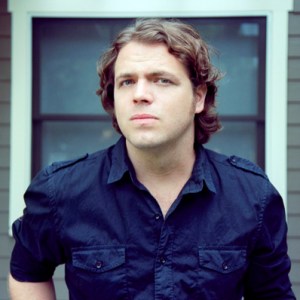