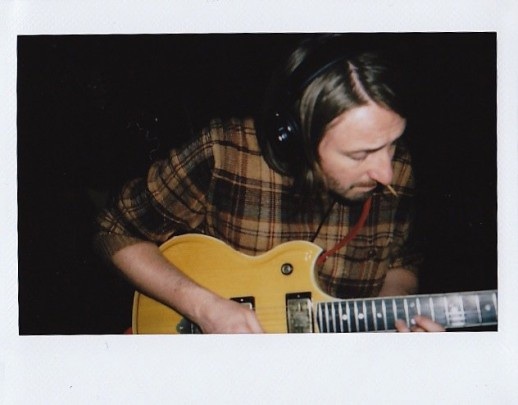 Lewis Pesacov seems to be one of those rare human beings who can go from a support act for Red Hot Chili Peppers’s UK arena tour, to producing L.A. indie darlings Best Coast and Nashville singer-songwriter Nikki Lane, to designing sound for commercials, to writing, recording, and playing guitar for his Afropop-influenced band Fool’s Gold.

When we spoke to Pesacov, he’d just returned from the band’s sixth European tour in the last two years: “It was a kind of exhausting one,” he says. This November, Fool’s Gold will head back over to the UK, to support the Chili Peppers for ten dates at places like London’s O2 arena. Pesacov has known the L.A. funk legends new guitarist Josh Klinghoffer for years. (Plus, he says he hears a vague African influence on the Chili Peppers new album, I’m With You. “I wonder if anyone would ever notice besides someone who knows a little bit about African music,” he says, laughing. “But I know Flea definitely went to Ethiopia.”)

On Leave No Trace, Fool’s Gold recently-released second album, Pesacov says his own band’s sound is less overtly African-sounding and more a synthesis of their influences than on their 2009 self-titled debut. “On the first record, we were teaching ourselves how to play some of that music. Now, we’re synthesizing it with other musical influences that we have and hopefully creating our sound, allowing our own voices to come out a little more.”

While Fool’s Gold gets grouped into the current wave of indie bands drawing on African musical influences, Pesacov says he and his bandmates focus their attention on specific regions and styles: the Malian Tuareg desert music, Malian monde music, and music from Zimbabwe and South Africa.

Pesacov is fairly encyclopedic about music, and it’s not surprising that he spent some time in academia, studying music theory and composition and writing rhythmically-complex avant-garde classical pieces for small ensembles while living in Germany. But he says it was also his interest in polphony — the study of many independent melodic voices — that brought him back to the guitar in pop music. “A lot of African guitar music is polyphonic. There are three or four guitar players each playing individual lines that create counterpoint to each other and a whole texture together.”

That description could apply also to Leave No Trace, where the guitar lines seem to dominate. The band recorded the album at Pesacov’s Echo Park studio, which doubles as the sound shop Black Iris, which produces content for advertising. The band set up in one room to record, keeping things simple and focusing on the performances. Pesacov played his 1977 Ibanez Bob Weir signature model, (“which is pretty hilarious,” he says, “I love the Dead”). Pesacov recorded the band to two-inch tape. Though he says he doesn’t have a problem recording digitally, he prefers the physical realm and depth of analog recording.

“I have nothing wrong with using the computer to aid in recording and editing, but I prefer the sound of all outboard signal processing — the electricity actually passing through circuits. There’s something charming about this revolution of people doing bedroom recordings, but at the same time I feel it’s very limiting. I miss the old days of really expensive, huge budgets. I picture the people at Abbey Road while the Beatles were recording. They’re wearing lab coats! They’re scientists. They’re documenting everything that’s happening. And I really think that’s important.”

Asked if he thinks the average fan can notice the difference between sound now and then, he says it’s more of a psychological question. “The way people interface with computers is entirely different than the way they interface when they come into a recording studio. With older technology, it’s not as easy to make yourself sound perfect.”

That obsession with sonic detail follows Pesacov into his production work for other artists too, and he likens producing to working on a score. “When you’re producing, you can control everything, much like the score with notation. You can control every sound.”

He sometimes even feels like he’s back in composition lessons – but now sitting on the other side. “I had three professors and lived in Germany for a year. You sit there for an hour and a half just looking at your score. And [the professors] look at your music and they go, ‘So, why are you doing this? What reason would you put this note [here]?’ You have to defend every move you make. It’s so funny, when you sit in the producer chair, it’s almost like [the band is] having composition lessons. It depends on the band.”

Last year, Pesacov engineered Best Coast’s debut album, Crazy For You, but he says much of their sound comes from the band’s “secret musical genius,” unsung member, Bobb Bruno. “He’s the sound of Best Coast,” says Pesacov. “I’ve been watching him play drums in bands in L.A. since I was sixteen.”

Pesacov also helped write and record some of the songs on Nashville newcomer Nikki Lane‘s debut album, Walk Of Shame. Lane and Pesacov share a label in L.A.-based IAMSOUND, whose owner Niki Robertson introduced the pair.

“[Lane] came in the studio one day and we actually wrote that song ‘Gone Gone Gone,’ which is her single. We wrote the song together, I did the demo for it, and everybody liked it,” says Pesacov, who says he was into Lane’s ’60s psychedelic and classic country sound. “I was like, ‘If you’re interested in that, you should listen to Jerry Garcia’s first solo album. That’s exactly what it is.’ But she wasn’t quite there for it.”

“Her whole thing is that she’s just a great singer. For me as a producer, it was all about arranging the music around her voice.”

So what’s next for someone who seems like he could be the busiest guy in L.A.?

“I just want to make sure I continue to do things that I like or have a connection to. With Nikki Lane, she came in and we spent a day hanging out before I even thought about producing.” 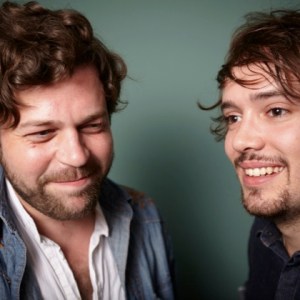