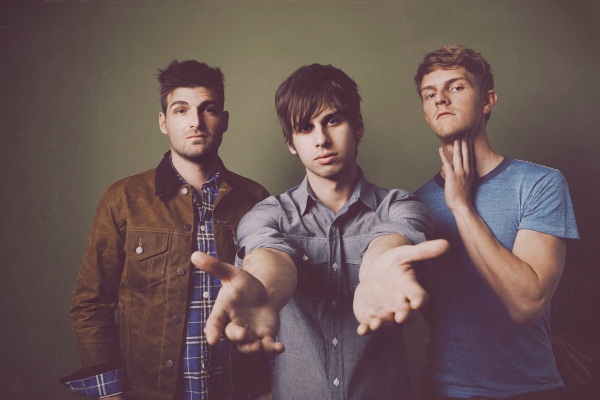 Recently I foraged into the wilds of the Internet, hungry for a juicy new composition into which to sink my teeth. I had begun to worry that this column had become mired in the past, a victim of the classics and their ominous shadows. I was determined to pay some attention to the kids, the new bloods, those squeaky wheels of musical invention writing away in the lonely garages and bedrooms of the world. With open ears and a clean conscience, I opened my web browser and commenced investigation. There was new shit to be found and broad horizons to be conquered. I was ready.

The task was not as easy as I had assumed. After two hours of YouTubing, Facebooking, Pitchforking and Pandora-ing, I felt a little lost and generally confused. Around every cyber corner I found songs either stuck in a long-past moment or so self-consciously minimalistic it seemed to barely exist at all. Down every virtual rabbit hole there was another tune that sounded fresh as a daisy but contained no substance whatsoever. Nothing out there was measuring up to my compositional standards.

But hits, views and comments don’t lie: Regardless of my ability to comprehend it, there was a ton of music out there with which audiences seemed to be connecting as strongly as ever. Which begged an obvious question: Were my “compositional standards” even relevant if no new music was reaching them?
The answer began to reveal itself later that night when a catchy little number popped out of my wife’s car stereo. “Pumped Up Kicks” is a song written and recorded by an L.A. band called Foster The People. The song became enormously popular last year and is still hanging on in the world of recurrent airplay, no small feat in a world of 140-character wedding proposals and multiple television shows about the state of New Jersey. FTP might seem destined to be a one-hit wonder, but its one hit is really something. A lot of singles from 2010 will soon be forgotten, but I have a feeling this one will be hanging around for awhile.

Why? I have no idea.

Well, maybe a tiny little kernel of an idea. Here goes: “Pumped Up Kicks” feels great. It just does. All the analysis and strategizing in the world will never bring about a piece of music that flows so intuitively. There is probably not much point in dissecting the song’s verse, a four-note melody sung over a track of digitally manipulated drumming, vintage keyboards, reverbed yelps and ethereal background vocal stylings. The lyrics purportedly concern a shooting rampage undertaken by a teenager named Robert Hawkins in 2007. Hmmm. Frankly, it all sounds a little like a Peter Bjorn and John comeback … or something Brit Daniels (of Spoon) might have written for The Jonas Brothers.

But then the song’s chorus appears, understatedly, with nary a cymbal crash to announce it:

… And, suddenly, all is forgiven. Foster The People take this innocuous stanza and turn it into an anthem. The only melodic trick I can ascertain is the repetition of the root note that falls on one beat in the first measure, three in the second and five in the third, followed by an ascending five note turn in the fourth. This is the sort of thing that used to be reserved for pep squad cheers rather than popular song, but it works like a charm. Not since Duran Duran or Huey Lewis has so much been accomplished with so little. What’s not to love?

As songwriters, we have to keep asking ourselves this very question. It is not fun to admit that we don’t get why a new song is connecting with people, but trying to understand why it works is an important step in our maturation as writers. It is all too easy to dismiss a song like “Pumped Up Kicks” and retreat to our Abbey Road vinyl, but we are bigger than that. Right? Discomfort breeds genius: If nothing else, embracing our unfamiliarity can set into motion those elements of our subconscious that seem to produce new material out of thin air. As always, it’s the process that matters most, not the end result. If we can keep listening with open ears we will write with open hearts.