Many songs romanticize the road, playing up the lure of both the journey and the destination. “I And Love And You” by The Avett Brothers takes a different tack, examining what pushes one to leave in the first place while ruminating on the chances missed with those left behind.

The song proved crucial for The Avett Brothers, as it kicked off their time as major label artists in 2009 by serving as the title track, opening song and lead single of the album they made with producer Rick Rubin. As Scott Avett told American Songwriter, the move to the new recording digs was a bit unnerving until Rubin put them at ease.

“We were nervous going in,” he remembers. “I think there was a little reservation about, ‘Would we be changed?’ There’s sort of this mythological abyss that people sometimes go into on major labels. But at the end of the day, it’s always up to the artist. Working with Rick, he was the first one to tell us that it was our call.”

The context of the creation of “I And Love And You” was that Avett had recently immersed himself in the music of Townes Van Zandt. “There was something very hopeless and sad-sounding about it, but I always felt there was a redemptive quality to it,” he says of Van Zandt’s work. “I felt like there was a dark hope thing to it. As sad as Townes would sound, it always felt there was still something very precious and bright about him.

“’I And Love And You’ was something where I was sitting at the piano, living with those melodies from Townes. And I was just writing endless verses. There was a melody but there was no chorus. There was no point in any type of structure. I never thought once of that song having a commercial value of any sort. Those lyrics came from thinking about a relationship with a family member, but not a wife or husband. It came from a father or mother and son relationship and the difficulty of being able to tell them, ‘I love you.’”

You can definitely hear homages to Van Zandt’s formalized language in the lyrics to “I And Love And You.” (“So I cut the tied and jumped the tracks/For never to return.”) What shines through, however, is the disillusionment the narrator feels, about both his own actions (“Look at the things I do”) and his worldly travels (“All exits look the same”).

When Avett took it into the studio, his brother Seth, the song’s co-writer, helped to shape the material, with Rubin encouraging the results. “It was the beginning of us dropping this credit thing,” Scott Avett says. “Letting go of, ‘Whose idea was it?’ I’m sure my first reaction was, ‘This song’s not supposed to have a chorus. It’s a chronological folk song. It never stops.’ And probably at first, I didn’t want to see that happen to something that I felt was innocent and sincere and real. And I didn’t want to see it get chopped up and repeated. But it never would have reached as far if it didn’t do that. There was no way that song would exist like it does without all of us.”

With the “Brooklyn, Brooklyn, take me in” line turning into an informal refrain, special guest Benmont Tench adding soulful touches on keyboards and the brothers providing moving harmonies to contrast the loneliness depicted in the song, “I And Love And You” proved the perfect way to introduce The Avett Brothers to a wider audience. “It was just a junkyard of words,” Avett says of the process. “Lots of fragments and we extracted from it.”

As for why “I And Love And You,” a ballad based on specific people and places, resonates so well with a wider audience, Avett believes it hinges on the relationship people have with sad songs. “People can be as happy as they want, but at the end of the day, they have to do it alone,” he muses. “I guess maybe people are drawn to that stuff because they keep those feelings so close and they don’t get to exercise them enough on a bigger level because it shows vulnerability. It’s a place where we can really indulge in that loneliness.

“Longing in music is the number one thing that I gravitate towards. Because I know we’re all just on our knees, looking into the skies longing for peace. And that’s all this is. It’s just ‘Relieve the fear. Let me know what’s going to happen. Let me die peacefully. Let me live happily.’ And it’s all just longing. That’s what the whole journey is about.” 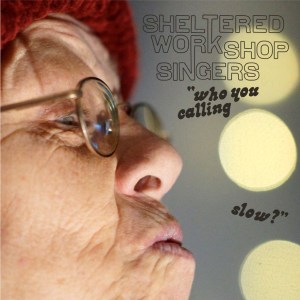 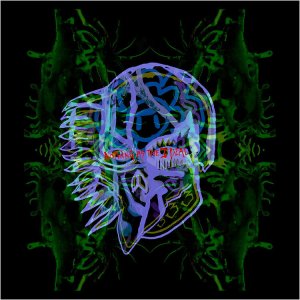