For Scott Avett, co-founder of the wildly popular Americana band, The Avett Brothers, the unknown is not a scary thing. Looking into the metaphorical dark of the future does not worry him. Indeed, it’s the opposite. Avett finds the unknown beautiful, exciting. This realization, which he came to formally some time ago while playing music, was a life-changing one for the Grammy-nominated and celebrated artist. The lesson opened his eyes to the possibility of not simply technical expertise. Rather, it opened him up to his internal self more and that’s made all the difference for the musician, who, with his brother, Seth, will release the band’s latest album, The Gleam III, on Aug. 28.

“Plenty of times in my life,” Avett says, “I’ve been quite insecure about my musical abilities and my musical knowledge. But then somewhere along the way it dawned on me that, ‘Hey, this has nothing to do with that at all.’ So, since I don’t know what I’m doing, that’s all the more reason to do it and step into the unknown, which is what really makes art.”

Even today, when Avett looks back on major and minor aspects of his successful career, he thinks how he “didn’t have any clue” what he was doing. But, in a way, he’s glad for that. He’s glad for new roads and for discovery. When Avett was seven-years-old, he made some of his first important music discoveries. Music had always been in his life, but it was then that he began “idolizing” Daryl Hall and then David Lee Roth. Music and songwriting, more than anything else, was a mode for Avett’s self-expression. And even more than songs, self-expression has been Avett’s aim.

“Being on stage and performing for people was one of the many ways of expressing myself,” Avett says. “I would improve in real-time in front of people.”

In many ways, The Avett Brothers, who have released melodic and harmonized hits like, “I And Love And You” and “Head Full Of Doubt/Road Full Of Promise,” started in parking lots and shopping centers as young teenagers. At home, the brothers listened to music from Willie Nelson to Bob Dylan, Merle Haggard, 80s contemporary country and Charlie Poole. But when the brothers were 17- and 13-yers old, respectively, they’d look for places to play anywhere and just dive right in.

“It was a right of passage,” Avett says. “We were doing it on our time. We were finding out how good or bad we were and what was the return on that. What did people do when we played, how did they react? And they did enough to keep us going, I guess.”

But while The Avett Brothers have their fair share of popular records, millions of streams, awards and nominations, the front man honestly doesn’t think much of them. In fact, the brothers’ new record begins with the track, “Victory,” which opens with the line, “Accolades and happy days / they don’t ever last.” The lyric is true to Avett’s feelings. The material rewards aren’t nearly as important as the journey.

“I don’t make a lot of t at all, I really don’t,” he says. “I think the only thing it does is help guide sometimes what might be good for a group of people to hear. If a big group comes out to see us, we want to make sure we can play something they can sing along to and can dance to. I’m very grateful for all of it, that’s the extent of it.”

The Avett Brothers grew up in a loving family in rural North Carolina. Avett says he always felt supported. Family gave him the proper foundation he could fall back upon of he and his brother were ever in crisis. As a result, this footing has helped grow the band and it shows up almost immediately on The Gleam III. On the record’s second track, “I Should’ve Spent The Day With My Family,” Avett sings of spending too much time trying to be productive in a world where negative headlines are everywhere. Instead, he laments, he should’ve have been with his loved ones. It’s a lesson truly many could learn.

The band’s new record is the third in The Gleam series. While The Avett Brothers have released 10 full-lengths from 2002 to 2019, the brothers have also produced three Gleam EPs. The records carry a special significance for The Avett Brothers. For a band that’s done many big things in its 17 years, the Gleam records celebrate the importance of the smaller moments, those times meant for self-reflection and conversation amongst a chosen few.

“The series is really focused and intentional,” Avett says. “It’s a play on the quiet, little flashes of light that happen after a big, exciting and noisy time. Gleam is sort of like what happens after all the madness.”

The stripped-down acoustic record, which features both brothers and upright bassist, Bob Crawford, is open, vulnerable and bare (“I like the fact that we don’t tamper with the songs,” Avett says). But, as always, the music is rooted in the deep bond and creative chemistry shared between the two brothers. Every success, every choice emanates from that. And while the band continues to shape their art and each other through music, that effort, Avett says, begins in very individual ways.

“We’ve always dealt with things that are very personal in our songs,” Avett says. “I think that’s the key – to know and really believe that advocacy starts at home.” 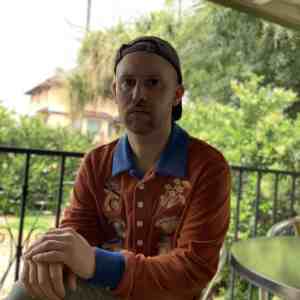 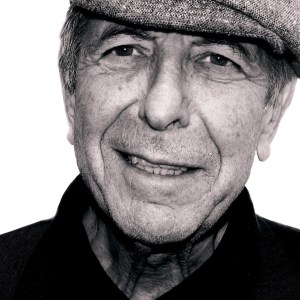