Jessica Dobson, frontwoman and principle songwriter for the Seattle-based band, Deep Sea Diver, was adopted. While this is indeed a very personal bit of information it is also pertinent to the story of the band’s new LP. Any work of art takes a lifetime to create. While, in truth, from first note to final mix, a song may take, say, a year or two, the work is, in actuality, a culmination of a person’s entire existence. It wasn’t until recently that Dobson met her birth mother, which was both monumental and fascinating for the expert musician. The encounter is one of several recent marvelous moments for Dobson and her percolating, neon-electric-sounding group, which is set to release its latest LP, Impossible Weight, on Friday.

“I had fantastic parents, they encouraged me all the time, I’m so grateful for the family I ended up being in,” Dobson says. “I’m also grateful for my birth mom deciding to put me up for adoption. That’s a really hard decision to make, being so young. But I lived with a mystery my whole life.”

Dobson, despite the love and admiration she feels for her adopted family, has long wondered where she belonged, where she came from, what impact did nature versus nurture have on her life and on her artistic sensibilities. One day, she says, she found her birth mother on Facebook, of all places, partially on purpose but also partially by accident.

“You live your whole life wondering,” Dobson says. “Then you go from zero-to-one-hundred, seeing a million photos of her online, videos. Going, ‘Oh, that’s what her voice sounds like!’”

Uncovering crucial parts of the mystery of her past imbued in Dobson a newfound security, a profound satisfaction and a type of renewed confidence. It’s an almost unbelievable, unpredictable twist that comes at a time when a great deal is changing for Dobson and Deep Sea Diver – and often, in a personal way, for the better. Dobson, who was signed to Atlantic Records at 19-years-old, has experienced just about every high and low when it comes to the music business in the years since. And in an era when bands, venues, tours and everything else are experiencing atrophy, Deep Sea Diver is fairing – knock on wood – pretty well. In some ways, better than ever. Ever since their solo single release in April to their new LP out on the famed ATO record label, things have oddly, paradoxically fallen into place for the band.

“Everything has always been backwards for Deep Sea Diver,” Dobson says. “It’s been an uphill battle. Self-releasing records is really hard and we’ve done that so many times. But with quarantine, we took the approach of saying ‘screw the music business.’”

At the time, Deep Sea Diver, which incudes Dobson’s multi-instrumentalist husband, Peter Mansen, didn’t have a plan for the new record. Instead, they wondered how they could connect to fans. They released the single, “Stop Pretending,” in April, made a video with fan-submitted clips and, suddenly, a weight was lifted. They had found momentum. Purpose. They dove in.

“We let go,” Dobson says. “That didn’t mean stepping back. It meant entering it more fully. It meant shutting down the critic voice.”

The new 10-track album has been finished for a year. But it can take a while for a record to find the right placement. With ATO, Deep Sea Diver has found that home. Impossible Weight is stellar. Each track sticks out, impresses. “Eyes Are Red (Don’t Be Afraid)” feels like a rush of energy after running a race through New York City. “Shattering the Hourglass” inspires, saying forget the construct of time. “Wishing” pulls at the heart. And “Impossible Weight,” which features Sharon Van Etten, is a blistering eruption of rock. The LP pops with tight rhythms, bright guitars and Dobson’s clearest, crispest vocal performance to date.

“I quit smoking three years ago,” Dobson says. “That opened up a range I hadn’t experienced for a long time, vocally.”

Dobson, who’s been an official member of The Shins and played regularly with artists like Beck, says she’s always been a driven person. When she gets interested in something, she becomes obsessed. As a kid, her mother got her piano lessons but that quickly blossomed to guitar, bass, drums and synths. Before three-years-old, Dobson was harmonizing in the car seat of her mom’s Mercedes. In a life filled with wonder, curiosity and creativity, coupled with the ups and downs of the business of being a professional artist, Dobson has persisted. Perhaps more than anything else, that’s because of music.

“Often, I’m in my head and that can be a good and bad thing,” Dobson says. “I love living in different worlds and that’s what I love most about music. It’s something outside of yourself, something bigger, moving you in whatever direction it wants. I would deeply miss that if it wasn’t a part of my life.” 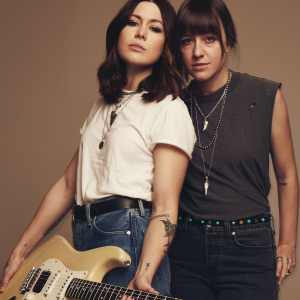 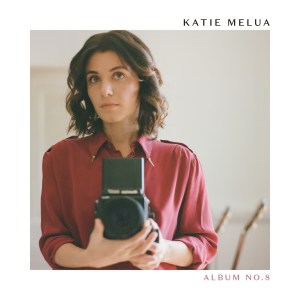