The life story of Raleigh Keenan already sounds like it could find its way into some outlaw country song. Born in the Columbus State Penitentiary to a father he never met and a mother that was in jail on drug-related charges, Keegan was put up for adoption at just three days old.

No doubt—it’s a damn sad story. But it’s certainly a story with many sides.

“There is another side of my story that is nothing short of a triumph,” Keegan emphatically tells American Songwriter in a recent interview. “My birth mom was clean when she had me, and she bravely gave me a chance and loved me enough to give me away to my adoptive parents, and they blessed me with so much. So, in terms of my songwriting, I’m constantly pulling from both sides of the story.”

In fact, Keegan’s latest single “Long Line of Lovers” does exactly that, taking a somewhat whimsical lyrical look at those who simply love the wrong thing over and over and over again. With an acoustic performance of the song premiering exclusively on American Songwriter, it takes just one listen to the intriguing song to realize the deep and dark roots of which it originated.

“The actual song title was inspired by my birth mom’s dad, who was actually one of the country’s most wanted people,” Keegan explains rather nonchalantly. “He was a bank robber who was eventually caught and went to federal prison.”

And it was this story and many others that Keegan brought into the writing room on the day “Long Line of Lovers” came to be.

“I usually bring in music ideas first, but on that day, I had a verse and some of the chorus already done,” explains Keegan, who wrote the Grammy-award winner Ryan Gore-produced song alongside fellow songwriters Lonnie Fowler and Joel Shewmake. “Then, Lonnie started playing this super groovy, mod beat and soon, the hook materialized. From there, we had the bones of the song.”

But as the writing on the song continued, Keegan came up with a way to use another aspect of his life in the lyrics.

“I wanted to connect the song to my wife Shelby too, because she is a big part of my story,” explains Keegan, who currently lives with his wife of 6 years in a little farmhouse just outside of Nashville. “There were many times in my life where I felt like I was loving the wrong thing. I was a bad rebel in high school and early college. But then, I loved her, and she has been such a good thing in my life.”

Currently working on a bunch of new material, Keegan says he will be delving even more into his past for songwriting inspiration, constantly leading with an honesty that he says he inherited from his birth mother.

“I’m the type of person who is incredibly comfortable telling people about my flaws,” says Keegan, who has heard that his birth father was a guitar player himself. “I’m not one to hide a single thing. For me, songwriting is about brutal honesty, even if it hurts.”

And it’s this honesty that can be heard loud and clear as Keegan reminisces about his time on Music Row thus far and going forward.

“When I first moved to Nashville, I played the game,” says Keegan, who has already self-released 3 EPs during his brief career. “I constantly tried to do what was popular and what was going to work. I tried to be like everyone else and it was draining. But when I would try songs on the road or now on livestreams, I feel like my fans appreciate when I am more honest and tell my stories. (Pauses.) I would rather something be different and worse than better and the same.” 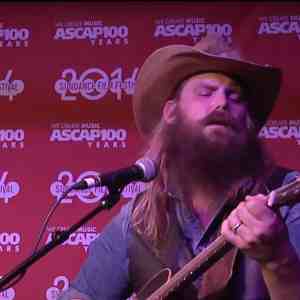 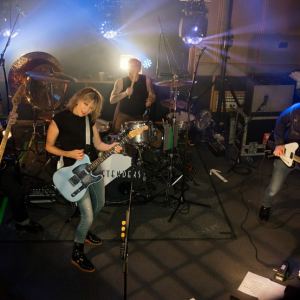