The Singer-Songwriter-Guitarist died March 16 in Kentucky.

“I walked into JR’s in Cincinnati one night back in 1986,” wrote Greg Dulli of the Afghan Whigs, “and watched a gaunt and possessed singer-guitarist manhandle a beat-up acoustic guitar with a pickup and an overdrive pedal, whilst leading his power trio through an absolutely incendiary set that had our jaws on the floor. His name was Paul K and his band was the Weathermen. When they played a song called `Amphetamines and Coffee,’ I felt electricity surge thru my body.”

Greg Dulli’s reaction was not unusual; pretty much anyone who saw him live felt that same electricity; Greg Kot, the great music writer of the Chicago Tribune didn’t restrain his enthusiasm, dubbing Paul “the greatest unknown songwriter of his generation.”

A Detroit native and longtime Kentuckian, Paul K made more than 100 records between 1983 and 2019, both solo and with Paul K and the Weathermen (among other band names). Never one to compromise for record sales (or record labels), Paul had an international, if still decidedly underground, following of diehard fans, critics, college radio DJs and fellow musicians. That was fine by Paul as long as people would simply listen to his songs.

Paul Gregory Kopasz was born on November 30, 1962, in Detroit, and was adopted as a baby from the Catholic nuns by his loving parents Carmela (nee Starna) and Myron Kopasz. Paul was a reluctant altar boy at St. Gerald Catholic Church in Farmington. At Catholic Central High School,  he excelled in both ice hockey and debate, then received a full scholarship for debate at the University of Kentucky, where he became a nationally feared competitor under the famed J.W. Patterson.

It was also Patterson (the uncle of none other than Gram Parsons) who urged Paul to leave college before graduation, in order to pursue his heart’s desire: music. Paul’s voluminous output of handmade cassettes in the ‘80s and ’90s eventually led to record deals with such labels as Silenz, Homestead, Fiasco and Thirsty Ear. He also made three albums for Alias Records, including 1997’s Love Is A Gas (produced by the Velvet Underground’s Mo Tucker) and the 1998 rock opera A Wilderness of Mirrors, which later inspired the 2012 documentary film of the same name.

“[Paul] was like a cross between Lou Reed and Townes Van Zandt,” said John Kruth, who played mandolin and harmonica in the Weathermen. “He was a lanky, gaunt guitarist with a cigarette perpetually dangling from his lips. His lead guitar work was nothing short of transcendent. He could wrangle these searing, grungy riffs from his ax that danced in the ether with the likes of Neil Young.”

In 2017, Paul ventured back into the studio with Poulton, Kotche and Eleventh Dream Day’s Rizzo for a band he dubbed Paul K and the Killer Elite, which also featured Scott Ligon (The Flat Five, NRBQ) and Deanna Varagona (Lambchop).

A former junkie turned alcoholic who admired the likes of Johnny Thunders and Townes Van Zandt just a little too much, Paul first moved to Lexington in the ‘80s to attend college. It’s there he met and married Danielle Turpen, with whom he’d had intermittent love affairs since 1991, and quit drinking for good in 2016.

Musically, Paul K moved seamlessly from the noisy, cinematic lo-fi of his early days to soulful, fully fleshed-out rock, while always staying firmly rooted in the singer-songwriter tradition (“Poor Man’s Eyes,” the first acoustic song he ever wrote, never left his repertoire). In addition to penning more than 3000 originals, he was well-known for his choice in covers, ranging from the Velvet Underground’s “Sister Ray,” Dizzy Gillespie’s “A Night In Tunisia” and Shriekback’s “Faded Flowers” to Steve Wonder’s “Jesus Children of America,” Olney’s “Jerusalem Tomorrow” and multiple Townes Van Zandt songs.

At the turn of the century, Paul went back to his DIY roots, self-releasing several dozen albums on Farnsley Recordings and Beacon Hill Recordings. Even as he underwent six months of cancer treatment, he assembled three career-spanning, double-CD anthologies, essentially curating his own recorded epitaph.

“Many of my songs will be forgotten,” Paul sang in his song “David Ruffin’s Tears,” an evocation of his Detroit birthplace.

That’s true, sadly, about most songs. Most don’t get remembered. Paul knew that.

But not his songs. The songs of Paul K will not be forgotten. 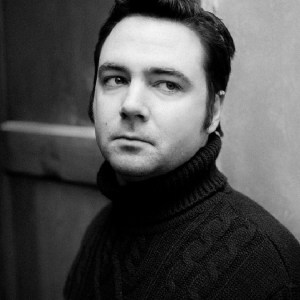 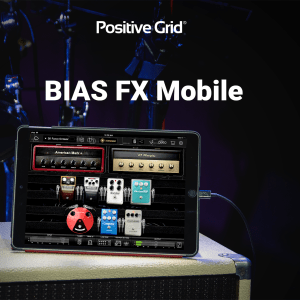