“Wake up. Open your eyes. It was only a dream … or was it?” are the ominous words spoken by a faceless man similar to Rod Serling in The Twilight Zone. That’s the first audio you’ll hear on Indianola’s debut full length release and it’s a near perfect set up in preparation for the following 37 minutes.

Take a ride back in time as Indianola, the pseudonym of Nashville’s Owen Beverly, delves into the darker edges of 60’s pop and rock. With a lush, somewhat foreboding voice that’s a combination of the more haunting aspects of Roy Orbison, Chris Isaak, Marc Bolan, Elvis and Dexter Romweber, Beverly digs into thumping rockabilly, sweeping widescreen ballads and murky, molten garage punk. “I’m just a guy with a voice that can kill you,” he sings on the appropriately titled “1960’s” and that’s about as honest a metaphor as you’ll get. Beverly, who released a tantalizing five track EP in 2016, has further refined and diversified his approach for this first full length introduction to his distinctive sound.

From the T. Rex-styled glam of “How Did I Get so Rock N’ Roll?” and “White Lies,” to the booming Orbison influenced ballad “Want Me Back,” the chugging Iggy Pop “Lust For Life” styled riff-inspired “Fame is a Mistress,” and the creeping closer “Write It in Blood,” Beverly — who plays all the instruments except drums — sets his sights on a vision that encompasses a variety of approaches funneled through his idiosyncratically shadowy image.

The vibe lightens considerably on “Mid Century Modern” where Beverly combines Buddy Holly and Chuck Berry licks, adds reverbed backing vocals, then charges through. And even though there isn’t much blues on “Every Day I Got the Blues” (not to be confused with the genre classic “Every Day I Have the Blues”), the tune swims in a pool of swirling drums and psychedelic guitar like a mix of the more rocking sides from the Yardbirds and Cream.

There is attitude to spare but also hooks and songs seemingly plucked from the catalogs of Beverly’s influences, then mashed together. Credit Shovels and Rope’s Michael Trent who not only included Indianola’s version of the Hollies’ “The Air That I Breathe” on S&R’s Busted Jukebox Volume 2 covers set, but invited Beverly to record this album in his Charleston, SC studio.

Beverly constructs a retro-based groove that plunges you into “a land of both shadow and substance, of things and ideas,” as Twilight’s Serling would say. Indianola’s music often feels like the soundtrack to a lost episode of that legendary ’60s show. 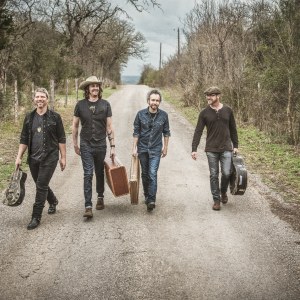 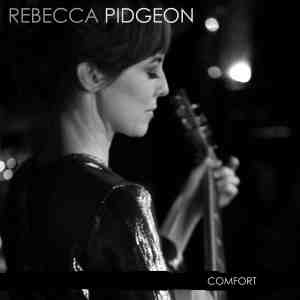