Search
Cart 0
Menu
This short documentary, Any Day Now, premiered to a packed theatre at the Nashville Film Festival.

Jeff Wyatt Wilson is a filmmaker in Nashville, Tennessee. He’s worked in major films and TV productions and, most recently, filmed a documentary following the American Songwriter and BMI sponsored Ten Out of Tenn Tour. This feature film, Any Day Now, premiered to a packed theatre at the Nashville Film Festival. He took a quick breather from his current projects to answer our questions.

How and when did you get your start in filmmaking?
My father, Jerry Wyatt Wilson, has always been an amateur photographer and filmmaker; shooting everything from 35mm photography to various 8mm film cameras. As a child we would watch films he had shot in the ‘60s and ‘70s on an old 8mm projector. He captured unbelievable black and white footage of his family, friends-even rare footage of President John F. Kennedy riding in his limo around the track of the football field at Vanderbilt University. These images were extremely impressionable and never left me. The sound of the projector, the mystique silence, aesthetic and voyeuristic vibe was extremely attractive to me.

When I was 13 my father bought a VHS camcorder which I quickly acquired and declared as “mine.” Immediately my friend Bryce Phillips and I began recreating films that influenced us as kids; re-writing screenplays, making shot lists, and scoring our films with wherever we could get our hands on. When I entered college I knew I wanted to make films for a living, so I minored in English with an Emphasis in Film Theory. Upon graduating in 1996 with a B.S. in Advertising, I attained an internship with Studio Productions whereas I got my first taste of real filmmaking: learning the basics of production technique, lighting, location sound recording, cameras, lens’, film stocks, etc. While interning at Studio Productions and working on commercials with Jim May, Jim Varney, Carden and Cherry, I had gotten wind that Harmony Korine, writer of the cult film KIDS, was heading back into Nashville to make a film entitled GUMMO. To make a long story short, I got on the film as an assistant to the Art Director. Within several months after completing the film in Nashville, I decided to go to Los Angeles whereas I stayed and worked for two years under the great leadership of Unit Production Manager Stuart Zwagil of 44 Blue Productions. During this time I worked on several major motion pictures (Breakfast with Einstein, Krippendorf’s Tribe, Push) with various companies from Showtime (the Holocaust Series) to Nickelodeon (And Now This…), with actors such as Giovanni Ribisi and Coolio, to Juliette Lewis and Barbra Streisand. In a nutshell, this is how I got started.

What’s your philosophy about music in film, film about music, etc.?
As a filmmaker I am very influenced by sound and music in film. To me, one is not stronger than the other and both are constant and necessary in any film. Offering tone and rhythm to every scene is not just auditory, but optical as well. There is always music, even in silence. Interestingly enough, I am currently gathering preparing for a feature film period piece slate to shoot in the fall in which the score will simply be the natural ambiance of the environments. The only music heard will be what is created in the context of these scenes. The story is a tragic sociological study of human behavior and thus relies heavily on creating the reality of the scenario; and in reality, there is no score in the background other than whatever sounds are in your natural environment; in this case… a circus.

Music is a tool in film used to provoke emotion and can take your audience to places the visual can not; likewise, the visual element has this equal emotional power and can parallel this only in a different sense.

What kind of music inspires your filmmaking process?
Ambiance.

What was the most difficult thing about filming a documentary about ten solo artists all on the road together?
The most challenging is feeling the sense of invasiveness. I felt the responsibility as the filmmaker to follow and track every moment of everyday; even in life’s grim realities, I would feel obligated to keeping the camera rolling. This is always a challenge to not only my personal integrity, but my professional integrity as well. Finding the balance of having the camera on and having the camera off was next to impossible. As soon as I would turn it off, someone would say, “Did you get that, please tell me you got that!” That’s frustrating. Screw integrity, just keep filming. And I did. 120 hours in 16 days.

The most fun?
This journey was one of the most beautiful experiences I have ever had. The trip as a whole, was incredible. No joke, these were the most beautiful, caring people I could possibly be trapped on a bus with for 16 days. A family was created on this journey.

Do you have any other documentaries or music videos in the works?
I’ve been presented with a few new opportunities in the world of documentary, but I am focusing the remaining portion of 2009 on Feature Narrative. As for videos, KS Rhoads, Jeremy Lister, Katie Herzig and I have discussed shooting a video or three. We shall see.

Our small film company, Wilson Independent Studios, recently completed another screenplay and is currently meeting with L.A. and N.Y. producers and investors in hopes of gathering the proper funds for a union shoot in the Fall of 2009.

Meanwhile, our writers are at work on yet another screenplay in preparation for 2010. Our goal is to establish ourselves as a grassroots independent feature film company in the business of making films about life, art, and philosophy. 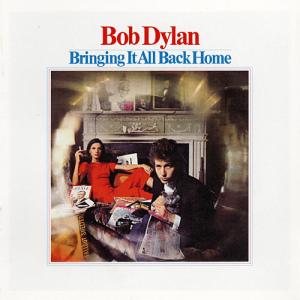