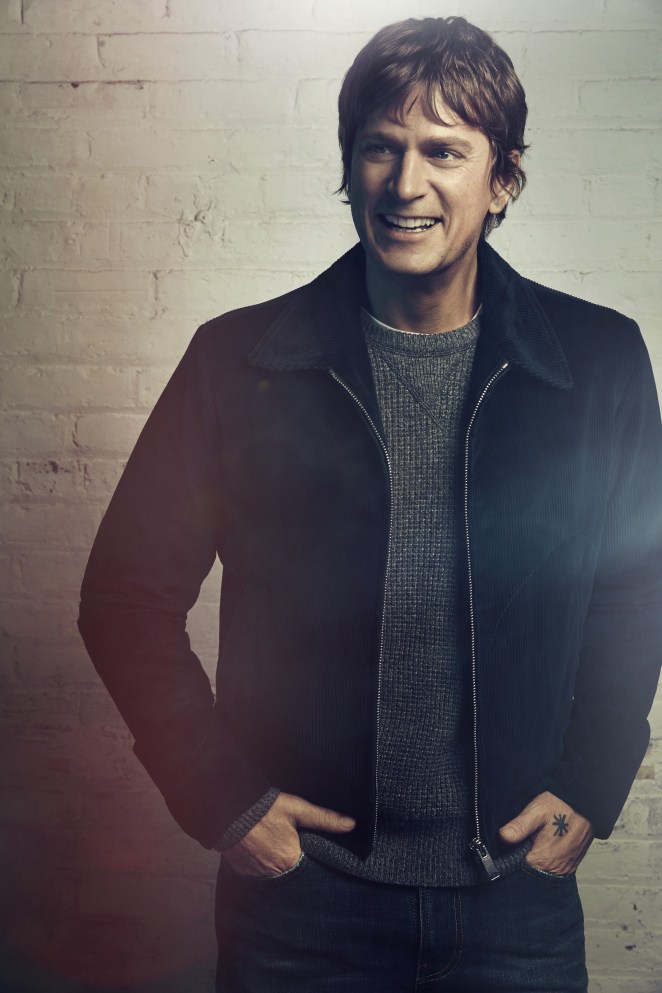 Three-time Grammy Award-winner Rob Thomas is a singer, songwriter, and multi-instrumentalist best known for being the lead singer of the rock band Matchbox Twenty. Throughout his illustrious career, Thomas has consistently made history. He received a rare Diamond Award from the RIAA for Matchbox Twenty’s 12-times platinum debut Yourself or Someone Like You. His 2005 platinum solo debut, Something to Be, became the first album by a male artist from a rock or pop group to debut at No. 1 on the Billboard Top 200 since the chart debuted. Its follow-up Cradlesong cemented him as the only male artist with multiple No. 1 hits at Adult 40, while he tied P!nk for most No.1s by a solo artist in the chart’s history. Not to mention, he teamed up with Santana for “Smooth” in 1999, which not only earned three Grammy Awards but also was declared the all-time No. 1 song on Billboard’s “Adult Pop Songs” radio airplay chart, the No. 1 song of the Rock Era based on chart performance on Billboard’s Hot 100 and recently declared to still hold the spot as the second most successful song of all time by Billboard. Additionally, Thomas became the first-ever recipient of the prestigious Songwriters Hall of Fame Hal David Starlight Award created to recognize a composer in the early years of his or her career that has already made a lasting impact. Moreover, he garnered numerous BMI and ASCAP awards and would be crowned “Songwriter of the Year” by both Billboard and BMI. He has also been a songwriter for artists such as Willie Nelson, Mick Jagger, Marc Anthony, Pat Green, Taylor Hicks, Travis Tritt, and Daughtry.
https://www.robthomasmusic.com 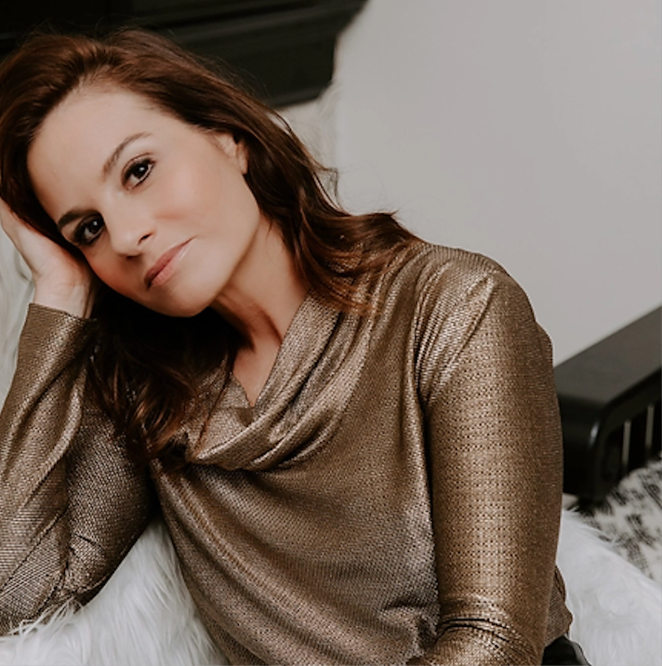 DioGuardi has collaborated with some of the most iconic pop music artists in the world, including P!nk, Katy Perry, Celine Dion, Kelly Clarkson, Britney Spears, Miley Cyrus, and Demi Lovato, among many others. Her credits include more than 320 songs released by major labels, 150 of which landed on RIAA Platinum albums, and more than 50 charting singles, cumulatively surpassing one billion streams.

In 2020, she co-founded briidge, a music app and networking platform that helps connect music creators based on their skill set, location, and personality. With briidge, she aims to take down the walls between creators so they are more empowered, educated, and connected as they build their own careers. 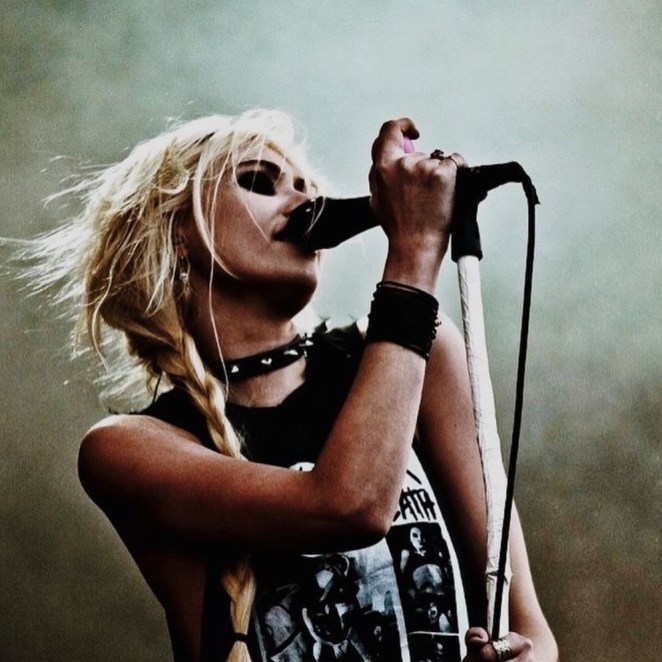 Taylor Momsen is an American singer, songwriter, and actress, best known as the frontwoman of the rock band The Pretty Reckless, which gave rock ‘n’ roll the jumpstart it needed for a new generation, but they did so entirely on their own terms. Since 2008, they have emerged as the rare force of nature who can appear in INTERVIEW Magazine, Nylon, ELLE, Good Morning America and Entertainment Tonight — and share a stage with Guns N’ Roses and Soundgarden. Joined by late producer Kato Khandwala, they fanned this flame on Light Me Up [2010] and Going To Hell [2014]. The latter housed three #1 smashes—the platinum-certified “Heaven Knows” (the biggest rock song of 2014), “Fucked Up World,” and “Follow Me Down. In the wake of 2016’s Who You Selling For, “Take Me Down” vaulted to #1 on the Mainstream Rock Songs Chart, enshrining them as “the first band to send its first four singles to #1 on the chart,” according to Billboard. During 2021, Death By Rock and Roll elevated them to rarified air. With its impact, the four-piece carved out a place in history as “the first female-fronted band to have back-to-back No. 1 singles at the active rock format” and “the first female-fronted act to have seven No. 1 singles on the Billboard Rock Radio Chart.” Beyond acclaim from V Magazine, Spin, and more, it bowed at #1 on the Billboard Top Album Sales Chart. It also notably boasted collaborations with legends such as Soundgarden’s Matt Cameron and Kim Thayil on “Only Love Can Save Me Now” and Rage Against the Machine’s Tom Morello on “And So It Went.” This boundlessness drives Plugged Out, Vol. 1 [Fearless Records] where they deliver their first proper acoustic recordings, unexpected covers, and other re-imaginings, covering new territory once more.
https://deathbyrockandroll.com/
ENTER THE SONG CONTEST NOW 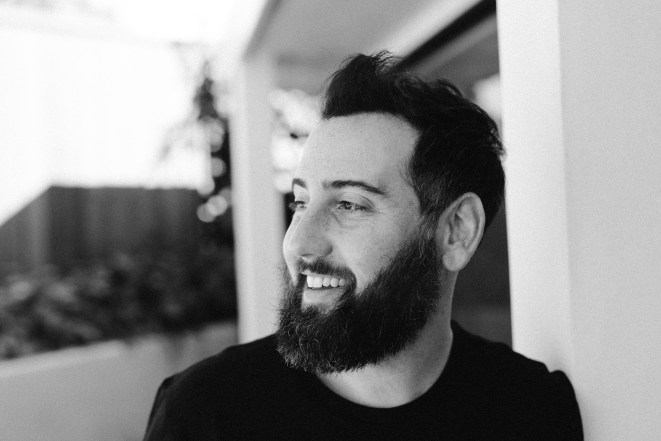 Ross Golan is a multi-platinum songwriter, artist, podcast host and advocate. He studied music at the University of Southern California and has since released songs with artists such as Justin Bieber, Nicki Minaj, Lady Antebellum, Michael Bublé, Selena Gomez, Keith Urban, Ariana Grande, Maroon 5, Flo Rida, One Direction, Idina Menzel, Nelly, Demi Lovato, Jason Derulo, Meghan Trainor, Cee Lo Green, 5 Seconds of Summer, Snoop Dogg, Gavin DeGraw, Colbie Caillat, Andy Grammer, James Blunt, Big Sean, Travis Barker, Lukas Graham, and Skylar Grey among many others. He was awarded BMI’s Songwriter Of The Year in 2016.
As an artist, his concept album, The Wrong Man, was released on Interscope Records in July 2019 and opened as a musical off-Broadway in October 2019. His podcast, And The Writer Is… with Ross Golan, has approximately 3 million downloads and has become the perennial songwriting podcast. Each episode is a conversation between Ross and a venerable songwriter discussing their journey in the music industry.

As an advocate, he co-authored the proposal to get songwriters added to the Album of the Year award at The Grammys. He has also been a leading voice in passing the Music Modernization Act alongside NSAI, SONA, NMPA, and RIAA. He is now the first songwriter added to the NMPA board in its 102-year history. 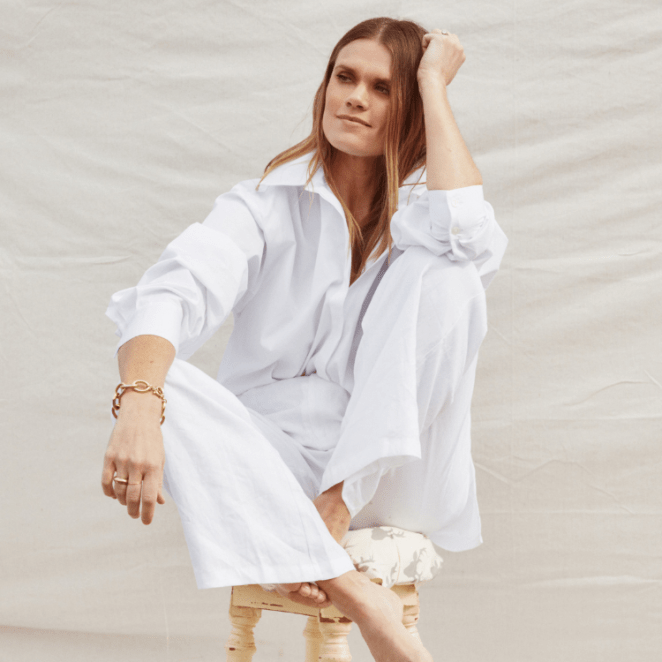 Award-winning songwriter Nicolle Galyon is one of Nashville’s most respected voices, having written nine No. 1 singles, including Miranda Lambert’s “Automatic” and Dan + Shay’s multi-platinum “Tequila.” Adding to her triumphant career, Nicolle released her long-awaited debut album, firstborn, last month—a striking personal statement that tells her life story in song form. In addition to her work as an artist, Nicolle founded the female-focused label and publishing house Songs & Daughters. 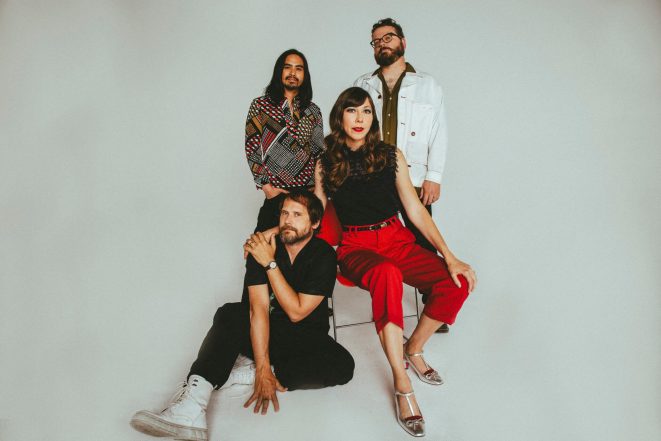 Silversun Pickups is a Grammy nominated 20-year veteran of the rock music scene. They have toured and supported artists like Foo Fighters, Muse, Kaiser Chiefs, and more. Their sixth album Physical Thrills came together as a serendipitous accident during a dark time. Lester says, “Physical Thrills is exactly the record that we wanted to make, which I’m really stoked about because sometimes you look back and think, ‘Well, that’s maybe not exactly how we would have done it’ when you go back and listen to it years later.’ But I feel really proud of this one. I think the songs that Nikki sings on are like the best ones we’ve done for her to sing on. The lyrics are better than they’ve ever been.”

Monninger adds, “We’ve been together for twenty-two years; it’s really interesting that we still love doing this. We know that we’re fortunate to still be together after all these years, seeking out the silver lining. I feel like we still have many more things to say, and we’re so happy with how this album turned out.” 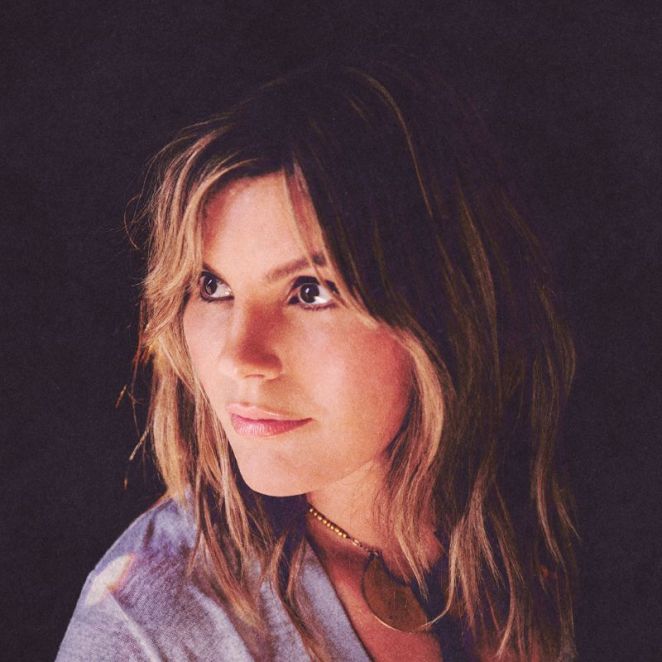 Described by Spin as “one of the greatest living voices in rock today,” Grace Potter has not only played every major music festival from Coachella and Lollapalooza to Bonnaroo and Rock in Rio, she’s created her own thriving music festival, Burlington, VT’s Grand Point North. Additionally, she’s shared a stage with artists such as The Rolling Stones, Willie Nelson, Robert Plant, the Allman Brothers, Neil Young, Jackson Browne, Mavis Staples, and The Roots to name just a few. A three-time GRAMMY-nominated artist (two for 2019’s Daylight, one for her multi platinum duet with Kenny Chesney, “You & Tequila”), Potter has also collaborated with the Flaming Lips for a Tim Burton film, and written and produced music for film and TV, including Disney’s animated feature Tangled and the ABC animated holiday special Prep & Landing: Naughty vs. Nice. 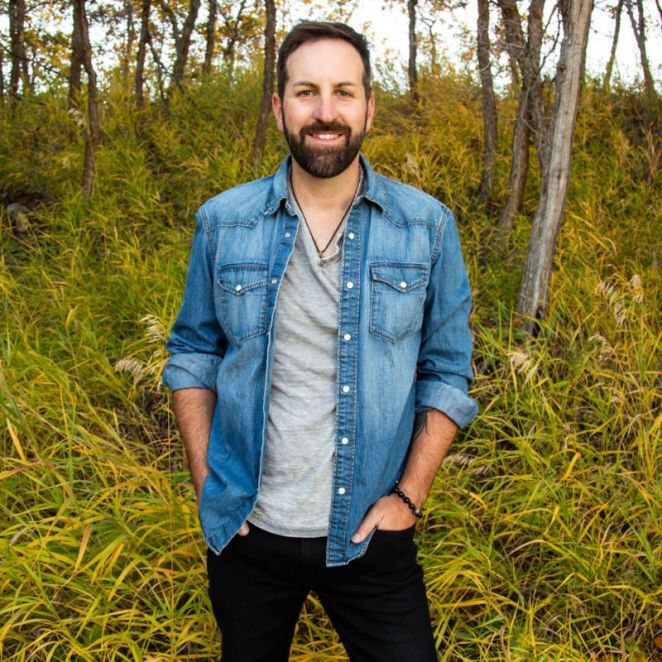 Josh Kelley launched his artist career in 2001 out of his college dorm room that propelled him into the industry with his hit song “Amazing”. It was the most played song of the year on pop radio and topped the charts at number 5. Since then Josh has toured with some of music’s biggest names including Taylor Swift, Dave Matthews Band, and Lady Antebellum. Josh has been in his studio for the past two years developing new music and his new record. All of the songs to be released on the project were written by Josh.  The next chapter of Josh Kelley will be a further testament of the artist and songwriter he truly is. 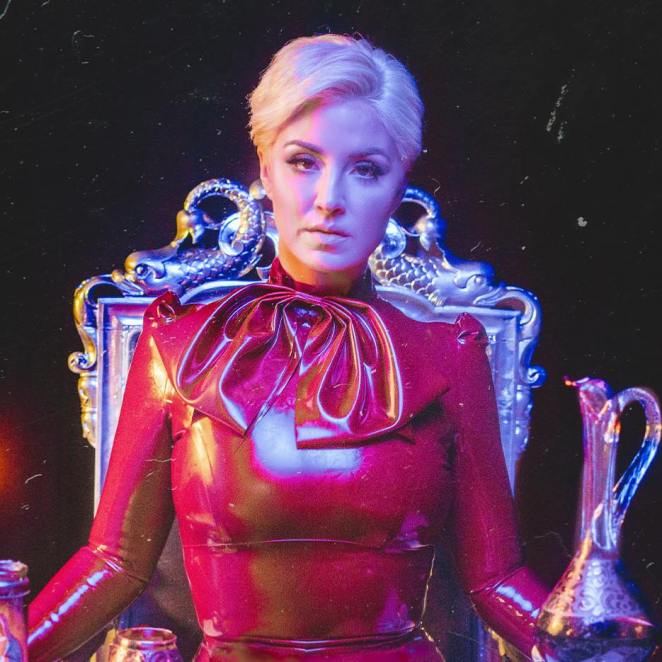 The third album from Maggie Rose, Have a Seat is the work of a phenomenally gifted artist showing the full extent of her power. After years of honing her chops and making her name as a force-of-nature vocalist, the Nashville-based singer/songwriter has dreamed up her own unbridled collision of rock and roll, soul, folk, funk, and R&B: a fittingly eclectic sound for a musician whose live experience includes opening for Heart and Joan Jett & the Blackhearts, touring as direct support for Kelly Clarkson, and sharing the Cayamo Cruise bill with Emmylou Harris and Jason Isbell—all in 2019 alone. Centered on the stunning vocal command, she’s reveled in taking the stage at The Grand Ole Opry over 80 times. Have a Seat finds Rose approaching her music with more confidence and clarity of vision than ever, ultimately sharing a selection of songs both timeless and urgent. 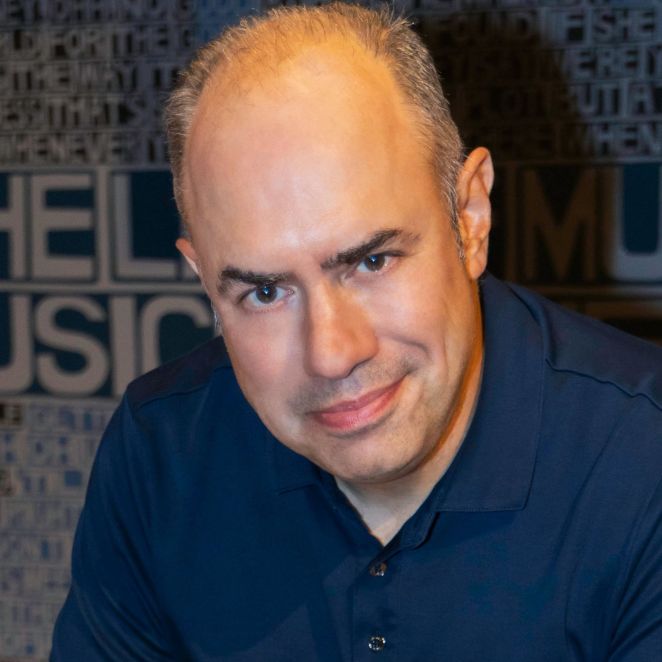 Pete Ganbarg is President of A&R for Atlantic Records and also a 2x GRAMMY winner and member of the Board of Directors for The Songwriters Hall Of Fame. As a music publisher, Pete’s writers have been responsible for songs that have streamed over billions of times and have won multiple ‘best of the year’ awards from BMI and ASCAP. 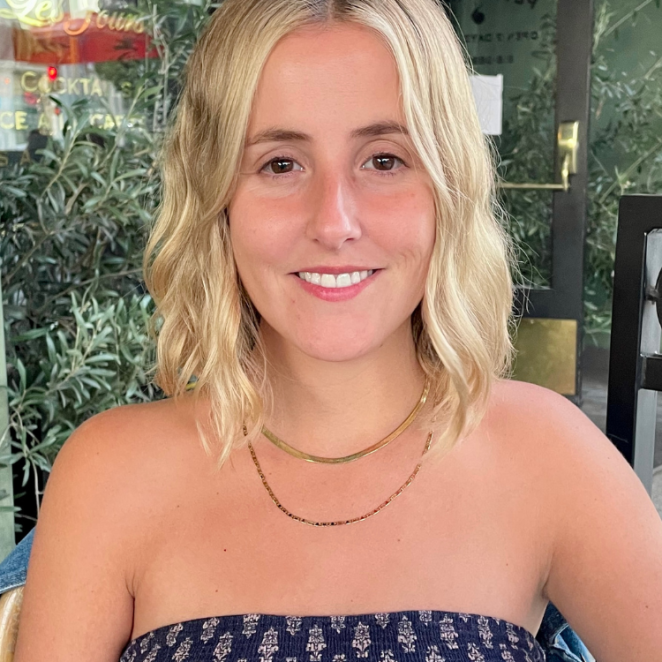 Originally from South Africa, Kelly came to the USA to study Production and Engineering at the Berklee College of Music. She began her career working as Grammy Award-nominee Alex da Kid’s engineer. During her time in studios, fell in love with record making. This led her to pursue A&R and ultimately brought her to Atlantic Records, where she now works as an A&R manager. 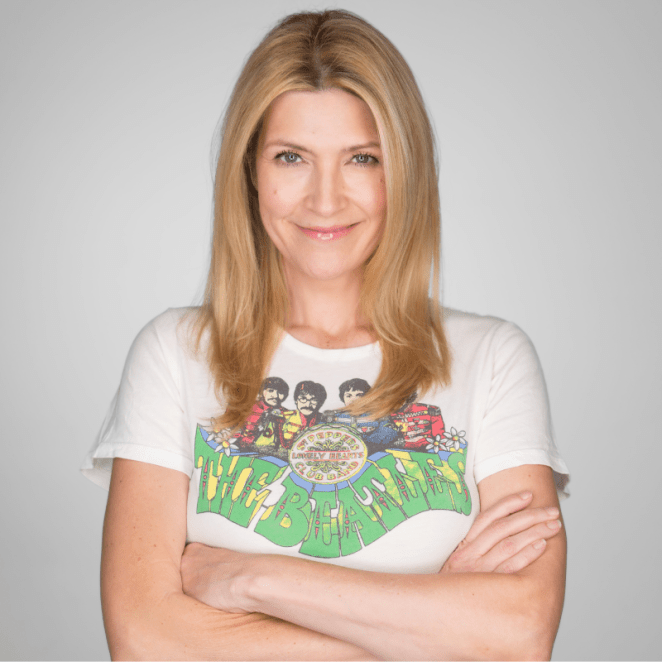 As Vice President, Creative, New York, Samantha Cox is responsible for overseeing the Pop, Rock and Indie team based in BMI’s New York office. She is also responsible for scouting and signing new songwriters and publishers, and maintaining relationships with existing BMI affiliates worldwide, as well as coordinating various songwriter nights, showcases and seminars.

As a 20-year veteran of BMI, Cox has been a critical force in the songwriter community, and has been instrumental in shaping the careers of numerous BMI songwriters including Lady Gaga, Halsey, Ammar Malik, Bebe Rexha, 3 Doors Down, Shinedown, My Chemical Romance, Howie Day, Yeah Yeah Yeahs, Flyleaf and many others. 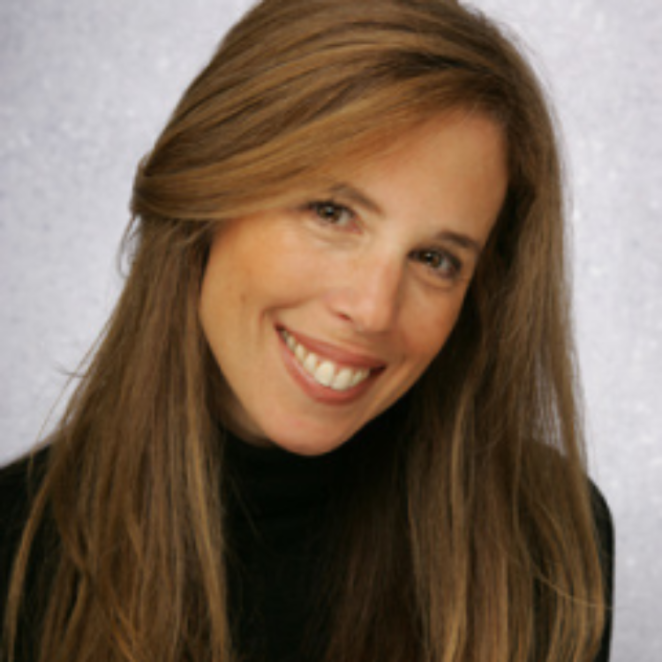 As Executive Vice President of Creative Development at Electric Feel Entertainment, Morrow oversees the Creative and A&R departments, tasked with creating synergy between all creative arms of the company as well as work to expand the roster of talent, including artists, producers, songwriters, and engineers which includes Post Malone. Prior to joining Electric Feel, Morrow was at Broadcast Music, Inc. (BMI) for 13 years, most recently as AVP of Creative Worldwide. 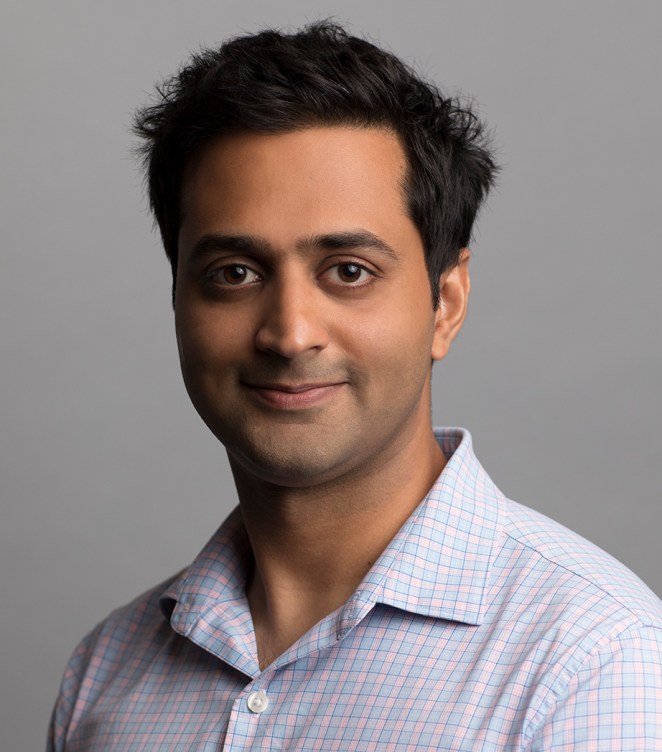 Kohli joined the Warner Music Nashville A&R team in 2017, working extensively with Grammy Award-winning duo Dan + Shay and 3x Grammy-nominee Ingrid Andress. He began his career at Ozone Entertainment in New York as a manager for bands, including Boys Like Girls as well as songwriter/producers Sam Hollander and Dave Katz. He moved to Los Angeles and transitioned into full-time writer/producer management before settling in Nashville in 2013, where he worked with talents such as Paul DiGiovanni, Andy Albert, and more. Kohli graduated from Emory University in Atlanta with a degree in Economics. 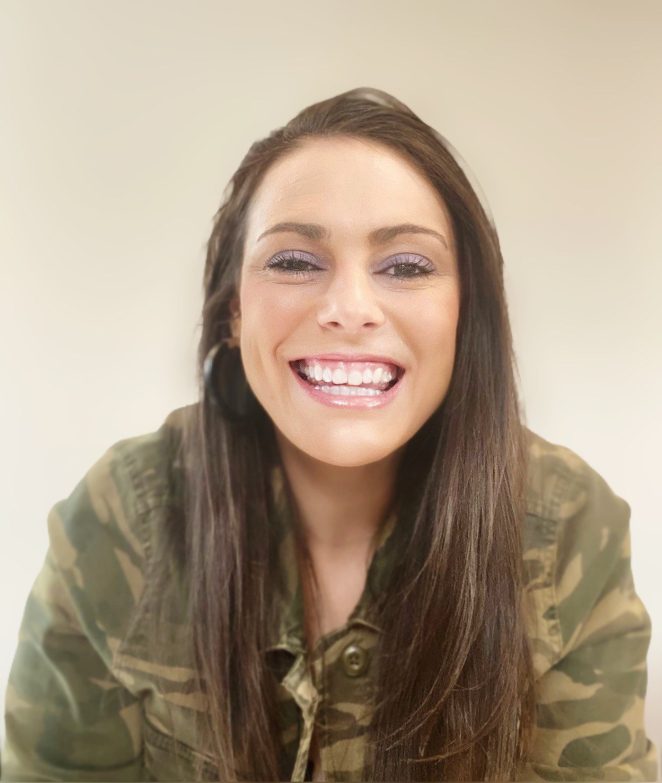 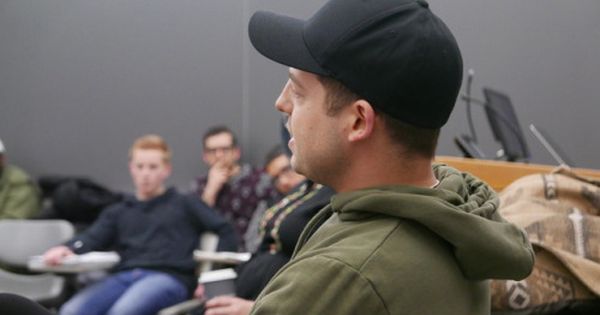 Since 2014, Maschi has served at the Director of A&R for Universal Music Group. Prior to that, he worked in a variety A&R positions for Arthouse Entertainment, Sony Music Entertainment, and Atlantic Records. 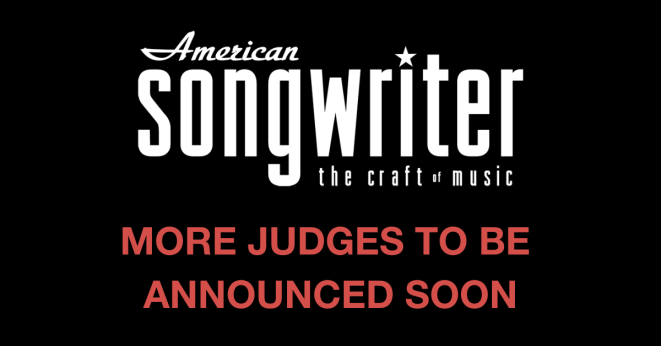 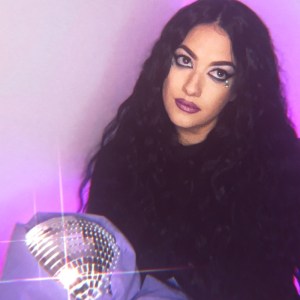