The judges for the 2020 American Songwriter Lyric Contest have been announced, and this year’s crop of jurists includes some of the best singer-songwriters in the game today.

Read about our High Court below, and be sure to enter the current lyric contest here!

Louisiana based singer/songwriter Marc Broussard has been hailed as an artist with a unique gift of channeling the spirits of classic R&B, rock and soul into contemporary terms. In 2004, he released his major-label debut, Carencro with the album’s thematic centerpiece “Home” That album, and the others that followed, revealed Broussard as an old-school Southern soul singer blessed with both a rarefied talent and an innate stylistic and emotional authenticity, an artist whose old school blend of rock, R&B, soul and sensitivity have made him one of the most indelible artists of his generation. His new album, A Lullaby Collection SOS III – is culled from iconic songs Broussard always felt an attachment to.  He also unveils his first children’s book I Love You for You.  Proceeds will benefit Our Lady of the Lake Children’s Hospital in Baton Rouge, LA.

Wendell Kimbrough is a songwriter reimagining the Psalms for emotionally honest modern worship. His songs are marked by strong singable melodies, steeped in the sounds of folk, gospel, and soul music. Wendell serves as artist-in-residence and worship leader at Church of the Apostles in Fairhope, Alabama. Wendell was a 2017 Hearn Innovator in Christian Music at Baylor University, a guest performer and speaker at Calvin College, Covenant Seminary, and dozens of churches across the country. His music has been featured in Worship Leader Magazine, and Under the Radar Media selected his 2016 album, Psalms We Sing Together, as an honorable mention for top albums of the year.

Two-time Grammy nominee Chris Collingwood is a singer, songwriter and cofounder of the rock group Fountains of Wayne. Since 1996, his career has included occasional chart success, extensive touring throughout America, Europe and Japan, and a brief appearance in a hit video with a pole-dancing supermodel. His new band, Look Park, released their debut album on Yep Roc Records in 2016. Produced by the legendary Mitchell Froom (Crowded House, Elvis Costello, Sheryl Crow), the record received wide critical acclaim and was called “one of the best rock albums of the year” by Salon.

Hailing from Cherry Valley, Illinois, Curb Records artist Mo Pitney grew up around music, as it was a family affair. He picked up the drums at age six and guitar at twelve. “Johnny Cash At San Quentin was my introduction to playing music,” shares Pitney. “I learned the whole album.” He has been named to many “Artists To Watch” lists by the likes of Rolling Stone, Billboard, The Huffington Post and Spotify, among others. His current album release is Behind This Guitar.

Steve Cropper made his musical debut on “American Bandstand” in 1961. Thus the legend began. Just one year later, along with Booker T and the MG’s, he wrote the No. 1 smash hit “Green Onions.” In the years to follow, he co-wrote some of music’s biggest classics such as “Knock on Wood,” “Midnight Hour,” “634-5789,” and in 1967 the legendary “(Sittin’ On) The Dock of the Bay” with Otis Redding, establishing Cropper’s songwriting genius. Producing soon became second nature, as “The Colonel” turned out timeless tracks by such renowned artists as Wilson Pickett, Tower of Power, John Mellencamp, Jose Feliciano, Poco, John Prine and Redding. Cropper’s exemplary guitar work can be heard on albums by Rod Stewart, Peter Frampton, Art Garfunkel, Booker T and the MG’s, Ringo Starr and Wynonna, to name a few. He has toured with such greats as Neil Young and Jimmy Buffett. He has received numerous accolades, including inductions into the Songwriters Hall of Fame, the Nashville Songwriters Hall of Fame, and the Musicians Hall of Fame (for Booker T). He received a Grammy Award for Lifetime Achievement in 2007.

Known for her crystalline vocals and bold, introspective lyrics, Michaela Anne has been hailed by critics at NPR, The New York Times, Associated Press, American Songwriter, Vice’s Noisey, Billboard, Stereogum, Rolling Stone, Paste Magazine, and No Depression, amongst others. On September 27, she released her acclaimed new album Desert Dove via Yep Roc Records. With the help of producers Sam Outlaw, Kelly Winrich (Delta Spirit), and an all-star backing band, Michaela Anne set out to address this batch of songs with a fresh take, not leaning too hard on traditional arrangements or instrumentation. Spanning a multitude of sounds and themes, Michaela pushed herself to new depths of songwriting when creating Desert Dove, which has proved to be her most dynamic collection to date, both lyrically and musically.

Drew Holcomb and his band the Neighbors’ songs have always charged his listeners’ hearts and minds while inspiring them to think, feel, dance, and love, never more so than on his 2019 album Dragons. His most collaborative to date, the record is his first with featured artists and songwriters including Lori McKenna, Natalie Hemby, Sean McConnell, The Lone Bellow, and Ellie Holcomb. With several critically acclaimed albums under his belt, Holcomb has been featured by NPR, Rolling Stone, Entertainment Weekly, Billboard, CMT and more. An Emmy Award-winner with his music synced in over 75 of TV’s most watched shows, Holcomb has also appeared on Jimmy Kimmel Live! twice, most recently for his collaborative EP Goodbye Road with JOHNNYSWIM performing their resounding single “Ring the Bells” in summer of 2018. Among Holcomb’s ambitious projects are his Moon River Music Festival, an annual event benefitting local and national non-profits and Magnolia Record Club, a monthly vinyl subscription service, both curated meticulously by Holcomb himself. A road warrior for more than a decade, Holcomb has spent adulthood traveling from place to place with a catalog of vibrant, honest songs that explore the full range of American roots music.  Holcomb & crew have appeared at Bonnaroo, Hardly Strictly Bluegrass, Stagecoach and more, while sharing stages with legendary artists including Willie Nelson, Amos Lee, Don Henley, John Hiatt, Zac Brown Band and The Avett Brothers.

Award-winning songwriter Gary Burr has been responsible for some of the greatest Pop and Country songs of the last three decades.   In addition to writing fourteen #1 hits, he has also been inducted to the Nashville Songwriter Hall of Fame and has been ASCAP, Billboard and NSAI’s Songwriter of the Year.  Gary’s songs have been recorded by such diverse artists as Faith Hill, Ringo Starr, Garth Brooks, Kelly Clarkson, Carole King, Reba, Ricky Martin and Christina Aguilara, to name a few.  Gary also teaches an online Master Songwriting Class. For more information go to www.writesongsgood.com.

Singer/songwriter Ruthie Collins wears her heart on her sleeve, and pretty much always has a sparkle in her eyes. The Berklee College of Music graduate was raised on a farm in Fredonia, NY and now calls Nashville home. Collins has received critical acclaim from Rolling Stone, Los Angeles Times, and American Songwriter, among others. Her songs straddle the line between Americana, Bluegrass, and modern Country. “Dang Dallas”, her latest single, showcases Collins’ ability to weave real-life inspiration into lyrical storytelling. 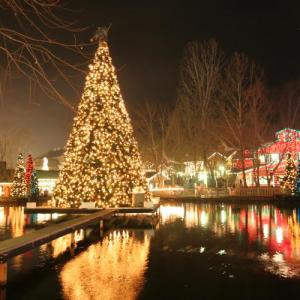 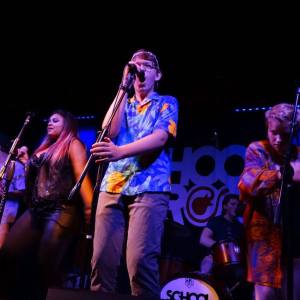