On Jack Tempchin’s new album Peaceful Easy Feeling, he takes a crack at recording some of his songs that others, most notably The Eagles and his longtime collaborator Glenn Frey, immortalized. In an interview with American Songwriter, Jack talked at length about making this wonderful new album with special guests, his unique songwriting process with Frey, and some of the high points in his stunning songwriting legacy.

What made you decide to do this songbook style album at this point in your career?

Well, I have to admit that it was my record company, Blue Elan. They have been fabulous to me. And when they signed me, they wanted me to do an album of the hits I’d written. It’s just kind of obvious. But they actually let me make 2 ½ albums first of all original material. So that was a beautiful thing for them to do on my behalf. So then it came time to deliver the album that they really wanted.

It was very challenging having to do, for example, “Peaceful Easy Feeling” when everyone has already heard the exact record. I mean if I played “Peaceful Easy Feeling” with a band, the people want to hear the same guitar solo. They don’t want to hear some new version. So I had to decide how to do each song. Some of them, like “Peaceful,” I love the way the Eagles did it, so I just did it as closely as I could to that. And others I decided to take a completely different approach.

For instance, you return “Already Gone” to its roots as a country song here, after the Eagles famously turned it into a rocker.

That was very challenging. I’m thinking, “How am I going to do this? I can’t do it like the Eagles.” But when I got Chris Hillman and Herb Pedersen, we just got in the studio and knocked that out. They bring a total authenticity to whatever they’re doing. They are the real thing. And so I was so thrilled to get a version that I loved that’s different from the Eagles but still feels like me. I added an extra verse at the end that’s not in the original.

Was the extra verse something you wrote specifically for this project?

I had used it a couple of times over the years. So I just remembered it and decided to give them something they’re not expecting.

When you were writing songs like that, did you think about making them malleable enough to be changed around or was that just a natural quality in your songwriting?

I think it was natural because I did not think about that. And I did not know people would be recording the songs. I just hadn’t thought that far ahead.

I think people who hear the album might be surprised when they hear some of the hits that you wrote for others. Tell me about writing “Swaying To The Music (Slow Dancing)” and how it ended up in the hands of Johnny Rivers.

It started in a bar in El Cajon where my friend was playing. His band was playing and nobody would get on the dance floor until he played the slow songs. Then everybody got on. And I realized that people want to squish up against each other, so they wait for a slow song. I thought, “Hey, there should be a song called ‘Slow Dancing.’” I started writing it, and at the same time I was falling in love with my girlfriend who later became my wife. It just fell together. It took me about three days of writing it constantly every minute. It’s a very simple song, but it just all fell together exactly the way I wanted it to.

I record it with the Funky Kings, the band I was in, and it was produced by Paul Rothchild. We were on Clive Davis’ label and it got up to #60 in the Billboard chart with me singing it. And then it kind of stalled. But Johnny Rivers heard it on the radio. He wrote “Poor Side Of Town,” but most of his songs he was famous for just finding. I think he was probably the first to record a song by Jackson Browne, by all kinds of people. He made a lot of songs famous and he’s got a really good song sense. So he said, “This is a pretty good song. Too bad that I can’t record it. It’s already a hit.” Somebody told him, “No, Johnny, it’s not a hit. It only got up to #60.” So he recorded it and he actually made it a hit by personally taking it to every radio station in the South. He really worked it. But the main thing of course is that he made a fantastic version of it. I didn’t know him at the time, but since then we’ve come really good friends and written a lot of songs together.

The press release for the album mentions the style you had of writing songs with Glenn Frey as “El Blurto”. What was that process like?

First thing I should say is that Glenn Frey was the funniest person I ever knew. He would always have names for every procedure and for everybody. Everybody had nicknames, and, he’d say, you know, “Let’s run this play now.” He was an organizer and a leader, but very, very funny. “El Blurto” was his name for what we did when we just got in a good mood, sat there with a couple of acoustic guitars, and just made stuff up. Just make up songs, and then sometimes we’d record them on a cassette. We’d write it all down and then look at it later and pick the good parts. And then over morning coffee with a yellow pad, we would work on what we had done the night before with “El Blurto.”

But you have to trust the other person. When you’re “El Blurto-ing,” you say a lot of really stupid things. It’s hard to maintain any dignity. Fortunately Glenn and I had been friends for ten years before we ever started to write songs together. So we were quite comfortable and that’s how we did it.

I was really struck by how the songs you chose captured kind of the essence of your writing partnership with Glenn, with the soulful songs like “The One You Love” and “Soul Searchin’” joined by gritty, harder-rocking tracks like “Privacy” and “Party Town.” Was it important to strike that balance?

Yeah, I wanted to represent what we did. I upped the heat on some of the songs, made them more rocking like “Privacy.” I actually have a whole second album of hits with him, like “You Belong To The City” and some of our biggest hits that I didn’t even put on there. And there are four bonus tracks that aren’t on the CD but you get on iTunes. One of them was “Somebody,” that was on the Eagles last album.

I started this album six months or so before Glenn died. And I talked to him about it. “You know, I’m doing an album of all our stuff,” and he said, “Great.” So it’s not like something I did after the fact.

You get some help from some special guests on the album like Chris Hillman and Rita Coolidge. That must have been a thrill to have them join you on this special project.

It was fantastic. I knew Chris before because I’d written a song with him for the Desert Rose Band. But when he said that he would record some things with me, he and Herb Pedersen, I was just thrilled. The other collaborations came about through the record company. Blue Elan signed Rita Coolidge. I hadn’t met her before. She came up and sang on “Slow Dancing,” and she was great.

And then Janiva Magness, they suggested I have her sing on some stuff. And it was really cool, because, first of all, I altered some of the lyrics for the song “I Found Somebody,” which is one of the bonus tracks, and made that into a duet. “Soul Searchin’” starts with Janiva singing, and as soon as she went in the booth and started singing this record – oh man, she is the real thing as far as a blues artist and a fabulous vocalist.

I don’t think there will be too many dry eyes among people who hear your version of “It’s Your World Now.” Obviously when you and Glenn wrote that song, you couldn’t have ever expected the poignant turn it would take. The emotion in your voice is audible on the record when you perform it. Was performing it almost like a therapeutic thing to help you deal with Glenn’s passing?

That was done after he died, and it was one of the last things I did. I struggled with it. It’s the last song on the last Eagles album. He did it with a mariachi band. So I just looked at it and I said, “Well, I don’t think I can really pull that off.”

But I remember every minute of siting in my little house in LA when we were writing that song. And it was coming together and I was thinking this is a parent’s song to their kid. Glenn’s song to all his kids. But there was no clue at point that Glenn wasn’t going to be around. I was just kind of thinking this is the way it is: Raise your kids and at some point you step out of the picture.

Doing it myself with Chris Hillman, I just sang it. And I found it very moving, you know. Chris played bass, like he did with The Byrds.  And when you listen, it’s not like anybody else playing bass. So I was so happy with the way that came out.

I’m sure this album was like that as whole for you, where every song brings with a different memory.

I remember writing the songs. And I would sit there late at night, and the producer had gone home and I’d listen to something and just say, “Oh my, look where we are now.” You know Glenn’s gone. It was quite a journey.

This album presents a pretty impressive songwriting legacy. Could you have ever imagined that was coming when you first wrote “Peaceful Easy Feeling” all those years ago?

I think I had no idea at all. And having no idea kind of went through every stage of what I did. But I got to do everything I wanted. I spent years as an opening act for big acts. I opened for Christopher Cross and Ringo. So I got to travel the country and play all these famous places. And I got to make records. But I never knew what was coming next. 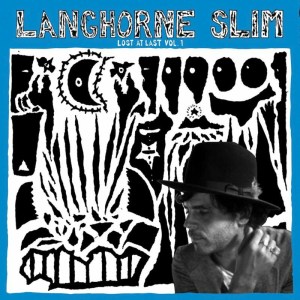