Things might have turned out very differently for Jacob Bryant if his wife Britney had not saved his life. In his new song “Angels on Earth,” found on the deluxe edition of his debut record, Practice What I Preach, the soulful country singer-songwriter sings metaphorically about the night Britney resuscitated him. “She really saved my life. She actually did one night. She resuscitated me when I did something really stupid,” he says.

He doesn’t want to talk about what happened, but it’s clear how important Britney has been in his life. “She was a deciding factor in my decision to stop drinking hard liquor completely,” he tells American Songwriter over a phone call. “I still have a beer here and there. But I had backslid into drinking a little more heavily than I should have… again, after I had already beat it once. She didn’t necessarily ask me to do so either. It was somebody I cared about enough and didn’t want her to have to go through it with me and/or watch me go through it—or deal with me.”

“Angels on Earth” (a co-write with Wyatt McCubbin) bookends the expanded release, a towering 17-track project capturing an impressive smorgasbord of narratives and themes. Bryant’s storytelling, whether depicting an outlaw lifestyle with “More Than One Year” or pulling back the reins on “Sometimes I Pray,” is always honest and rooted in country tradition. Even if he didn’t write it, his vocal performance sells every single syllable.

Then, there are songs like “Pour Whiskey on My Grave,” a newly-minted No. 1 on Planet Rock Radio, the largest rock/southern rock station in the UK, which showcases his raw ability to pierce the heart. Pour whiskey on my grave / Let it seep into my bones / Have a drink with me / Even when I’m gone, he sings, a haunting guitar line accentuating the 1-2 emotional punch.

The mid-tempo, written by Jami Grooms and Marty Brown, serves as a dedication to Bryant’s late-mother, who died in 2010. Every year since, he returns to his mother’s gravesite and raises a toast in her name—saluting a woman who was nothing but an “incredible, positive” force in the world. “She always lit up a room and made everybody around her want to be better person. That’s just how she was,” he says.

In his grief, taking stock of the last 11 years, Bryant has learned “how to adapt and overcome, whether it be death or just trials and tribulations of everyday life. Some of the stuff most people wouldn’t think is a big deal, was a big deal for me,” he reflects. “I’ve been dealing with mental health issues with panic attacks and anxiety disorder, and even just going in public was weird. Now, I don’t have that anymore. I made myself face it and beat it. And I weirdly feel extremely comfortable in front of 30,000 people on stage—that’s what was weird to me.

“I couldn’t talk to four people right in front of me in an interview, but I could stand onstage and feel completely normal. It’s weird how the brain works. I’ve retrained myself to be along for the ride and accept what it is for what it is,” he adds.

Another new track, “Don’t You Let Me Down Now,” written by McCubbin and Carson Chamberlain, leans into Bryant’s classic rock sensibility, namely the influence of legend Tom Petty. “We knew we were going to release this record, specifically this deluxe edition in the UK, as a major album on an actual label,” he says, referencing Petty’s journey to the UK and back. “It felt right to put something on the album that had that Petty feel as an homage to classic rock. When we tour in the UK, this one’s going to be really cool to play.”

A go-to collaborator, McCubbins’ fingerprints are all over the place in the music. “I got lucky becoming friends with him,” he says, also naming Chamberlain, Grooms, and Joel Shoemake. “All those dudes, I don’t think they’ve pitched me a song yet that was bad, ever. It was always either it didn’t fit my mold or I didn’t think it was something I needed for the album. 90 percent of the songs I’ve cut by them are ones we’ve had success with.”

Out of northern Georgia, Bryant began writing songs as early as 13, turning to paper to express his feelings in a way he otherwise couldn’t. With his grandparents very much rooted in bluegrass music, one of American music’s oldest genres became the foundation of his own work, paired with his alt/rock Christian music exposure. “My mom talked me into going to a nondenominational church. The churches we grew up in were super southern Baptist with just a piano and singing hymns. But mom wasn’t really into that kind of stuff. She was more into contemporary music,” he says.

Praise and worship music, and artists like Casting Crowns, carried far more appeal. “There was something about it. The first time I ever really felt anything at church,” he adds. It was also the first time he ever performed in front of an audience, so you could say he was really “feeling the spirit” in a way.

With a split household, financial strain was also part of his early life. “It was not necessarily embarrassing, but it’s different when you go to school wearing hand-me-down clothes sometimes. Other kids and your friends have the nicest stuff, and you feel less than. Now, looking back, I’m glad it was like that. It gave me the work ethic I have now. It allowed me to have drive and want to do better.”

In his work now, as present across Practice What I Preach, Bryant steeps his sonic approach in the way of Greg Allman and Travis Tritt, hearty country-rock of a bygone era. “They were writing about what they were living. It actually had depth in the songs,” he says. “ They were just real.”

Looking ahead, Bryant sets intentions for the follow-up record. “Of course, we want COVID-19 to be done so we can tour on this album that’s been super successful in the UK,” he teases. So far, he’s tracked 30 songs and expects to start piecing together a record, running somewhere between 12 to 15 cuts.

While the pandemic put him in a “weird depressive mood” at the start, he’s found ways to be creative and continue putting food on the table. Even if that meant working construction again. “I’d done music full-time for 10 or 11 years. Now, I was back slinging a hammer. Honestly, it was a cool change of pace for a minute —but then, it was like ‘man, I’m not supposed to be doing this.’”

Practice What I Preach (deluxe), now a Top 10-selling record on the UK albums chart, is out on Universal’s Snakefarm Records. 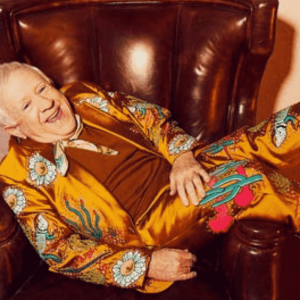 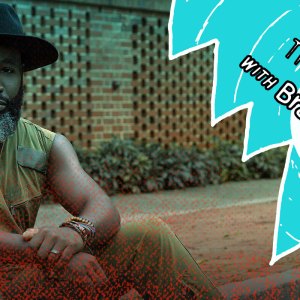