A day before his birthday, famed singer/songwriter Jacob Sartorius dropped his latest and most personal EP on October 1. Titled Lost But Found, the EP is a five-track reveal of Sartorius’ sharpened lyrical prowess and pure pop sensibilities.

Sartorius has been working on the project on and off since 2018, and it all started with the song “Fly Away.”

“This song was made in 2018. It was myself, it was Sam Ricci and Chris Mills, us three in the studio, and the story tells a story of falling out of love,” Sartorius tells American Songwriter. “I think a lot of other people have dealt with, and maybe currently are dealing with, that feeling of heartbreak and sometimes they can feel like that person is quote-unquote flying away from you.”

Letting his emotions fly but reigning in his focus, Sartorius continued to pen complex pop ballads. The second track on the EP, “Hey, Hello, Goodbye,” was written with dempsey hope and Jake Croker. “dempsey is one of my great friends. We actually met through TikTok,” Sartorius says. “I just DMed him and I was like, ‘Yo, your songwriting is crazy. Let’s get in the studio, I’m very confident that if we write something together we will make something insane.”

Sartorius’ intuition paid off, and “Hey, Hello, Goodbye” is an infectious swirl of melodies that comments on today’s fast-paced world. Often too wrapped up in where we need to be and our task log, conversations can slip into a three-word back and forth—”Hey, Hello, Goodbye.”

Also on Lost But Found, Sartorius explains that “lifesallgood” is a track that serves as a reminder that “things are happening the way that they should be.” The artist continues, “In the moment, it’s easy to get caught up and say, ‘My life’s a mess. What’s going on?’ But I think every once in a while, it’s really nice to remind yourself that life’s all good and I’m doing exactly what I should be doing.”

Keeping with the theme of introspection, “Trapped In The Car” deals with the all too familiar feeling of claustrophobic anxiety. “I use the metaphor of being trapped in the car because I thought that it painted a great picture of what it can feel like to have anxiety, whether that’s social anxiety or just general anxiety,” Sartorius states. “Overall… I thought that it was a good example to use and I think other people might be able to relate.”

Sartorius’ heartfelt explanations of his most recent musical offering only amplify the strength of his powerful alt-rock beats and catchy verses. The EP obviously stems from a place of authenticity for the young singer/songwriter, and his truth-telling is contagious.

“I’d love to just touch on part of the reason why I made this EP,” Sartorius says at the end of our conversation. “I mean, I made this EP during a really uncertain time in my life. [I was] constantly discovering and learning new ways to cope with mental health so that I don’t have to rely on things that would hurt me in the long run. I just hope that somebody can listen [to my songs] and say, ‘Well, maybe I’m not alone in the way that I’m feeling.'”

Listen to Jacob Sartorius’ Lost But Found below. 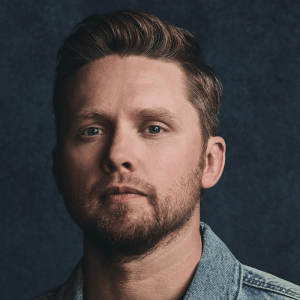