Describing Jade Jackson’s sophomore follow-up to her impressive 2017 debut as “more of the same” isn’t damning it with faint praise. Her previous Gilded release was a fresh indie singer-songwriter voice with edgy country roots close enough to and clearly influenced by Lucinda Williams to elicit that comparison in multiple reviews. It was also produced by her mentor Mike Ness, veteran West Coast frontman/founder of Social Distortion. Ness’ country roots, specifically of the Johnny Cash variety, are well known so this professional relationship was a logical partnership.

This year’s model finds Jackson tilling similar musical soil. Ness is back as producer (he also provides lead guitar on one track) and the duo serve up a dozen rugged yet introspective country rockers led by Jackson’s tenacious honey-and-grits voice. The difference, at least lyrically, is that Jackson opens herself up for self-reflection which yields some vivid and rather dark revelations, specifically about loneliness.

Much of this relates back to a life-changing hiking accident when she was 20 that left Jackson temporarily handicapped, in a wheelchair and hooked on painkillers. She uses music as therapy to help overcome the alienation and doubt in confronting her accident and its aftermath with lyrics such as “Last thing I remember/Before things all went black/The promise of tomorrow/Vanished like the past.”

Jackson’s reticence around relationships is expressed in “Don’t Say That You Love Me” as she sings “There’s a sense of danger/ So, I hesitate/ Hoping that this time/ Ain’t just another phase” as a twang heavy guitar and slithery pedal steel pushes the tune up a few notches with an influx of energy. On “Now or Never” she also feels unsure of moving forward with a one-night stand as guitars strum and an organ underscores the dichotomy. Similar feelings pervade “Tonight,” where Jackson admits, “I’ve been here before/ And boys like you/ Make me wanna spend my nights alone/ I already know the end.”

Jackson drives home these difficult and provocative disclosures with a direct and relatable voice. It’s not pretty but neither is the subject matter so the combination is compelling. The disc stalls a bit with a few too many similarly structured ballads in its midsection, but winds up strong with the powerful punky rocking of the title track. The closing “Secrets,” arguably the disc’s most potent moment, finds Jackson and band locked into a tough, swampy, hypnotic groove atop words like “I tried to scream in a dream/ But I was speechless/ I woke up in a cold sweat/ Dreamt that somebody told my secret.”

Multiple spins help define some of the melodies. Jackson’s voice is never less than distinctive and often riveting. At times this is a challenging listen because the personal revelations feel so intimate and private. But she locks into a rootsy groove that makes even the darkest concepts connect on an album that’s as honest, revealing and authentic as they come. 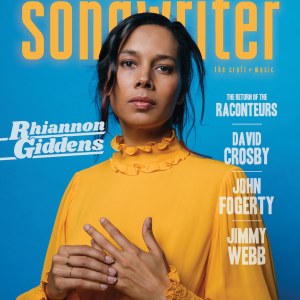 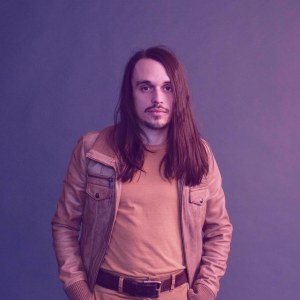