Jake Clemons’ explosive new single “We The People” draws inspiration directly from the core of American values and beliefs: our Constitution and the Declaration of Independence. A new video premieres today and can be viewed below.

Clemons holds those two important American documents with great esteem and rereads them every 4th of July to further understand what our Founding Fathers meant, but also the ever-evolving ways their beliefs seem to be interpreted.

“They are beautiful, living documents and the definitions are expanding over time. When you do look it and read the grievances, it’s pretty glaring. It’s right there. And we’re so far beyond the grievances they had at the time.”

“That key phrase- ‘a more perfect union’- suggests it was not perfect even then, but continually moving forward. The more we lose touch with phrases like that, the more we risk losing what it stands for all together. We as a people have to have that core that ties us together.”

Just as the soft-spoken multi-instrumentalist revisits those key documents, he went back and remixed “We The People,” which first appeared on his 2019 release “Eyes On The Horizon.” Clemons knew he had a good song that hadn’t been given its due and enlisted his producer Matt Musty (Train, Grace Potter, Gwen Stefani) to remix the track, which originally had a more subdued but joyous vibe. The result is a much more aggressive, jagged, in-your-face production, meant to get your attention. Those expecting a saxophone-filled jam from Clemons, who also most famously performs on that instrument with Bruce Springsteen and the E Street Band, best look elsewhere.

“It was an important song for me on the record and I had hoped to do something with it. Things got so much more intense and in-your-face this last year. The divisions we’ve been talking about have become radicalized and dangerous. I felt compelled to revisit the song and address that issue. But I also felt it was important to invoke a sense of empowerment and hopefully displace some of that anger in a righteous way.”

Surprisingly, Clemons grew up in a conservative military household, moving several times as a child before his family settled in Virginia. His father, who passed away in 2014, was a Vietnam Veteran and Marine band leader. That constantly changing background helped Clemons form an understanding that people can have different beliefs but still get along, a topic he addresses in “We The People.”

“I grew up on military bases and it was a huge part of my life and a beautiful time. My dad served 20 years in the Marine Corp. He did amazing things. We were used to having so many different people around us because nobody was from the town we were living in! We were all from somewhere else, with different spiritual and religious beliefs, different foods and home life habits. But despite all those stark differences, we all looked out for each other. The community was strong, and it was a beautiful way to grow up. Now, with life changing so dramatically, we don’t know our neighbors. Community was so important to my father.”

Clemons laments how fast society has changed in recent years, with social media damaging communication as much as enhancing it. “The echo chambers of social media and the ‘I’ generation- that pronoun shift has affected us. You’re only being fed the information you agree with. The people on the opposite side have no clue what you’re talking about. And that exists on both sides of the table.”

The “We The People” video includes images of friends, family and fans singing the chorus, along with footage of Black Lives Matter protests, an important cause for Clemons.

“I’m not talking about the politics of it all, but can’t we stop and just recognize Black Lives Matter? Are you ok with recognizing that this is a people’s group that exists? The human and empathetic part is so strained over the last year.”

(Clemons is inviting fans to submit a video of themselves singing the song’s chorus for a chance to be included in an updated version of the video, which will premiere on Inauguration Day, January 20. Videos can be sent by dropbox link, we-transfer link or directly to Mark@BigShotte.com)

Clemons hopes the message behind “We The People,” drawn from our own history, will give people pause and come together as one.

“The whole record is a look at where we are. When I was touring around the world, people would ask me about Trump. It’s not a Trump issue. It’s a ‘we’ issue. If we can get things right as a people and community, everything else will fall in place.”

“We have to understand this is foundational. If we crack, then the house can no longer support itself. In hopes for a more perfect union, we have to recognize the situation we’re in and understand where we want to be. We are the people.” 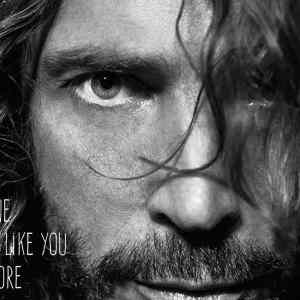 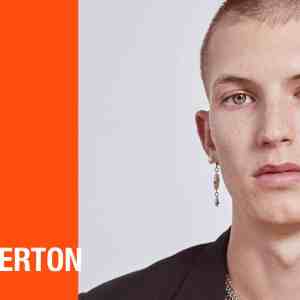