With more than 42 million followers and over 954 million likes thus far, Jason Derulo is currently among TikTok‘s top 10 superstars and the most popular active platinum-selling musician across the entire platform. “Lifestyle (Feat. Adam Levine)” sees Derulo joining forces for the first time ever with the one and only Adam Levine, frontman for the three-time GRAMMY® Award-winning multi-platinum bandMaroon 5, who are one of pop music’s most enduring artists and also one of the 21st century’s biggest acts.

“Lifestyle (Feat. Adam Levine)” marks the latest in a seemingly endless run of blockbuster releases from Derulo, including such worldwide hits as last year’s “Take You Dancing“ and Jawsh 685 & Jason Derulo’s 2x RIAA platinum certified chart-topper, “Savage Love (Laxed – Siren Beat).” The latter track – and its official BTS remix (available for streaming and download HERE) – proved an unstoppable international sensation upon its arrival last summer, peaking at #1 on Billboard’s “Hot 100” as well as atop charts in 16 additional countries around the world. What’s more, “Savage Love” now boasts over 625 million worldwide streams and has been featured in more than 10 million user-created TikTok videos thus far. As if all that weren’t enough, “Savage Love” is joined by an official studio music video now with over 114 million views via Derulo’s official YouTube channel HERE; in addition, an official lyric video accompanying the BTS remix has earned over 117 million views HERE.

“Take You Dancing”, which is currently #13 on the charts, followed shortly thereafter and quickly drew over 383 million worldwide streams, ascending to the top 10 in 16 countries worldwide en route to gold certification in Belgium, Denmark, Canada, Italy, and the United Kingdom. The single was joined by an official dance video, now with over 68 million views HERE, as well as an official music video, currently with more than 66 million views HERE.

Derulo celebrated the success of “Savage Love” and “Take You Dancing” with a spectacular live appearance on ABC’s Good Morning America “Summer Concert Series,” highlighted by performances of both tracks along with equally stellar renditions of Alok, Martin Jensen & Jason Derulo’s hit “Don’t Cry For Me“ and the 4x RIAA platinum classic, “Want To Want Me.” All four performances are streaming now at Derulo’s hugely popular official YouTube channel HERE. Derulo closed out 2020 with performing dazzling medleys of “Take You Dancing” and “Savage Love” on the season finale of The Voice and NBC’s New Year’s Eve special.

A true multi-platform powerhouse, Derulo undoubtedly ranks among the top pop and urban artists of this or any era, with 13 RIAA platinum certified singles, over 7 billion YouTube views, and worldwide singles sales well in excess of 200 million. The wildly talented singer, songwriter, dancer, and entertainer first drew acclaim through songwriting collaborations with such like-minded icons as Lil Wayne, Pitbull, Diddy, and Sean Kingston. Derulo kicked off his remarkable solo career with 2009’s chart-topping, 5x platinum certified “Whatcha Say” and never looked back, rolling out five acclaimed albums and an epic string of hugely successful hit singles including “In My Head,” “Ridin’ Solo,” “Talk Dirty (Feat. 2 Chainz),” and “Want You To Want Me,” all of which received 4x platinum certification from the RIAA. Additional platinum and multi-platinum hits include the 3x platinum “Wiggle (Feat. Snoop Dogg),” the 2x platinum “Swalla (Feat. Nicki Minaj & Ty Dolla $ign)” and “Trumpets,” and the platinum certified “Don’t Wanna Go Home,” “It Girl,” “The Other Side,” and “Marry Me.” Moreover, Derulo has been an in-demand featured artist, creating international hits with such diverse stars as Pitbull, Florida Georgia Line, Little Mix, Flo Rida, Gucci Mane, and Sofía Reyes.

Among his countless career accomplishments, Derulo is among social media’s biggest stars of any genre. In addition to his prolific musical output, Derulo has made countless TV appearances, including live performances and guest roles on such popular competition series as Dancing With The Stars and So You Think You Can Dance. What’s more, Derulo has also embarked on what is proving a very successful acting career, with highlights including TV’s Empire and Lethal Weapon as well as 2018’s big-screen adaptation of Cats. Derulo will next be seen starring as soul legend Ron Isley in the upcoming biographical film, Spinning Gold.

As both the front man and primary songwriter of the multi-GRAMMY® Award-winning band Maroon 5, Adam Levine has indelibly impacted the face of modern popular music. His characteristic falsetto is the infectious driving force behind the band’s hit anthems and heartfelt ballads, all of which has helped propel Maroon 5 into becoming one of the most successful worldwide acts in today’s popular music The band holds a Top 40 record that boasts a total of eleven #1 hits, the most among pop groups worldwide and tied for most all time in the history of the chart. They have charted 31 records on the Hot 100 and their four #1 hits are the most among pop groups or duos this century. Maroon 5’s discography features a succession of 6 multi-platinum studio albums that have surpassed 75 million in sales, 3 GRAMMY® Awards, 13 GRAMMY® nominations, as well as gold and platinum certifications in over 35 countries. In addition to these accolades, the music video for the band’s GRAMMY- nominated single “Sugar” has notably logged a record setting 3+ billion views, marking the first time a band has achieved that many views on a video. “Sugar” is now also the 13th most viewed video on YouTube of all-time. The video for Maroon 5’s global anthem “Girls Like You” also notably became the most-watched video on VEVO in 2018 and is closing in on 3 billion views. This has lead Maroon 5 to reach over 17 BILLION views across all official channels on YouTube. They are the most viewed band of all-time and  the 6th most viewed music act in the world.

Outside of Maroon 5, Adam has broadened his entertainment resume to include a variety of TV and motion picture roles. Adam served as a coach for 16 seasons on the top-rated, four-time EMMY Award winning NBC hit series The Voice (US). Adam’s other acting credits include American Horror Story: Asylum, 30 Rock and director John Carney’s acclaimed film Begin Again. He notably performed the film’s theme song entitled “Lost Stars,” which earned an Academy Award nomination for “Best Original Song.” Adam serves as an executive producer for the hit NBC music talent competition series, Songland, alongside Eurythmics co-founder Dave Stewart and Executive Producer of The Voice Audrey Morrissey, which focuses on discovering songwriters. 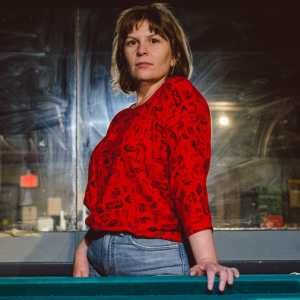 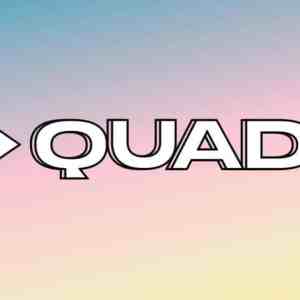