Nashville, Tenn. – Sept. 17, 2014 – Jason Isbell was the big winner at tonight’s 13th Annual Americana Honors & Awards show held at the historic Ryman Auditorium, picking up honors for Artist of the Year, Album of the Year (for Southeastern, produced by Dave Cobb) and Song of the Year (for “Cover Me Up,” which he performed with his wife Amanda Shires).

Joining Isbell among the night’s winners were Buddy Miller, executive music producer for ABC’s Nashville and the Honors and Awards Show band leader, who picked up Instrumentalist of the Year; Simpson, who won the Emerging Artist of the Year honor; and the Milk Carton Kids, who snagged the Group/Dup of the Year award. Vince Gill and Carlene Carter announced Miller’s win; last year’s Group/Duo of the Year, Shovels and Rope, presented Simpson with his award; and Emmylou Harris and Joe Henry awarded the Milk Carton Kids.

The evening kicked off at 7:00 P.M. CT with the presentation of the Lifetime Achievement Honor for Songwriting to Lynn by two of her contemporary devotees, Angaleena Presley and Kacey Musgraves. Lynn followed with a performance of her classic, “Coal Miner’s Daughter,” eliciting a standing ovation from the packed house. Also being honored during the show for Lifetime Achievement were Jimenez in the Instrumentalist category, who was feted by friend Ry Cooder; Taj Mahal, who was honored in the Performance category by contemporary blues and folk artist Keb’Mo’; and Browne, who was honored with the Spirit of Americana Lifetime Achievement Award by his Southern California compatriate J.D. Souther and the First Amendment Center’s Ken Paulson. All of the honorees performed after being awarded. Browne offered the audience two songs, “Fountain of Sorrow” from his 1974 release Late for the Sky, and “The Long Way Around.”

With a dozen awards given, including the President’s Award to The Jimmie Rodgers Museum in Meridian, Mississippi to honor “the father of country music,” it was performances that filled in the bulk of the show’s three-hour running time. Following Lynn’s award and performance, last year’s Album of the Year co-winner Crowell – he and Harris won in 2013 forOld Yellow Moon – joined – Ry Cooder, for a performance of “God, I’m Missing You.” – The 21-year-old Emerging Artist nominee Milsap followed with a performance of “Truck Stop Gospel” from his 2014 self-titled debut.

Duo/Group of the Year nominee Devil Makes Three performed “Hand Back Down;” Hurray for the Riff Raff, the New Orleans-based “punk-rock influenced acoustic band, with an ethnically diverse, evolving membership” according to the Wall Street Journal, performed “Body Electric;” Emerging Artist nominee June performed “You Can’t Be Told;” Robert Ellis offered “Only Lies,” and Cash, gave the audience a rendition of “A Feather’s Not A Bird” from her 2013 release, The River and the Thread.

Wilson, introduced by Paul Thorn, offered “I Want to be Loved” and Stuart, in tribute to Rodgers, performed “No Hard Time.” Emerging Artist winner Simpson rocked through “Life of Sin” from his latest release, Metamodern Sounds in Country Music.

Lucinda Williams and Josh Ritter closed the night’s awards out with the Album of the Year presentation to Isbell. The all-star finale included Cash, Joe Henry, Ry Cooder and more joining the house band for the Johnny Cash classic “Get Rhythm.”

Tonight’s show was dedicated to the memory of founding council member of the Americana Music Association, Jack Emerson without whose passion and energy, the association would not have flourished.

Americana’s 13th Annual Honors & Awards, presented by Nissan, was webcast on NPR.org and audio-streamed via Folk Alley and Sirius/XM’s “Outlaw Country.” PBS will broadcast an edited version of the show as an Austin City Limits special, ACL Presents: Americana Music Festival in November, 2014 and – for the first time – Australia’s County Music Channel (CMC) will also carry the show.

The show kicked off the 15th Annual Americana Festival and Conference that runs through Sunday, Sept 21 in Nashville. The conference, “the smaller, rootsier version of South by Southwest” according to the New York Times, will deliver a range of panels, networking and seminars, while the “finely-tuned festival” (Travel and Leisure) hosts a record 180 artist showcases across 11 Music City venues, including The Avett Brothers at Riverfront Park on Saturday, Sept. 20. A full list of venues and performers is available at Americanamusic.org. 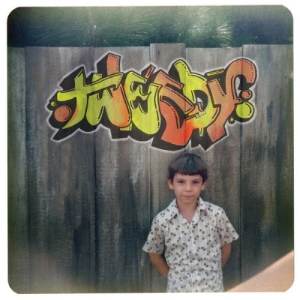