The two albums—Heal My Soul and Holding On—  that comprise this double set of posthumously released Jeff Healey songs have been available before. Both are out of print but were initially conceived as the two CD package they now comprise. This reissue is a welcome way to finally set the record straight. (pre-order)

When blind Canadian soul/blues-rock guitarist Healey passed in 2008, he had already moved away from the blues rock, found on both the studio and live recordings here, towards jazz and even trumpet playing. Listening to these recordings made between 1996-’98,  rescued from deep storage and painstakingly remixed, it’s amazing that Healey never got around to releasing these performances in his lifetime.

Disc one features a dozen studio leftovers, most with his Jeff Healey Band. While the liner notes tell us tensions were high during these sessions, the songs, playing and especially Healey’s gutsy vocals—similar to those of Paul Rodgers– are in fine form. Overdubs, some quite substantial, help craft these previously unfinished tracks into fully fledged final takes, but nothing feels forced or over produced. Rather, you sense Healey would have been more than satisfied as how his basic raw material has been molded into these eventual versions. Tunes like the gospel/soul “Under the Stone,” the slow grinding “Temptation” (that includes a wailing, bone chilling solo), the lovely ballad “Baby Blue,” and a rare cover of Richard Thompson’s fairly obscure “I Misunderstood” are just a few highlights on the first platter. Not only are these as powerful as what Healey released during his blues/rock period, they sound as fresh and exciting 25 years later as they would have if they were made available soon after their original recording.

The second disc starts with five “bonus session” studio selections. These don’t fit the tougher mood of the first CD, yet are too substantial to have been left to wither in the vaults. That’s especially true of the soul rocking “Dancing with the Monsters” as Healey peels off slide styled licks atop a Bo Diddley influenced backbeat.

The next hour runs through a dozen songs recorded live in Oslo, 1999. The eclectic concert ranges from covers of The Beatles’ “Yer Blues,” a scorching eight minute take on Elmore James’ classic “Dust My Broom,” Mark Knopfler’s “I Think I Love You Too Much” and a bluesy medley of “Stuck in the Middle With You/Tequila” that works surprisingly well. A closing 8 ½ minute “See The Light,” considered Healey’s signature composition, captures the guitarist and his veteran four piece backing unit in full flight as the tune shape-shifts into different moods.  Healey’s musical sense of humor is evident as he dips into the theme music of Jeopardy then cranks out Southern fried rocking licks like Duane Allman in his prime, even taking an extended solo without the band.

Despite the set’s reliance on covers, this is the sound of a tight band firing on all cylinders in their natural habitat. It’s a terrific gig and closes out a release that not only does justice to Healey’s talents but elevates his standing as a somewhat overlooked guitarist of vision, prowess and integrity. 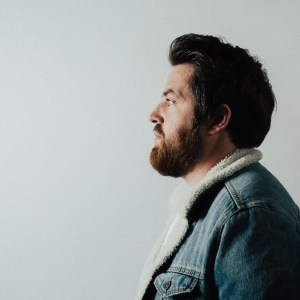 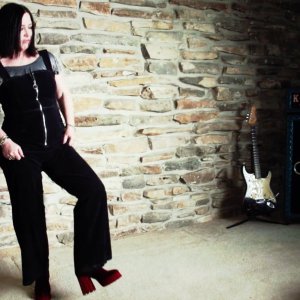