Jenny Lewis isn’t one to hold back. Her catalog — which spans four solo albums, a deep body of work with her band Rilo Kiley, and collaborative projects with other artists like Nice as Fuck — is built on raw, confessional songwriting, a trait which has earned her a loyal legion of fans, many of whom have been around since Rilo Kiley made its debut with the self-released cult classic The Initial Friend in 1999.

In late March, Lewis released her fourth solo album, On The Line. The album, which follows her acclaimed 2014 release The Voyager, comes after a difficult several years for Lewis, who lost both her mother and her long-term romantic partnership in the period between LPs. Accordingly, On The Line finds Lewis exploring grief, heartbreak, autonomy and renewal across what is arguably the best work of her already celebrated career.

“I do think as an artist you have to be brave in mining the depths and not giving a fuck,” she says, calling from SXSW in Austin. “So you kind of have to be cruel, sometimes, and be honest. That’s what I’m always looking for in a song. Something that is raw and honest and poetic and beautiful and painful and mean and funny and joyful and sad.”

On The Line runs that very gamut, delivering hard-earned wisdom, emotional gut-punches and the occasional wry one-liner with unflinching honesty and a poet’s eye for language. While Lewis has never shied away from sad material, these new songs, even she admits, are her most personal yet. Always writing, Lewis wrote the bulk of On The Line after releasing The Voyager.

“I don’t know that I’m writing an album until I’m writing it,” she says. “I write every day, even if I don’t have a guitar I’m writing three songs in my head. So that never ends. Or, knock on wood, it hasn’t stopped since the channel was opened. I don’t know what I would do if it closed. It’s almost like it’s one album, starting with the first Rilo Kiley EP. Or way before that. When I was in my bedroom recording on a cassette player when I was 10 or 11. It’s the same narrative.”

Before Lewis was a musician, she was an actress, known for her roles in films like Troop Beverly Hills and shows like Life With Lucy. She eventually began exploring music in her early teens. Her childhood stardom was a piece of what strained her relationship with her mother, Linda Lewis, from whom she was estranged for 20 years, until her mother was diagnosed with liver cancer. The pair briefly reconciled before the elder Lewis passed away in 2017.

Grief looms large over On The Line, as the album also finds Lewis grappling with the end of her 12-year relationship with musician Johnathan Rice, with whom she once released music as the duo Jenny and Johnny. While On The Line does draw from Lewis’ personal hardships, the album is also not straight biography, with each track evoking more of a feeling or state of mind than factually recounting a series of events.

“I don’t edit myself,” Lewis says of her songwriting. “I let things come when they come and just try to get them down somewhere so they don’t disappear. I’m always just trying to keep up with what is appearing and making my way to a phone or a notepad or a scrap of paper or a barf bag or something. I’m just trying to keep up with stuff and not be lazy and putting it on the page.”

Lead single “Red Bull And Hennessy,” which imbues Lewis’ indie sensibilities with heartland rock and melodic, Fleetwood Mac-esque pop, was the first song Lewis wrote for On The Line.

“I started writing [‘Red Bull And Hennessy’] years ago at home before my life changed dramatically,” she explains. “And then each song was another chapter in my adventure. Each song reflects — not necessarily chronicling experiences one hundred percent — but each song appeared before me and I just had to figure out how to put it together, and then I’d move on to the next song.”

Across the LP, Lewis refracts grief and heartache through hindsight and hopeful optimism. Standout track “Wasted Youth” is deceptively chipper sonically, with lyrics that look plainly at regret and moving into a new season of life. “Hollywood Lawn” paints an image rich, heart-wrenching portrait of a romantic relationship over a lush, piano-forward arrangement.

“In my mind, [‘Hollywood Lawn’] is just like a scene in a movie,” she says. “I can just see it so clearly. It’s not real. It didn’t happen like that. But I painted this beautiful picture. That song is really just about identifying the details of the painting and the feeling at a particular time in Los Angeles, what it feels like, the sun, looking up at the sky. I get to relive that place in this fictionalized moment of this romantic bliss. So it’s a very potent image to me. I think about it now and I’m there. The other songs don’t have a strong visual attachment like that one does.”

Lewis explains that she’d written the bulk of “Hollywood Lawn” the year prior to On The Line’s release, and would play the song live on tour in support of The Voyager without a third verse. It wasn’t until her real-life relationship with Rice ended that she was able to complete the song, which, in its final verse, includes the lyric, “Rolling down a Kingston highway / Eureka moment come my way / You know that I love you, babe / I just cannot stay.”

“I didn’t know what was going to happen in the song until it happened,” she explains. “Then I knew how to finish the song. But it was floating around in a live context and I’d kind of fudge the words on the last verse because I didn’t know how the story ended … I knew that my relationship was over. That is the literal. The more poetic version of that is like it says in the song, the ‘eureka moment.’ It just sort of hit me.”

“Dogwood,” which Lewis notes as her own favorite track on the LP, unfolds over spare piano and reverb-drenched electric guitar. As with “Hollywood Lawn,” “Dogwood” is full of vivid images, like “in the springtime in our little house/ I never told you I had my doubts” and bittersweet evocations of the titular trees in bloom.

“Emotionally I was really moved by ‘Dogwood,’” she says. “I didn’t understand it until I played it in front of people. I had heard it and had been working on it, so to share it and capture the sharing on tape, I think it was kind of a breakthrough for me, performance-wise.

“[‘Dogwood’] is so raw and honest. It begins so sad, but I don’t think it regrets how things are. It’s a song about acceptance, and heartbreak. And that feeling where you can’t do anything about your heartbreak. You just know that only time will heal it. You wish you could Eternal Sunshine Of The Spotless Mind it and just erase it from your memory, but you can’t. It has this physical manifestation. You know when you’re heartbroken, you really feel it in your chest and you can’t breathe? That’s where that song lives for me. Heartbreak is only over when you’ve forgotten about it, when you go a day and you’re like, ‘Wait a minute. I didn’t feel like dog shit for the last four hours! I’m on the mend!’”

Lewis co-produced and mixed much of On The Line herself, and tapped a murderers’ row of studio musicians — including Benmont Tench, Beck, Ringo Starr and Don Was — to play as her backing band. She went into the recording process with the scaffolding of a full album, allowing herself to stay open to letting the songs themselves guide her and her team of players to their final forms. As a result, the arrangements on the album are rich, expansive, occasionally unexpected and often groovy, even on tracks, like “Wasted Youth,” which tackle difficult subject matter.

“I didn’t really have a plan for these songs,” Lewis explains. “I demoed them all on my phone like I do, in GarageBand, but I didn’t have any attachment to anything. I was completely open for the first time in my life. And I was open in other areas of my life. So I went into the studio with a very open heart, a heavy heart. My mood was not light. But I allowed the moment to dictate and I showed up with my songs and the energy in the room just did what it does. You don’t know until you get there.”

Where Lewis’ earlier output traded in indie (and, especially more recently, traces of roots and folk), On The Line adds brassy heartland rock, melodic Laurel Canyon harmonies and a very deep rhythmic pocket, making for a heftier new sound that owes both to Lewis’ own sonic evolution as well as the decades-long resumés of her players.

“I’m non-referential in the studio,’ she says. “People always come in saying, ‘I want it to sound like x,’ but I don’t really think of music that way. I think of it as being a new thing, even though it’s rooted in something. We’ve only got so many chords [laughs]. I’m interested in making stuff that feels new and says something that hasn’t been said in that way before. But I think this style is evocative of another time. It’s live music in the room, musicians playing together, recording on tape — there is a feel to that.”

Ryan Adams also performs on the album, having made his contributions before news broke of allegations of sexual misconduct against him. In a recent interview with Pitchfork contributing editor Jenn Pelly, Lewis says of Adams, “The allegations are so serious and shocking and really fucked up, and I was so sad on so many levels when I heard. I hate that he’s on this album, but you can’t rewrite how things went. We started the record together two years ago, and he worked on it — we were in the studio for five days. Then he pretty much bounced, and I had to finish the album by myself.”

Though Lewis has performed some of the album’s tracks live for years now, she has been touring in support of On The Line in earnest since early spring. When asked if playing new material live for the first time offers any kind of emotional catharsis, she explains that it finally frees up energy to work on new songs, a cycle which also allowed the early seeds of On The Line to take root in The Voyager’s wake.

“Once I play these, then the other ones, I can complete them,” she says, laughing. “I have around 12 in my brain right now that are just in limbo. They’re just waiting their turn. They’re queued up like, ‘Okay let’s go, let’s go.’ So once I start exorcising the demons with this batch of tunes, then the next ones will come.” 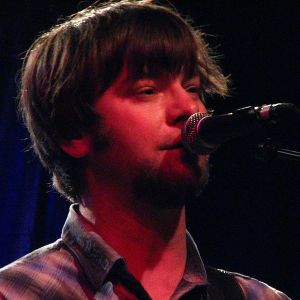 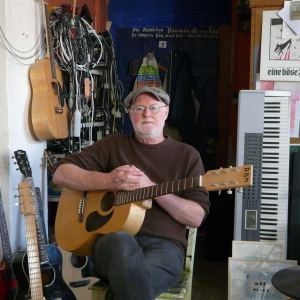