Singer/songwriter Jeremy Lister does it all: folk, pop, acapella and even 50 mile runs. With all of this on his résumé, Lister still manages to throw all of his soul into his work. And his energy is equal parts cheerful and passionate on each of his projects. For American Songwriter’s Behind the Mic series, Lister performed and explained his many endeavors and the songs that followed.

Lister was able to pen these heartfelt lyrics because he felt this longing first-hand with his now fiancé. He dived into this personal story behind “L O V E L O V E”  for American Songwriter, and he began by describing a beautifully swampy and cypress tree-filled landscape in Belzoni, Mississippi.

“I’d made up my mind that this is where I was going to tell her [his fiancé] that I loved her for the first time…. I’ve been really guarded for a number of years having some failed relationships, I’m sure as many folks have had. So I was kind of using that word safely and I’d saved it for this time. But we got to the biggest cypress tree there, and I told her that I loved her. Then we went back to the car and I played her that last song ‘L O V E L O V E.’”

It’s safe to say that not only was the song a hit but Lister’s own declaration of love succeeded (seriously, who could say no to this guy?).

Lister’s plethora of musical interests is thankfully supported by his publishing company, Big Yellow Dog. With this independent publisher on his side, Lister has been able to explore all avenues of the music industry, including his recent pop side project called Cool Cool. In his virtual interview for American Songwriter, Lister explains how he got connected with BYD, how they support him and the overall work environment at the company. These are sort of encouraging comments that all aspiring songwriters should hear, as well as anyone curious about the music industry.

Watch Jeremy Lister’s full Behind the Mic video for the full story of finding a supportive publisher and more stories behind his songs. Check out some of his new music below. 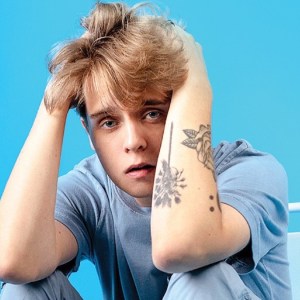 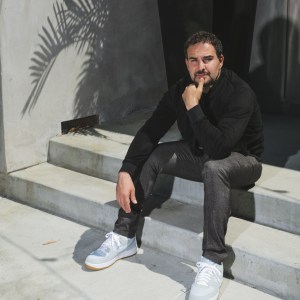