When folk singer-songwriter Jess Williamson calls from her home in Los Angeles just before the COVID-19 pandemic really wreaks havoc in the U.S., there’s no way that she could have known that, as she discusses creating her latest album, Sorceress, she’s describing a process that may not be possible again for quite a while.

That’s because Williamson wrote Sorceress in L.A., tracked it in New York City, and finished recording and polishing it in Texas. Given the ensuing nonessential business closures, travel difficulties, and quarantines, it seems that she undertook this cross-country creativity just in the nick of time. As a result, Sorceress (due for release on May 15, but available for preorder now) is already something of a time capsule of a different era.

Sorceress is also, Williamson says, exactly what she’d hoped it would be. “This is the first record that I had a hand in producing every song, and I had a really clear vision for this album – and it came to fruition. It was a long and winding road to get there, but the final product is exactly what I had in mind – and then it also is way beyond that.”

Williamson’s free-ranging spirit is reflected in the expansive vibe found on many of the songs, giving Sorceress a distinctly cinematic feel that isn’t usually found in folk genre. The widescreen nature of her music makes for an interesting contrast with her intensely introspective lyrics, especially on the album’s haunting, beautiful first single “Wind on Tin.”

Williamson wrote these songs in Los Angeles – a city that has long captured her imagination. “It’s been a place I’ve been really curious about ever since I was a little kid,” she says. “It always had this glitz and glamour about it. In 5th grade, my aunt took me out here on a trip and we did all the touristy stuff. Even then I was like, ‘I want to live in L.A.’ It’s this magical place. I feel like there’s this energy here that I was really drawn to, so finally a couple of years ago, I took a leap of faith and tried it out.”

That’s not to say it was an easy decision to become a California girl, though. “I love Texas so much, and I didn’t really want to leave!” Williamson says of her native state. “I wanted to be able to have a flourishing career in music and tour a lot and then have a sweet little bungalow in Austin to come home to – but I realized that that wasn’t happening for me in a big enough way, where I could quit my day job. I really needed to leave or I wasn’t going to be able to have a career in music.”

Williamson is being a little hard on herself on that point – her music career first began taking off while she was still living in Austin, starting with her debut album, Native State, in 2014. Her next album, Heart Songs (2016), also received favorable reviews, and led a contract with the Mexican Summer record label, with whom she is still signed.

But it’s true that moving to Southern California (which coincided with her third album release, Cosmic Wink, in 2018) certainly does seem to suit Williamson, who adds that it also had the unexpected side effect of widening her songwriting horizons. “Coming out to L.A. opened up my writing. I decided to be less afraid of a more pop direction. I realized that catchy pop music is fun.” Now, it’s possible to glimpse the influence of classic California pop artists like Fleetwood Mac in Williamson’s work; this is especially evident on tracks like “Infinite Scroll,” the second single from Sorceress.

This isn’t the first time that relocating had a major impact on Williamson’s musical outlook. She recalls that, growing up in Texas, she listened to artists like Dashboard Confessional, Bright Eyes, and Taking Back Sunday. But when she moved to Austin for college, being in that music-infused city soon taught her to appreciate artists like Willie Nelson, Bob Dylan and Neil Young (whose work she had previously disregarded because her parents liked it – but she “saw the light and realized that actually, my parents were really onto something!”).

From there, Williamson says, “I dug into a lot of older stuff like Townes Van Zandt and Leonard Cohen. Austin really gave me a music education, and that I realized that Texas country music, and ‘60s and ‘70s folk, is the music of my soul.”

With Sorceress, Williamson deliberately stretched her musical boundaries once more. One catalyst for this change, she says, was doing song tracking in New York City, in her label’s recording studio in Brooklyn. “I would take breaks and go on walks and there’s construction and honking taxis and the Manhattan skyline in the distance,” she recalls. This setting “brought more of an electronic element. I knew I wanted to have some programmed beats, which is something I’d never done before. And I wanted to bring in more synth textures and sounds that can only exist from a computer, but that still sound organic. And that all started there.”

It was, Williamson says, quite a contrast to her time working at Dandysounds, a recording studio on a ranch in Dripping Springs, Texas, where she made Cosmic Wink and finished Sorcereress. There, her walks went “around the property through the cedar trees, listening to birds and picking wildflowers.” Williamson adds that she is glad that she ended her work on this new album there: “I needed to bring it home,” she says.

Williamson’s songwriting process also underwent a significant change with Sorceress because this time, she didn’t write most of the songs on the guitar, as she has done in the past. Instead, she wrote with a piano – an instrument she was just learning. “That was really cool because I could get away from any idea that I was doing a bad job. Starting on a brand new instrument, I couldn’t be hard on myself because I already knew I wasn’t good – so that opened me up to letting the lyrics and the vocal melodies take center stage, because all I could do was pound out some chords.”

Williamson also took the unusual step of writing with an omnichord, which “is this instrument from the ‘80s,” Williamson explains. “As far as I know, they don’t make them anymore. I bought one on eBay. It has all these buttons for different chords, so you don’t have any musical skill to play it. There’s also a drum machine with different beats. So it’s incredible because you really don’t have to worry about being able to play an instrument, you can just come up with a pattern and get a drum beat that sounds nice.”

Writing in this way, Williamson says, “really helped me to think bigger because I could go anywhere. Just a blank slate, in a way. I think I got so used to what it means to write a song on a guitar, and I wanted to step out of that to see what was possible.”

But some things remain the same with Williamson’s work: with her pure soprano voice (that is often reminiscent of her earliest idol, Dolly Parton), she sings lyrics that are deeply personal and poignant. “Lyrics are the foundation of everything I write because they’re the most important part for me. Every moment of the day, I’m thinking about lyrics, and I jot down things. Then I’ll start playing [music], and I’ll see if any of the lyrics want that music, if that makes sense. It’s almost like I’m asking the lyrics, ‘What music do you want to be with?’”

When she wrote the lyrics for Sorceress, Williamson says she found herself thinking a lot about spirituality, which is a topic she used to shun. “In my younger years, I really turned my back on all spirituality because I was raised in a really Christian environment, so I had my rebellious time where I really turned away from all of it,” she says. “Now something has softened in me. I’m more open to the god of my own understanding – a way of living that draws from a lot of different traditions that resonate with me. So the record, for me, is a lot about how we’re all really looking for something outside of ourselves for a little bit of direction.”

Williamson is completely satisfied with the results of both her words and music with this release. “This album feels like a complete body of work. I hope that someone will sit with it from start to finish. I view it like a cohesive work: each song is a little star in this bigger constellation.”

It is a gratifying moment for Williamson, who says she always knew she wanted to be a singer. “I remember the moment when I was a little kid when I figured out how to sing. Something clicked, and I was constantly singing. I always knew this was what I wanted to do. Always.”

Now that she’s actually become a professional musician, Williamson says, “It’s been harder in ways that I never would have imagined. As far as making a living and having steady income with music, that is really up in the air all the time. Someone at my level, there’s no guarantees. It would be nice if that could be a little more solid. But that’s my only thing. Everything else is perfect. It’s a wild, fun, crazy, weird way to live and I’m super thankful and happy that I’m doing what I’m doing. I feel so lucky.”

Sorceress pre-order link, if you are interested in what you hear. 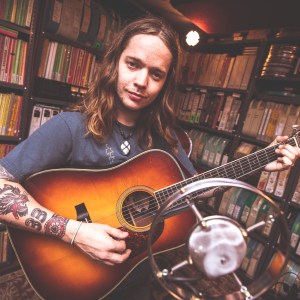 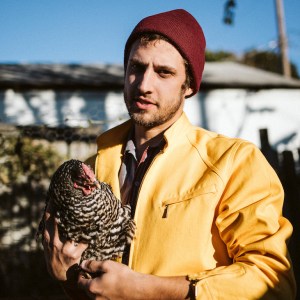