As out-of-nowhere singer-songwriter albums go, few have made as potent an impact as Relish by Joan Osborne, released in 1995. The Grammys recognized her with a slew of nods, including Album of the Year and Best New Artist (even though she’d been performing for years), the record went three times platinum, and Osborne immediately stood out as both a compelling songwriter and a standout interpreter of both her and other people’s material.

Now celebrating its 25th anniversary, Relish represents that rare breed of album where critical consensus, popular approval, and enduring appeal unite. Joan Osborne spoke recently with American Songwriter about the album’s creation and how it made her a kind of overnight sensation. And she explained how the album gained a lot of power from being a collaborative effort, with producer Rick Chertoff and Hooters’ members Rob Hyman and Eric Bazilian chipping in on songwriting while also forming a pretty impressive ad hoc house band behind her.

“The writing process of Relish was actually quite different,” Osborne says when comparing the album to the music she had previously made. “Because normally when I was writing for the things that I was doing beforehand, it was pretty much just me in a room with a guitar or singing into a tape recorder or something like that. And the writing process for Relish was much more collaborative than that, which was a bit of a new thing for me.”

Osborne found that she was fine with relinquishing a bit of control in exchange for the flow of ideas. “In one sense, it was really relaxing because Rick Chertoff, who also produced the record, he was very meticulous,” Osborne remembers. “He was all about absolutely taking as much time as you need. There was no sense of being rushed. There was a sense of whatever we need to do to make this the best it can possible be, we will do. We will take as much time as necessary. In that sense, it was very relaxed.”

“Of course, there were moments where I had an idea, somebody else had an idea, and we might have had different thoughts about which idea was better. But I think for the most part, we all kind of recognized when an idea or when a lyric or when a melody idea was rising to the top. And we all pretty much agreed on the things that were best. In that sense, it was nice. It was great to be part of a community brain in that sense, rather than just relying on myself.”

Osborne says that no theme was discussed beforehand, but the collaborators seemed to be drawn by stories about people pushed to their limits or up against the wall. She mentions “Pensacola,” a powerful story song with a bit of a twist ending, as one example. “I took lyrics ideas for the song ‘Pensacola’ from I story that I heard that a friend had told me, how her father had abandoned her family when she was young and she was always waiting for him to come home. She would stand outside of school at the end of the day and search and expect him to pick her up from school. And I just thought there was so much pathos in that and it really stayed with me.”

“So I thought what would happen if, many years later, this woman really did track down her father and she finally did find him. But the interaction that she had with him in that moment was nothing like what she expected. It felt more like a short story kind of thing to me.”

Osborne and company also decided that there should be a cover song on the album, so why not go to the best? Hence, a stirring version of Bob Dylan’s “Man In The Long Black Coat.” “I was singing on the street in Europe when I saw that this new Bob Dylan record was out and that was years before I got my deal and started working on Relish,” Osborne says. “I was a huge, huge fan of Oh Mercy and knew the record inside and out. We wanted to put a cover on the album and we were talking about Oh Mercy as a record. And I think that maybe I just started singing ‘Man In The Long Black Coat’ and there was something about it that seemed to fit in my voice in a way that was nice. And also seemed to fit with the other songs that we were working on. This stark landscape and this story about this girl who disappears.”

As for the song that broke out from Relish to became one of the biggest hits of the entire decade, “One Of Us” came courtesy of Bazilian and, at first, was headed elsewhere, as Osborne explains: “Eric came into the writing session one day and he had gotten up in the middle of the night before, had this idea, and ran into his home studio on his four-track, made a little demo of it, singing the song himself. He was like, ‘You know I wrote this song last night. I think I want to give it to the Crash Test Dummies. Why don’t you guys look at it and see what you think?’”

“So we listened to the song and because he had this in mind for the Crash Test Dummies, you know that singer (Brad Roberts) has this very low voice, Eric had done his demo with this kind of dirge-y, Leonard Cohen sort of vibe. So we listened to it, and I said, ‘Oh, that’s cool. I think they would be great for that.’ And Rick Chertoff heard it and said, ‘That is a hit song. You need to give that to Joan.’ And I was like, ‘No, no, it’s fine.’ And Rick was like, ‘No. You’re going to sing that song right now.’”

Osborne at first didn’t know how to attack the song. “We went over it and put it in a different key and I tried a few different ways to sing it. At first, I was trying to power ballad it. And Rick was like, ‘No, no, you need a gentler approach.’ And as I was working with it I thought the thing about the song that I connect with is it sounds like something a little child would ask you. A question that they would come up and tug on your sleeve and ask you and it would be one of those questions that you don’t really have an answer for, because this isn’t the sort of thing that you were thinking about when you became an adult.”

“But kids are still working things out in the world. I have a daughter and I remember the moment that she came over to me and said, ‘Mommy, when did time start?’ They still don’t know and they think that you have the answers to that kind of stuff. ‘One Of Us’ reminded me back then of something that a little kid would ask. So I tried to almost inhabit a more innocent character performing the song. And that seemed to be the thing that really worked for it.”

Listening to Relish, you can hear the fruits of the connection between the musicians. In fact, it separates itself from the spare nature of many singer-songwriter records. It instead sounds like Osborne fronting an airtight band and sounding completely at home doing it. “It was a real luxury for me to be able to work with those guys,” Osborne muses. “We each had our musical ideas. Vocally, I would sing things and that might be the spark for something. Or someone would play something and that would be the spark for something. And so the arrangements for the songs really were as much a part of the writing as the melody and lyrics would be if you’re sitting down with an acoustic guitar by yourself.”

There are a lot of records that are successful, but not all of them hold up as well as Relish. Osborne says that she can feel the appreciation whenever she pays the songs live. “I’ll start a song like ‘St. Theresa’ and I don’t introduce it or anything,” she says. “We’ll start it and there’s that rhythmic element and the melody and as soon as people recognize it, you hear this audible gasp of people in the crown. And they’re so excited to hear it. I mean, come on, who doesn’t love that? It’s just really satisfying. It just makes me feel lucky every time I get to do that.”

Joan Osborne also feels lucky that she gets to still make new music connected to current times instead of just relying on nostalgia; look for a new album later this year from her. As for Relish, she gives an insightful answer when asked about its legacy. “I have had other artists and other musicians come up to me and say it was a real sort of touchstone record for them,” she explains. “But I think maybe in my experience it’s more of an emotional legacy, because I have people come up to me on a regular basis when I’m on the road or even at a cocktail party or something. People will come up and they’ll single out a particular song and they’ll say what that song really meant to them in their lives. I’ve had people who were growing up gay in a small town in Idaho come up to me and be in tears about how the record really saved their life. How they knew that there was another way of looking at themselves other than the way that their community thought of them.”

“I feel like it’s left sort of an emotional legacy. The artistic legacy, yes, I’m sure that’s there, but I know less about that than I do about the way that it’s impacted people’s lives. And that is what really makes me humbled. You know, music is so powerful. That’s the illustration for me of what that power is like.” 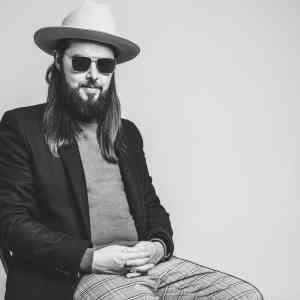