Contemporary Christian artist Joel Vaughn draws from deep wells of personal experience to craft songs. The musician is no stranger to uneasy, difficult and unresolved situations.

Vaughn told American Songwriter the tracks on his latest project, Louder Than The Lies, act as a strong follow up to the compilation released in 2020, and further instill the reminder he hopes to give listeners that they can press onward, no matter the circumstance.

American Songwiter: This album features quite a few strong co-writers. How important was it to you to include other voices in the creation process of Louder Than The Lies?

Joel Vaughn: It was incredibly important for me to collaborate with others on this project. I can hold my own as a songwriter in multiple ways with lyrics, top line, melody and production, but I think modern songwriters can sometimes spread themselves too thin. For this project I wanted to co-write as much as possible. Great writers have the ability to see or perceive a lyric in a way I might not be able to. Songwriters like Ross King and Benji Cowart (who both wrote on this album) are incredible at pulling lyrics out of a simple, vulnerable conversation and making a perfectly rhymed and rhythmic piece that fits the melody we create like a glove.

I started co-writing years ago and I can tell you there was a major shift in the quality of what I was able to do in the context of a team, versus what I could do on my own. I find the entire process as a whole much more exciting when I co-write.

AS: What is the ultimate inspiration for the themes of resilience and hope you speak to in these songs?

JV: My first inspiration for both of these themes is my faith in Jesus. Second, it’s personal life experience and how my faith has guided me through many troublesome times. I was the youngest of five children and we didn’t have a lot of money when I was growing up. We shopped for clothes at thrift stores, lived in trailers big enough for four people even though there were seven of us, and if not for coupons and family members who helped us out, we might not have had much to eat. But in spite of it all, somehow my parents managed to take care of us.

We were a military family, so we moved often—even after my dad retired from military service. I was always the new kid growing up. I lost count of how many different schools I attended and how many places I lived. Yet throughout my childhood I always sensed that God was with me in the hardest things I ever had to face – school bullying, the inability to develop true and meaningful friendships, and other turmoil that was going on in my home.

Fast forward to adulthood and in the first months of my marriage I found out I had a serious medical condition. A year after that, I injured myself and needed a surgery I couldn’t afford. I got sicker and sicker until friends at the church I attended noticed how bad it really was and offered help. Their generosity enabled me to negotiate a price for surgery that ended up being exactly the amount I had saved up, and not a penny more. I can tell you example after example of how God has taken care of me and my family despite the circumstances I have faced. I trust Him completely and that is my inspiration.

AS: When listeners take in this record, what do you hope they walk away thinking?

JV: I hope that whatever hardship or circumstance they are facing, they are inspired by the songs and my story to press on. I hope listeners will consider putting their faith in God if they haven’t already. I love music; I love writing songs; I love singing; but ultimately, I believe I wouldn’t have any of these things if not for God. Much of my audience today is Christian, but my heart is also for those who aren’t believers. I want to inspire hope. In a year that has been marked with so much turmoil and pain I want people to know there is a light at the end of this tunnel we’re in. We can get through this together.

AS: Why did you decide to move forward with the album release at this time?

JV: I don’t know if this is a bad or a good time to release an album, but right now seems as good as any. With how crazy things are in our world today, I believe people need a little bit of hope. I couldn’t think of a better time than now to share the hope I know in my heart with other people.

AS: As an artist, are there any particular goals you accomplished through these songs?

JV: One song in particular, ‘Already Done,’ has reached a level of success I’ve never seen in my career. Many people who have heard it on the radio or streaming have reached out to tell me how much the song has inspired them in this difficult time we’ve all been facing. The success is nice but hearing that my songs are making a real difference in people’s lives is the main goal I always strive to reach.

AS: What stage of your journey as a musician and songwriter does this record propel you into?

JV: I hope I’m always growing in those areas, but I’d honestly say I’ve been propelled into a different stage within the last year. The platform is larger, many of the faces I have met are new, and the opportunities I have been afforded are unlike anything I have experienced before. Despite the global pandemic I am busier now than I’ve ever been. Even though there is so much hardship and difficulty in the world, there is also so much room for opportunity, and I want to make the most of it. 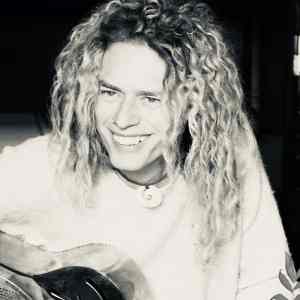 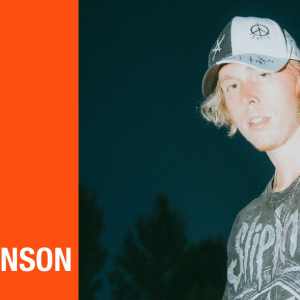