Together with American Songwriter, we had the pleasure of interviewing Jeris Johnson over Zoom video!

Today, genre blending sensation Jeris Johnson releases his debut EP, My Sword.  The bold and burgeoning artist showcases his one of a kind rock-pop sound with six stellar tracks of raw energy, gritty melodies and unapologetic emotions.   Jeris is cementing himself as a one-to-watch as he redefines genres, pushes boundaries and creates a whole new sonic wave.  Coined ‘future grunge,’ Jeris Johnson is already breaking into unchartered territory with the construction of his own genre.  Check out My Sword HERE.

The release comes in the wake of “Last Resort (Reloaded)” with Papa Roach.  Celebrating the 20th anniversary of certified triple platinum hit “Last Resort,” Jeris Johnson & Papa Roach united to breathe new life into a legendary track, which quickly made its way to #1 on the Rock iTunes Chart.  The visual, out now, reimagines the original Papa Roach music video and encapsulates the whirlwind of a mosh pit.  Jeris and Jacoby bring their palpable energy and dynamic sonics as they prove an undeniable ability to unite a crowd, whether that’s through the collective screens of ‘quarantine’ or the hopeful imagining of the days we’ll be able to jump around in a crowd once again. Check out “Last Resort (Reloaded)” music video HERE.

With a devout cult following on TikTok, Jeris picked up traction on the platform following the success of “damn!,” which reached #19 on the Shazam charts and was included on Spotify’s US Viral Chart.  As Jeris perfected reworks of classic tracks, putting his trap flair on iconic hits and accumulating millions of views, he caught the eyes and ears of the critically acclaimed groups themselves.  Proving the power of TikTok, Jeris now boasts cosigns from renowned group Papa Roach as well as Nickelback’s Chad Kroeger.

Recently signed to 300 Entertainment, Jeris Johnson is changing the game and cementing himself as the future of music.  This is only the beginning for Jeris Johnson.

For Jeris Johnson, music is quite literally in his blood. Jeris’ parents are both musical, his dad a drummer and his mom a singer, who met while playing in bands. Jeris grew up surrounded by music, and his parents’ unwavering support of his musical aspirations bred a lasting love and passion for music. Music was always second-nature, and Jeris began playing the piano and the drums at the early age of two. At the age of 13, Jeris began rock band camps where he was able to hone his skills as a vocalist and drummer. It was through this experience that he met his future bandmates and decided music was what he was going to do for the rest of his life. Jeris spent his high school years in his metal band, Audiophobia as a vocalist and drummer. Once the band went their separate ways, Jeris was ready to pave his own musical path.  Yearning for his own license on creativity, Jeris quickly realized he needed the skillset and software capability to create his own unique sound. It was during these formative years, while Jeris taught himself how to produce, that he also fell in love with the angst and aggression of ‘Soundcloud rap’. With influences stemming from Ski Mask The Slump Dog and XXXTentacion, Jeris began to meld the chaotic energy of Soundcloud rap with the grit of alternative rock creating a sonic melting-pot that would become his signature sound.  Jeris Johnson’s early metal influences and experimentation with pop and EDM paired with influences from Slipknot and Ski Mask led Jeris to experiment with the duality of grunge and beauty and boldness and vulnerability.  At a mere 21 years old, Jeris began traveling back and forth to LA to perfect his sound. In 2020, Jeris released his single, “Sticks and Stones”, followed by his most recent single “Damn!”, which has already accumulated over 10M streams on Spotify is nearing 5M views on YouTube.  What’s next? He intends breaking into uncharted territory with his music and creating a whole new sonic wave. 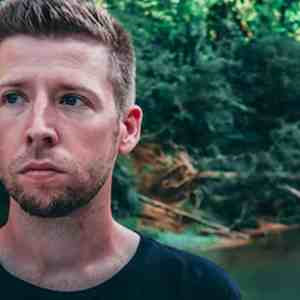 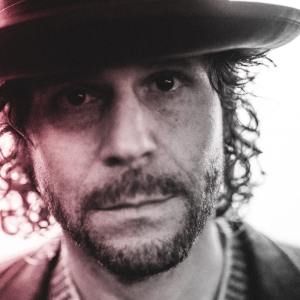