You learn so much about friendship through trials and tribulations. Wispy and plaintive, singer-songwriter John Andrews rounds up his own experiences of “trying [my] best to be there for a friend who is going through difficult times” with a new song. “Try,” off his latest album Cookbook, quietly sneaks through the crinkled pages of Carole King and the Beatles, a hushed performance that feels otherworldly and moving.

“I wrote [this song] in my head while driving through Massachusetts. I made an a capella voice memo of it and thought there was potential,” Andrews tells American Songwriter. “A few months later, I sat down in front of a piano and figured out the proper chord progressions and tweaked a few things. I recorded three different versions of the song before I ended with the arrangement I found best fit.”

Musically, Andrews keeps a “less is more” kind of approach, allowing his soothing vocal tone to guide the listener along a timeless melody. Friend and guitar player Lukas Goudreault took it upon himself “to channel George Harrison’s guitar on ‘Octopus’s Garden,’” says Andrews. “The production on Beatles records has been an endless inspiration for me.”

As evidenced with “Try,” the Yardville, New Jersey native is ever the wandering spirit, frequently being struck with inspiration while “traveling or when I’m in motion. I tend to get great ideas for songs while on tour. I try my best to write them down, along with a written description of the vibe intended for the song,” he says. “Sometimes, I’ll go on a hike and just work on songs in my head. I’ve had days where I’ve aimlessly driven up and down the New Hampshire and Maine seacoast and just to sing to myself.”

More than anything, songwriting is about “manifesting reality in the purest form,” he offers. “You begin with something internal, and end with something external that you can share with anyone. Whatever mood I was in a year ago while writing and recording can affect someone’s mood now.”

Any songwriter will tell you: inspiration can literally come from anywhere. For Andrews, there are no boundaries on what might strike his musical fancy. “I’ve taken lyrics from things I’ve read on church signs. I even have a song I’m working on now that has lyrics I wrote down from things a commentator said during a hockey game. All my rough ideas are like one big jigsaw puzzle,” he explains. “There have been times where I’ll take a chorus from one of my rough songs and use it as a bridge in a different song. It’s a slow process for me. It’s very rare for me to write a song quickly and effortlessly.

“It’s like slowly molding a piece of clay. It starts with my own rough idea for a melody, and I’ll take inspiration from music or movies that I’m into at the moment. It’s like looking at a bowl of fruit in order to paint a bowl of fruit.”

John Andrews & the Yawns’ Cookbook is out now on Woodsist Records. 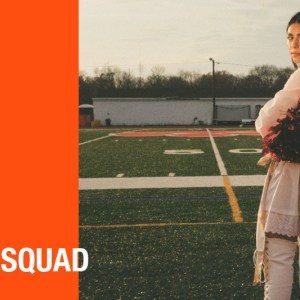 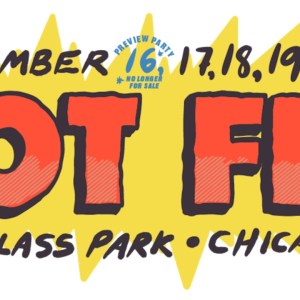