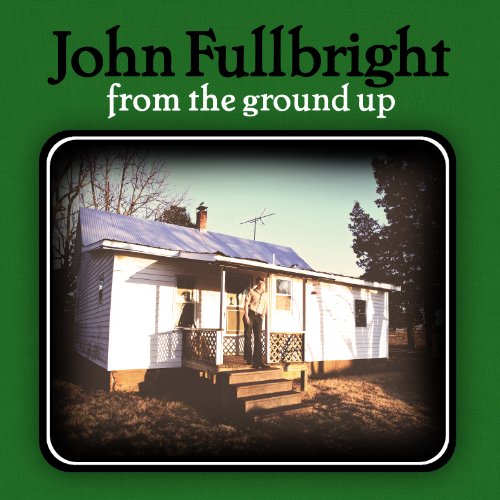 Years of playing alone – in restaurants, dives, college bars, festivals, front porches, living rooms – had made Fullbright a self-contained player, able to rustle up the energy of a larger lineup without actually adding anyone else to the band. He could play piano, guitar, harmonica and accordion. He could sing. He could write. Sharon was used to recording full bands, but this guy was something else: a one-stop shop of full-bodied, rustic American music, performed by someone who’d actually spent time in the rural countrysides that his songs evoked.

“If you watch him play guitar,” Sharon explains, “you can see his thumb doing the bass parts, and the whole thing sounds exactly the way he wants it to. Even when he’s playing alone, you listen to what he’s doing and think, “That’s where the kick drum goes, and that’s where the snare drum goes.” The first time he sat down with me and played all of his songs, I could see every instrument. It was all there. It was a very visual thing.”

For Fullbright, it was more of a practical thing. “When I’m writing a song,” he says, “I want to make sure I can pull it off myself. Is it as good as it can be, with just me? Once that’s answered, you can start adding things. When you play those solo shows, though, it’s all about filling up a room. It’s all about making the song percussive enough, or making the bass move around in an interesting way.”

As the producer of From The Ground Up, Wes Sharon was charged with the task of keeping Fullbright’s music simple and uncluttered, while still turning the tunes into something a full band could sink its teeth into. He wasn’t the first person to give the job a shot. Fullbright had already recorded a similar version of the album in Austin, using A-list session players like JJ Johnson, who’d previously drummed for John Mayer, and several members of the Dixie Chicks’ touring band. Everything sounded great … but something was off.

“The playing was incredible,” Sharon admits, “but it sounded like an Austin record, like Lucinda Williams or something. John was singing about the town he’s from and the people he knows, but the whole thing just sounded like he was from somewhere else.”

Turning to his new friend for help, Fullbright scrapped the Austin recordings and booked two days at Sharon’s studio. The plan was to record some demos with a loose group of Oklahoma musicians, including Turnpike Troubadours drummer Giovanni “Nooch” Carnuccio III, and shop them around to various labels. The band worked fast, cutting live versions of “Losing,” “Jericho” and “All The Time In The World” in a handful of quick, inspired takes. Fullbright would stand in the doorway of the control room, run through a song’s verse and chorus with the others, then duck back into the vocal booth for a full run-through. Overdubs were rare.

Two days later, the group sat down to listen to the rough mixes. “Man, these demos sound good!” said Fullbright. “Well, let’s just stop calling them demos,” suggested Sharon. Fullbright agreed, more studio time was booked, and From The Ground Up was finished two and a half weeks later.

Interviews make Fullbright uncomfortable. He’s polite and charming, but you can tell he doesn’t enjoy talking about himself … and he enjoys talking about his songs even less. Interviewers always seem to ask the same questions. What’s it like growing up near Woody Guthrie’s home? How does he feel about the Grammy nomination? What’s up with all the religious imagery on the album? Does he consider himself an “old soul?”

“I don’t even know what that phrase means!” he says with a trace of exasperation. “Are there new souls, too?”

He prefers answering tough questions over email, saying he’s better on paper. Fullbright is best on record, though, and From The Ground Up functions as a sort of poetic autobiography, its songs full of richly colored stories about his life, his relationships and his home. Released in 2012 – the year Americana became the new pop, its torch carried by multi-platinum bands with chart-topping albums and million dollar recording budgets – Fullbright’s album was raw and imperfect, two adjectives that are rapidly disappearing from the modern-day folk canon. From The Ground Up isn’t a traditional sounding album by any means, but it was recorded for the price of a used car, and its flaws – a vocal tic here, an unintentional blast of feedback there – keep it honest. This is what folk music used to be. This is what folk music needs to be.

There’s room to grow, of course.

“There are some songs that aren’t as clear as I’d like them to be,” he allows. “They’re a little vague, and I’m trying to get out of that, because I think people tend to hide behind their vagueness to help preserve their hipness. I don’t wanna do that. If I’m using your time to tell you something that I think, then I want to make sure you know what it is, instead of just throwing some vague concept up in the air and seeing where it lands.”

He’s getting there. Fullbright says the next album won’t deal with so many religious themes, and Sharon points to Ground Up’s pair of lush, layered songs – “Daydreamer” and “Gawd Above,” both written in the studio – as a good indication of the sound Fullbright may explore next. Before that happens, though, there are more shows to play and more stories to be told, including the one about an Oklahoma kid who wrote some songs on his family’s piano, recorded an album with his local friends and wound up touring the country, armed with a Grammy nod and a fanbase that extended far past the Bible Belt.

“I’m proud as hell of our album’s story,” he says. “I don’t know if we were trying to make a statement. We were just poor. We did what we could because we had no goddamn money, and now it’s nominated with all those other albums. Winning a Grammy doesn’t mean anything – it’s just something you can wear, like a gold necklace – but the story behind it is something I’m proud of. It was a bunch of Oklahoma musicians at this little hole-in-the-wall in northern Oklahoma, just local guys hanging out, and it turned out the way it did. I would feel the same about this record if nobody heard it. But I’m glad they did.” 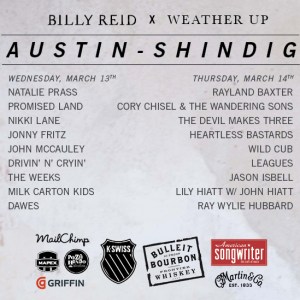 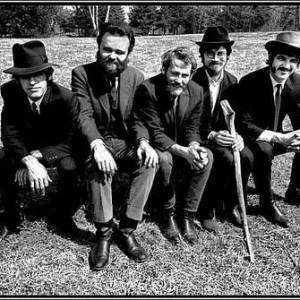