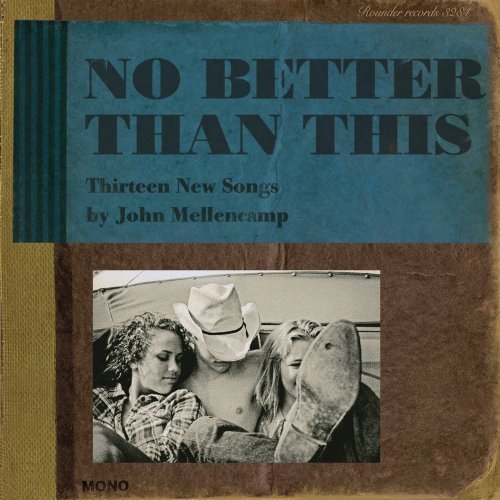 No Better Than This

If you were one of those people who weren’t real fond of John (then Cougar) Mellencamp in the early ‘80s, you weren’t alone. But hopefully you came to realize that he wasn’t going away no matter how sick you were of “Jack and Diane,” and that he was the real deal: A midwestern farm town boy who was just as passionate about rock ‘n’ roll and acoustic music as he was about the rural way of life, and didn’t care who agreed with him.

Now, three decades later, Mellencamp is still pushing the envelope and doing life on his own terms. Hot on the heels of his ambitious 54-track On The Rural Route 7609, he’s back with No Better Than This, an album of sonically stripped-down material recorded at historically significant locations throughout the South, including Sun Studios in Memphis, the First African Baptist Church in Savannah, Georgia, and, maybe coolest of all, room 414 of the Gunter Hotel in San Antonio, the very room where blues master Robert Johnson recorded in 1936. The ambient result is undeniable. Produced by the ubiquitous T Bone Burnett, it doesn’t get much more real than this.

In the age of high technology, Mellencamp and Burnett completely ditched the Pro Tools and decided to do it the way their own influences did, the way that the people who recorded in these historic locations did it. They simply used a single microphone and a refurbished mid-‘50s Ampex tape recorder to track this album. With a band that included players like guitarist Marc Ribot and bassist Dave Roe, late of Johnny Cash’s touring band, Mellencamp and Burnett went about committing 13 new Mellencamp songs to tape the old-fashioned way: By playing together well, with instruments hopefully in tune and hearts and souls in sync.

They succeeded. Even without excellent material, the musicianship, recording techniques and locations would have made for an interesting record. But Mellencamp is in great form here as a songwriter, with gems like “West End” and the humorous closer “Clumsy Ol’ World.” The best track here, and perhaps one of the best to ever come from Mellencamp’s pen, is “Easter Eve,” which evokes thoughts of both Cash and Dylan. With a plaintive banjo setting the stage for its 14 verses, this tale of a father and son who encounter random violence in a diner on the day of the celebration of Christ’s resurrection is a rare treat from Mellencamp or anyone else.

“Right Behind Me” is a song about a spiritually-torn man pining for his girlfriend, but it’s a lot friskier than that description implies, with a Hot Club of France fiddle and an undeniable Leon Redbone vibe. “Each Day of Sorrow” is the uptempo bluesy lament of a man who isn’t sure about how to reconcile his eventual judgment, while the almost-rockabilly title track is seemingly a celebration of living it up for at least one last night. It’s kind of hard to tell for sure, though, as some of this recording’s lyrics are a little more cryptic than much of Mellencamp’s previous work, a la his sometime tour mate Bob Dylan. No matter though. It’s all good.

Structurally, Mellencamp is in a place where he doesn’t have to worry about things like A-B-A-B-C-B anymore, as in the aforementioned “Easter Eve.” Very little of this album pays attention to convention, which makes it that much more of a delight to listen to and support. At the end of the day, No Better Than This, like most everything else John Mellencamp has done, is about the human spirit. It’s about people, and Mellencamp continues to write and sing about them better and better with each passing year. And, as evidenced by the playlists of hundreds of radio stations even today, those people still include Jack and Diane. 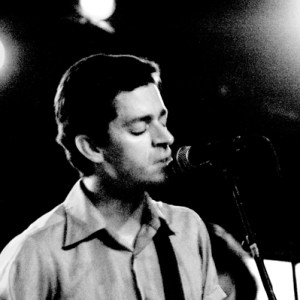