When John Roberts arrived in New York City in 1989, a musical revolution was already underway. That same year, techno/house producer Frankie Bones released “Call It Techno,” a hypnotic dose of new wave distortion. It was one of many foundational blocks to set up the techno explosion of the early ‘90s; creative masterminds like Moby and Joey Beltram were also crucial to what started as an underground movement and eventually erupted into the mainstream decades later.

“I would either go to Limelight or Palladium or Tunnel or The Building. They were all really cool mega clubs, also Club USA in Manhattan. Then, the raves were more in abandoned warehouses,” reminiscences Roberts, “and there were invites that you’d get and you’d have to hop on a bus to find where it was in the middle of nowhere. So it made it exciting and fun. These were outlawed parties.

“There was a look with the raves─ stacked sneakers and flared pants. And all the girls wore baby tees and little barrettes. It was fun. It was creative, too,” he tells American Songwriter over a recent phone call. “It was like our generation’s take on hippie vibes in a sense. The beats were all fresh and new, and you really hadn’t heard anything like that before.”

On his new record, Lights Out, the follow-up to his self-titled debut EP (2019), Roberts levels up with the ‘80s influences, funneling in shiny new wave, house, and early hip-hop. “Lose Your Mind” bursts at the seams with mind-melting magnetism, leaving you breathless, and moments later, he picks you up off the floor for the after-party with “Thought Control,” spilling his heart across a grimy melody. Even when he angles a couple songs with a socio-political edge (“Divide People,” “Here It Comes”), a delicate balance between progress and liberation is struck with shirt-ripping abandon.

“It’s good to have party songs, and the past four years has been a lot of political stuff for everyone. We’re all pretty exhausted, but that’s the world we’re living in,” he says. “It’s good to celebrate and kind of get away from it all. But then you have to kind of pay attention, too. This album is more of a chance for celebration.”

The record, produced by Junior Sanchez, mostly completed pre-pandemic, only required a few tweaks, as well as two additional songs, once lockdown took hold. “It was just so depressing to make anything during Covid, so I was glad to have it all done. I tried to be creative [last year], but I really couldn’t focus and it wasn’t really good for me.”

A neon-strewn centerpiece, “Love Electric” hooks into the eardrums, pulsing with a provocative undertow, with a beat you won’t soon forget. One night stands were never meant to last, he purses his lips into a confetti blast. “It’s a whopper,” he says with a laugh. “I love the beat so much. It just started with that beat. Usually, I’ll start to hum or sing over the beat and go from there. So, we just built it up, and we ended up with this really big, kind of eighties chorus. The synths and the beats are really great to perform live. I did perform that song live at school night in LA in 2019 right after we finished it─and it was super fun.”

With “The Wave,” a throbbing, euphoric cleanse, Roberts anchors the lyrics with the ideals of being an artist and “finding your truth through your art and riding the waves of creativity,” he offers. Some lazy days and heavy nights / They get me weak but keep me so alive, he sings, his voice slinking its way over the bass line.

Roberts, the famous voice of Linda Belcher in hit animated series Bob’s Burgers, knows a thing or two about stepping into the spotlight and letting the world judge his art. “Well, there’s always going to be somebody that doesn’t like it. That’s just the world we’re living in. There’s something for everybody. So, I think it’s more about finding the people that like it. The people that don’t like it, you know, it’s not for them and that’s okay, too. I try not to take it personally, as long as you stand by what you made. That’s all that really matters.”

Lights Out reaches its climax with the closing tracks. “Our Vibe,” produced by babydaddy of Scissor Sisters, seeks to bridge the generational gap as a “come together track,” says Roberts. “It’s about falling in love and and all being together. I’ve known babydaddy for a while. I would just go over to his home studio, and we would just write. We had made about five different sessions and would kind of step away from it a little bit and go back in and tweak it or change some vocals and things like that. It turned out to be really fun and different. We wanted something that wasn’t trendy, just something that was gay and fun.”

At its core, there lurks a carpe diem sentimentality, echoing through soft coos and intoxicating airiness. “Maybe don’t take yourself too seriously,” he offers in how to live in the moment, “and just know that we’re all pretty small in the bigger picture of things, and touch people on a more personal level. That’s stuff that you can control.”

Roberts’ musical pursuits started in the mid-90s when he immersed in the East Village music scene. He eventually opened for Scissor Sisters and Gogol Bordello as frontman of Opti-Grab. By 2006, however, he veered into the comedy scene and began uploading popular skits to YouTube, including “My Son is Gay?” and “Jackie and Debra,” and making inroads on late-night television, later touring with Margaret Cho.

Lights Out, featuring collaborations with Debbie Harry and Beth Ditto, is a long-time coming, yet its release now feels appropriate. 12 songs signal Roberts’ proper arrival in the pop-sphere. “I definitely feel more confident in my vocals and my writing. I had worked with my life and just a small handful of other people. Now, I feel like I can step into a situation like this,”  he reflects. With co-writing partner Inebelle Diaz and producer Junior Sanchez, the accomplished artist now climbs to the mountaintop, feeling “like I can pull my own weight as a songwriter and feel I’m bringing a lot to the table.” 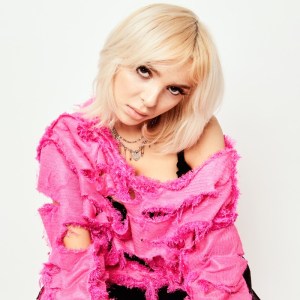 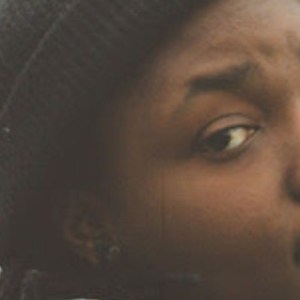