Inspired by both on- and offline conversations about mental health, Sophie Powers put pen to paper to write a soul-shaking new song called “Lonely Army,” bottling up anxiety and detachment one feels through computer screens. “After having these conversations I was left to my thoughts,” says Powers, “and one thought hit me extremely powerfully: the human brain is thousands of years old, we are not meant to be staring at a screen all day or creating relationships solely through that screen.

“‘I can’t be the only person who feels this way,’ I thought, and after understanding that I wasn’t, I realized that we all feel/have felt alone at some point during our lives,” she adds.

Powers translates this deep, universal ache directly into the song’s vibrating center─also alighting upon a smorgasbord of emotions, including depression, confusion, frustration, and severe loneliness. “By stringing together my thoughts, a story behind how everyone is so connected online but not in person came together,” Powers tells American Songwriter. “Missing real human connection led to my loneliness, and conversations with others on why they felt alone led to myself realizing a global loneliness.”

Why does time fly by and move so slowly? On the quiet days, we listen closely, she sings into metallic musical fabric. Can you hear the feelings of the lonely / Unwrap your bandages, to see us clearly.

Severe melancholy hangs off her tongue. As she unfurls every shade of dread, anguish, and sorrow, the guitars simply accentuate these emotional threads like red highlighter on whiteboard. And nobody seems to notice / That the kids are all exploding, she sighs. Cause they’re so alone, so alone / Telling you they’re fine.

“I want [fans] to feel that it’s okay to feel alone, but they aren’t. You should never feel embarrassed for being vulnerable or reaching out for help because everyone is struggling with something beyond the surface,” she continues. “I also want to encourage them to reach out to anyone for help if they themselves are struggling. Easier said than done, but we are all human at the end of the day. And we all are still struggling to understand complicated things like social media, technology, even mental health and the current state of the world.”

“Lonely Army” sets an impressive pace for the Toronto-based artist, a dark electricity radiating from her voice. Typically, in her creative process, Powers will spend around 30 minutes listening to music before hitting the studio. “The songs I listen to depend on how I’m feeling that day,” she says. Ahead of the session for her debut offering, she put on Nirvana’s “Something in the Way,” off their iconic 1991 album Nevermind, and soaked it in.

“I anchor melodies and words on those emotions in the studio, so every time it becomes somewhat of a different process,” she continues. “Whether I start with the hook or verses, a lot of it depends on what words and melodies my producer Mike, co-writer Shelby, and I are drawn to. By the end of the day/session I’m super tired and my brain hurts, but that’s how I know I’ve fully expressed myself as a songwriter an artist.”

Frequently writing from a place of “extreme emotion, whether happiness or anger, I express how I feel through songwriting. The more powerful the emotion I’m feeling is, the easier it is for me to express myself,” she says. “I love how not everything has to make sense. It’s so different from every form of writing I was ever taught in school─essay format, story format, newspaper format, and even poetry. You get to decide the structure of your own words, and I can literally say whatever I want. It just feels so freeing being able to express myself through words without a teacher marking my every sentence. It’s emotionally very therapeutic for me.” 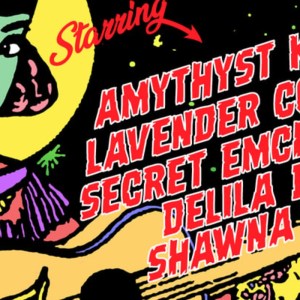 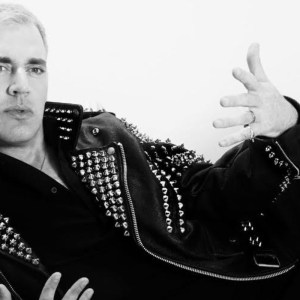