On May 10, singer-songwriter Johnathan Rice will release The Long Game, his first studio album in six years. Rice recorded The Long Game, which chronicles the end of a long-term romantic relationship, with producer Tony Berg and alongside guests like Courtney Marie Andrews and Dawes’ Griffin Goldsmith.

Below, read a short Q&A with Rice about the making of The Long Game, and hear a new track from the album, “Hollow Jubilee.”

Was there a particular song or idea that got the ball rolling for you on this new album?

The title track, “The Long Game,” was the first of this collection. I wrote it before everything in my life changed.  I remember having a discussion with my friend who is a screenwriter. I was asking him about character archetypes and his process, etc. He said something like “the Type A personality takes a lot of risks, the Type B plays the long game.” As soon as I heard that phrase I knew it belonged in a song. I like the idea that every relationship is a game of sorts. Not a competition, but a game. One that can be lost if either side doesn’t play well enough or with their whole heart, or without the right amount of luck. I wanted to write a song that could be sung to a child and be understood more and more as life goes on.

Given the personal nature of the album, was it difficult to write? Were there points when it felt therapeutic?

The “inciting incident” that inspired this album was extremely sad and very difficult. That said, it was also the best thing that has ever happened to me. I hope the record reflects that gradual realization. I have gained a newfound respect for lizards and sea cucumbers — animals that can regenerate after a major loss. It was probably the most effortless writing process I’ve experienced, maybe because my emotions were very accessible to me at the time. When I listen to this record all the way through, it sounds like a person who has been shattered following a trail of broken pieces back home. I am very grateful for that experience. Relationships aren’t always good forever, but good songs are good forever.

The announcement of The Long Game cites you recording the album “totally alone.” How did that experience compare to recording past albums, and what do you think it opened up for you creatively?

Well, I didn’t record it by myself. This record was produced by Tony Berg and was then given a really unique mix by Dave Cerminara. When I came in and played Tony the songs he said that above all things we must preserve the feeling of “aloneness” that he heard in the material. There are plenty of other musicians on the record — Griffin Goldsmith of Dawes, Courtney Marie Andrews, Mike Viola, Z. Berg, Jason Boesel, Dylan Day, to name a few.  It’s kind of a funny thing to say, but all those people really helped to create and preserve the sound of me feeling very alone. I use my baritone register quite a bit on this record, which has been really eye-opening. I credit Tony with that, for sure. I think I began my career at such a young age that I was self-conscious about looking like a singing baby. So to offset that, I sang with a kind of weathered affectation. Now I no longer look like a baby and sing like a man. Only in America.

How did you write the song “Hollow Jubilee”?

I wrote that song with Jason Boesel. So, that song kind of tangles our perspectives and ideas together. There’s a party that’s been happening in Los Angeles every night for the last hundred years or so. You can arrive at this party at any time, and you can leave it at any time. The funny thing is no one will ever notice that you were there in the first place. Jason called that party “the hollow jubilee” in a conversation and I said we should build a song around that phrase. So the character in that song is kind of drifting through this never-ending party with the nagging feeling that his life is falling apart. Sound like fun? I’ll put you on the list for tonight.

How do you feel that track fits into the larger context of the album?

Well, it tells the story of a character trying to understand a huge loss. Kind of stumbling through life, stuck in a bad moment. This album kind of reflects the stages of grief, and this song is reflective of the early stages. By the end of the record I think I arrive at acceptance and at the beginning of something beautiful and new.

Listen to “Hollow Jubilee” below. 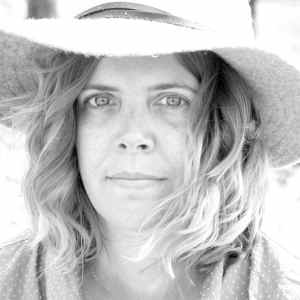 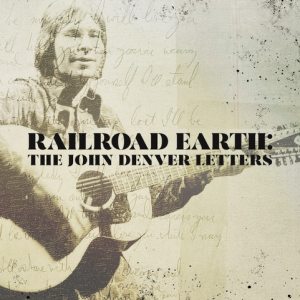