As The Teddy Bears’ 1958 hit “To Know Him is to Love Him” fades out, the five-piece band take their positions. Faces muted by white, spandex masks, two dancing females—also covered in head-to-toe white garb—along with a drummer, bassist, and singer, appear nearly translucent in white suspended pants, save for their black shirts and mop top wigs.

Like some warped baroque-meets-60s mod moving picture, every body is perfectly placed. Both dancers, adorned in frilly burlesque knickers, sway through a perfectly choreographed routine, synched to the backdrop of videos for most of the set, and pantomiming to string- and trance-filled tracks.

This is a peephole into Jonathan Bree live, and the performance is equally as entrancing as listening to the chamber-fused songs the New Zealand singer and songwriter has been crafting since his debut 2013’s Primrose Path, follow up A Little Night Music (2015), and his most recent gloomy pop fusion on 2018’s Sleepwalking.

He’s already released singles “Waiting On The Moment” and “Cover Your Eyes” from his upcoming fourth album, off his Lil’ Chief Records, which he has operated since 2002, and is putting the finishing touches on a visual production for early next year, a hush, hush project at the moment.

For the new album, some tracks were carried over from the Sleepwalking sessions, while others were written throughout the past 18 months. Every album has been personal for Bree, including this one as the release of Sleepwalking also brought with it a marriage breakdown and the end of other long-term friendships as well.

“Life has been pretty unrecognizable lately, I suppose,” Bree tells American Songwriter. “Writing parts of it [the new album] was cathartic. It’s not exactly all slow ballads about mental breakdowns, though. There’s a fair bit of life and celebrating in the shadows going on as well—trauma-themed tracks you can dance to.”

There are a number of guest singers on the new album, which will feature lead vocal spots from Britta Phillips, former Luna bassist (also the voice of ’80s animated rock star Jem) on a track called “Meadows in Bloom” and Princess Chelsea, a Bree collaborator from his former band The Brunettes, on “Kiss My Lips.” Previously, Bree has had backing vocals, predominantly female, including Clara Viñals’ willowy whisps on Sleepwalking’s “Say You Love Me Too.”

Bree vaguely remembers the first song he wrote. He was 9 or 10, and it was about a girl he had a crush on in school. Sadly, “Rebecca” barely went beyond one verse and chorus. “It’s unlikely that it was my best work,” says Bree, whose songwriting now is more fluid. The music comes first, then the lyrics follow. “The composition can be born out of just about anything, a groove, a riff, a chord sequence,” he says. “Guitar was my main instrument for composing early on, but I felt that became too familiar eventually. In more recent years, I’ve written using keyboard-based instruments as I’m a novice on piano, and it’s all a bit of a mystery to me. I never learned scales or music theory.”

Occasionally, he’ll get feedback from trusted friends on demos, but writing collaborations are a rarity for the masked chanteur. “I like to develop songs until it’s near finished before I show it to anyone,” says Bree. “The idea of collaborating in a room with someone when ideas are raw and unedited sounds like a bad scene for paranoia and insecurities.”

It’s still hard to believe Bree has only been performing live as a solo artist for nearly three years since parting ways, after more than 10 years, with The Brunettes in 2009. Even with his first two albums out, he had little desire to take any of his material on stage and continued to record music from his home, until a festival came along. It broke the ice, and Bree finally played his first solo show in 2017 on his birthday. “For the 8 years up until then I was saying no to performing and making up excuses as to why it would not be a good idea,” says Bree. “I guess the timing of that offer made me think am I really going to spend my birthday at home, when a perfectly generous offer had been made to see me put on a show. If I had stayed at home, I would surely think less of myself, so I reached out to friends to pull a band together and do something decent.”

On stage, Bree is far from garrulous. There’s no frontman banter linking songs. Bree’s stillness shifts from center stage to a statuesque shadow at the back screen, his mic dangling to the floor. His enchanting baritone croons a set filled mostly with tracks from Sleepwalking, including the haunting darker pop prod of “Fuck It,” and “Valentine,” which urges Bree to crush long stem roses and sprinkle the petals over the crowd.

When asked if one day he’ll take the mask off, perhaps in one fell, theatrical swoop Bree says it’s not likely. “I can’t quite imagine performing without it,” he says. “I don’t feel at odds with the character, never have. It’s like, would I ever take all my clothes off on stage and be naked—probably not going to happen.” 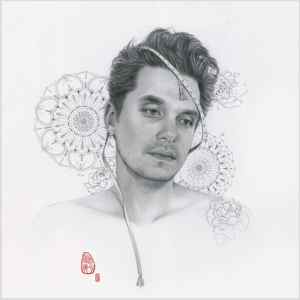 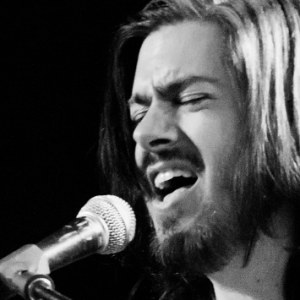