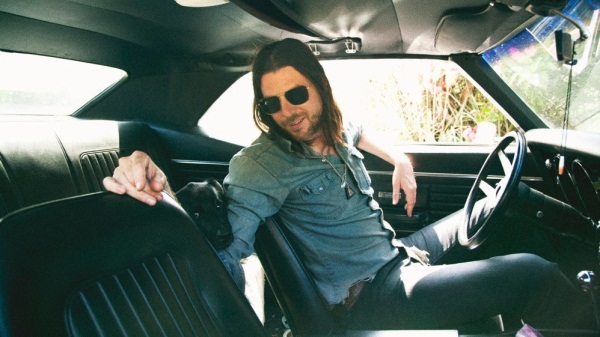 Jonathan Wilson’s studio is on one of those impossibly steep streets in Los Angeles. From the street level, you descend into a tree house-like fortress that seems entirely unconcerned with the modern world. The rooms are full of vintage instruments and analog recording equipment and Wilson, 37 and tall and serene with long brown hair, more inhabits than occupies the space. In the music industry, rarely does success come later in life, but in this and many other things, Wilson seems to be an anomaly.

Wilson is the guy behind many of Los Angeles County’s revered modern day jam sessions, a sort of eminence grise of the folk-rock revival sound, whose baby face may be Dawes (Wilson recorded and produced both their albums), but whose legacy includes the now-mythical busts of Crosby, Stills & Nash, Jackson Browne, Joni Mitchell, and Neil Young.

Originally from North Carolina, Wilson first came to L.A. at age nineteen. He was playing drums in a band, but even then he says his shtick was recording and playing all the instruments. “I’m that dude. I can do an album without anyone else,” he says. After his first West Coast foray, Wilson went back to the South, started a band, and moved into an apartment in a recording studio. Soon the studio’s owner realized that Wilson could play all the instruments for the karaoke backing tracks that the studio did and he didn’t need to hire a full band.

“I had a deal with my band and Warner Brothers, but at the same time, my job was to play these songs – we’re talking Bon Jovi, Oasis, John Cougar Mellencamp. At the time I was so bummed about it. But in hindsight, that was the best thing I could be doing, because I learned hundreds of songs — having to dissect them.”

Fast forward back to the present. Wilson has finally released his first solo album, Gentle Spirit. Today the L.A. light is pouring into his studio’s wood-paneled, vaulted-ceilinged live room. A stained-glass window behind the drums sends little reflected patterns of light across the room. Wilson leads upstairs to the studio’s control room, where he has the fabled console from Leon Russell’s Shelter Records. On the table in front of us sits a faded Buffy Sainte-Marie songbook. Wilson disappears into another room to find a shirt to wear for a photographer.

He sits back down in a chair to discuss his songs. “They are always coming from deeper times of concentration,” he says. “I can’t be in the middle of a day where there’s things happening – phone calls and emails. It’s always done without anyone here. Because once there’s one human factor, it’s not the same. It changes and I can’t be fully immersed in the sound. My personality is always that I’m conscious that someone is downstairs” – like making sure his guests have something to drink, a trait that underscores his compassionate nature.

Though he’s rumored to have great stores of unreleased material – including 2007’s Frankie Ray, which was scheduled for release but pulled at the last second – Gentle Spirit is clearly Wilson’s magnum opus. It’s permeated by nature and magic but its message also seems to be about being alone in life. In “Woe Is Me,” he sings, “It took awhile but I finally found that I am on my own.” In another song, he begs a wild woman not to give her heart to a rambler, a theme that seems to recur on the album.

The most beautiful moments show Wilson’s close feeling for the natural world. He seems to be a part of the world he describes in “Ballad Of The Pines,” when he sings, “That was the moment when the breeze dashed across the wicked seas and came back as the ballad of the pines.”

For a while, though, it seemed Wilson might just be content to sing his songs and let the music industry pass him by. The last song on Gentle Spirit is “Valley Of The Silver Moon,” a tune that features Vetiver’s Andy Cabic and Otto Hauser, and unfolds like a Neil Young slow-burner. It’s about Wilson’s reticence to do what he calls the “peacock ego thing” of being a band frontman. “I’m writing you now from the valley of the nothing moon,” he sings. “I get on pretty well here but I just sit around and hum my tunes.”

In 2009, a book came out about Laurel Canyon’s famous musical history, called Canyon Of Dreams. The book closed a chapter for Wilson. Not long after its release, he moved his studio to L.A. and honed in on Gentle Spirit. Wilson says quitting smoking gave him more confidence to sing harmony alongside elder statesmen like Jackson Browne and David Crosby and finally to do his own thing.
“It was a cool honor to, not only be in the book, but there’s like a picture of ‘The Cros,’ and Graham, and then I’m there,” Wilson says, gratefully. “But when that came out, I told myself it’s time to go now. It’s not time to be that guy forever – ‘That’s the guy who jams,’” he says, half-laughing. “Well, great, the guy who jams. I want to play some concerts.” 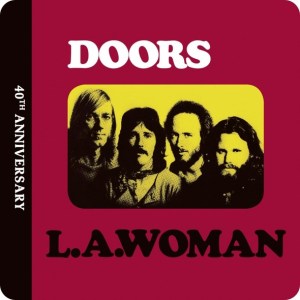 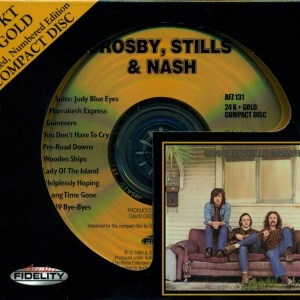